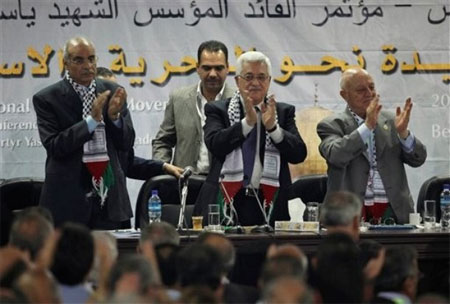 (David Bedein asks if this next session of the Fatah will address the issues of cancelling the Fatah charter to destroy Israel, which was never cancelled,  or the PLO ratification of the DOP from 1993, otherwise known as the Oslo accords, which the Fatah  never ratified)

Speaking to Voice of Palestine, Zaarir, who is also spokesman for the preparatory committee for the congress, said preparations are underway for convening the seventh congress and most of the preparation should be completed by the end of this week.