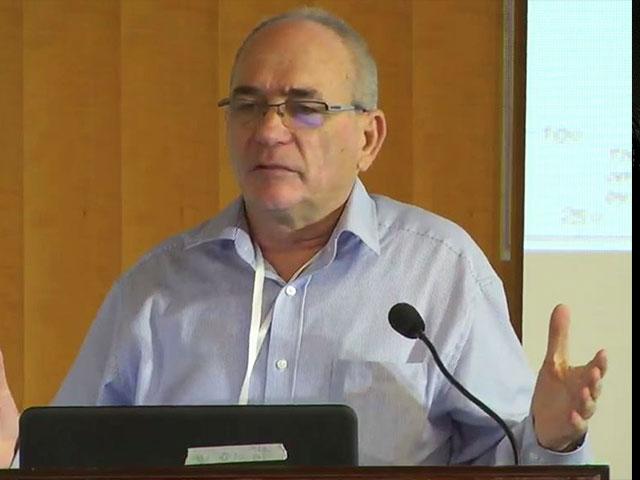 For those who hoped President Donald Trump would bring a fresh approach to the Israeli-Palestinian conflict, Wednesday’s meeting with Palestinian Authority President Mahmoud Abbas may have done just that.

Israeli Brig. Gen. (ret.) Yossi Kuperwasser, former director general of the Ministry of Strategic Affairs and former head of the IDF’s Intelligence Research and Assessment Division, told journalists Thursday morning, “It would be much more interesting to find out what was happening inside the closed doors.”

Kuperwasser said Trump offered Abbas the chance to be seen as the leader of the Palestinians and the opportunity to start a process.

Trump indeed provided the Palestinian leader with a high-profile setting to say whatever he wanted, peppering his comments with enthusiastic statements, such as, “There’s a very, very good chance” and “We will get this done.”

“Abu Mazen [Abbas’s nom de guerre] gave him very little,” Kuperwasser said. “There was nothing new in what he said – lots of use of the word ‘peace,’ but much of it was detached from reality,” like saying they’re educating their children toward peace when their school curriculum and cultural events, especially for children, show they’re doing the exact opposite.

Kuperwasser also noted that Abbas came to Washington a day after the Palestinians pushed the UNESCO resolution denying any Jewish connection to Jerusalem.

“He speaks about them [the Jews] only as a religion, but he ignores and denies that the Jews are actually a people with a sovereign history on this piece of land,” he said. “Any agreement would have to include recognition of Israel as the Jewish state,” something Kuperwasser doubts will happen.

At the press conference, Trump said there could be no lasting peace until Palestinian leaders “speak in a unified voice against incitement to violence.”  He also cited the 1993 Oslo Accords, which call for reaching an agreement through negotiations.

Abbas, meanwhile, repeated the same preconditions that have prevented any meaningful progress for years.

He called on Israel to end its “50-year occupation,” a not-so-veiled reference to the outcome of the Six-Day War. He called for a return to the pre-1967 armistice lines, nicknamed the “Auschwitz” borders because they’re indefensible. And he spoke of a “Palestinian state with Jerusalem as its capital,” envisioning a divided Jerusalem as it was during the 19-year Jordanian occupation from 1948 to 1967.

That “vision” jibes perfectly with the two most recent UNESCO resolutions.  The first one declared the Temple Mount in Jerusalem’s Old City (where the Jewish Temples stood) and the Western Wall, the retaining wall of the 2nd Temple where Jews gather to pray) Islamic rather than Jewish holy sites. The second resolution labeled Jews the “occupiers” of Jerusalem.

“A real process will force them to make real decisions, such as recognizing Israel as the nation-state of the Jewish people. That’s the core of the matter, and it’s going to be very difficult for them to go there,” he said.

Kuperwasser said P.A. leaders will come up with a string of excuses as they always have, such as demanding prisoner releases or halting construction on Jewish communities in Judea and Samaria as a prerequisite to direct negotiations.

“It’s illogical that someone would sit at a peace table and at the same time pay terrorists [serving time], but Israel doesn’t make that a condition for restarting talks,” he said.

“Overnight Thursday, as part of the ongoing activities to counter illegal weaponry, IDF forces uncovered and sealed a large weapons manufacturing factory in Abu Dis [just outside Jerusalem]. The workshop was used to manufacture weapons, ammunition and weapon parts,” the IDF Spokesman’s Office reported in a statement.

“The ball is in the Palestinian court and we’ll see what they will do about it,” Kuperwasser concluded.

Gen. Kuperwasser serves as director of the Project on Middle East Developments at the Jerusalem Center for Public Affairs (JCPA).