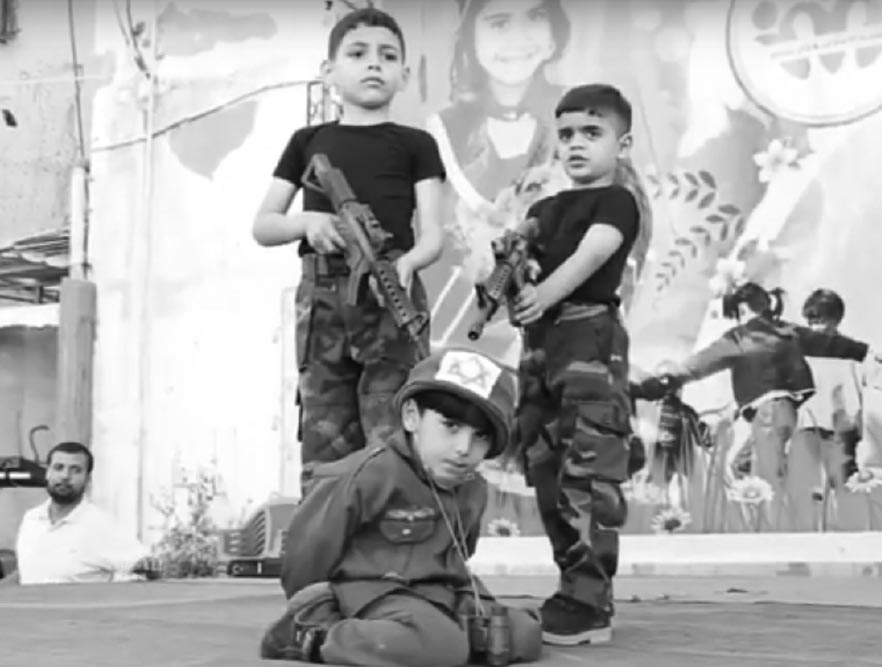 What if a secretive United Nations organization existed that employed murderers and terrorists; that hired trained killers as school principals; that brainwashed children in Islamic fundamentalism; that ran a propaganda machine, using social media to encourage students to kill people just because they were part of a different religion?

Such an organization exists. As detailed in this week’s Opinion page by Jerusalem journalist David Bedein, the agency is called the United Nations Relief and Works Agency, also known as UNRWA. Over the years, it has raised billions of dollars from Western countries, with the United States serving as the lead donor and patron. Just last year, its budget was $1.2 billion, with $400 million coming from the U.S.

UNRWA was created after the 1948 Arab-Israeli war as a temporary agency to assist Arab refugees. Now, nearly 70 years later, UNRWA functions as a propaganda tool of the Palestinian Authority and Hamas.

For years, UNRWA has been shrouded in secrecy with little accountability to donor nations – all the while serving as a base for Arab terror operations. Terrorists have used UN facilities as rocket launching pads; inside its classrooms, teachers indoctrinate half a million kids each day about becoming Islamic martyrs for the sake of Allah. UNRWA also endorses the so-called Right of Return, to villages that are now part of Israel. In its school curriculum, UNRWA rejects the notion of coexistence and calls for an armed struggle against Israelis.

UNRWA’s leaders also serve as an extension of the Palestinian regime. Mohammed Al-Jamasi, UNRWA’s director of engineering, is a member of the Hamas cabinet. Suhail al-Hindi, who until recently was an UNRWA school principal and the leader of its school union, also serves in the Hamas cabinet.

Who else has been working in UNRWA schools? People like Said Sayyam, the late former Hamas minister of interior and civil affairs. He taught for 23 years. Then there is the case of Awad al-Qiq, the ex-headmaster of an UNRWA school in Gaza. He led the Islamic jihad engineering unit that built bombs and Qassam artillery rockets.

Children are taught in UNRWA Palestinian schools that Jews are invaders and likened in text-books to snakes and wolves. Their classroom and schoolbook maps make no reference to Israel, and identify the land only as Palestine. Their teachers focus on jihad, or holy war, and the desire to conquer all of Israel.

They are handed guns and trained to kill Jews and Israelis. One of UNRWA’s most popular employees is Mohammed Assaf, a singer who is known interna-tionally as the winner of the “Arab Idol” music contest. Assaf, a product of UNRWA education, is now the agency’s youth ambassador.

Even though his songs and YouTube videos repeatedly pro-mote martyrdom and violence, he was hired by the UN and is the public face of UNRWA. Hired to promote peace, Assaf seems determined to do the opposite. In and around UNRWA facilities, Palestinians who kill Jews achieve a special status.

Their pic-tures are distributed widely and are posted on street corners, in neighborhoods, and outside of schools. In addition, symbolism looms large in Palestinian society, with a key painted on nearly every street corner. It represents the Palestinians’ demand of the Right of Return to villages that existed before 1948.

If a US nonprofit operated this way with $400 million in federal funds, its leaders would be immediately arrested. It is time for the US to demand that the UN reform its renegade agency committed to hate.

The Jewish Journal MA is a nonprofit newspaper supported by generous readers, committed advertisers and organizations.