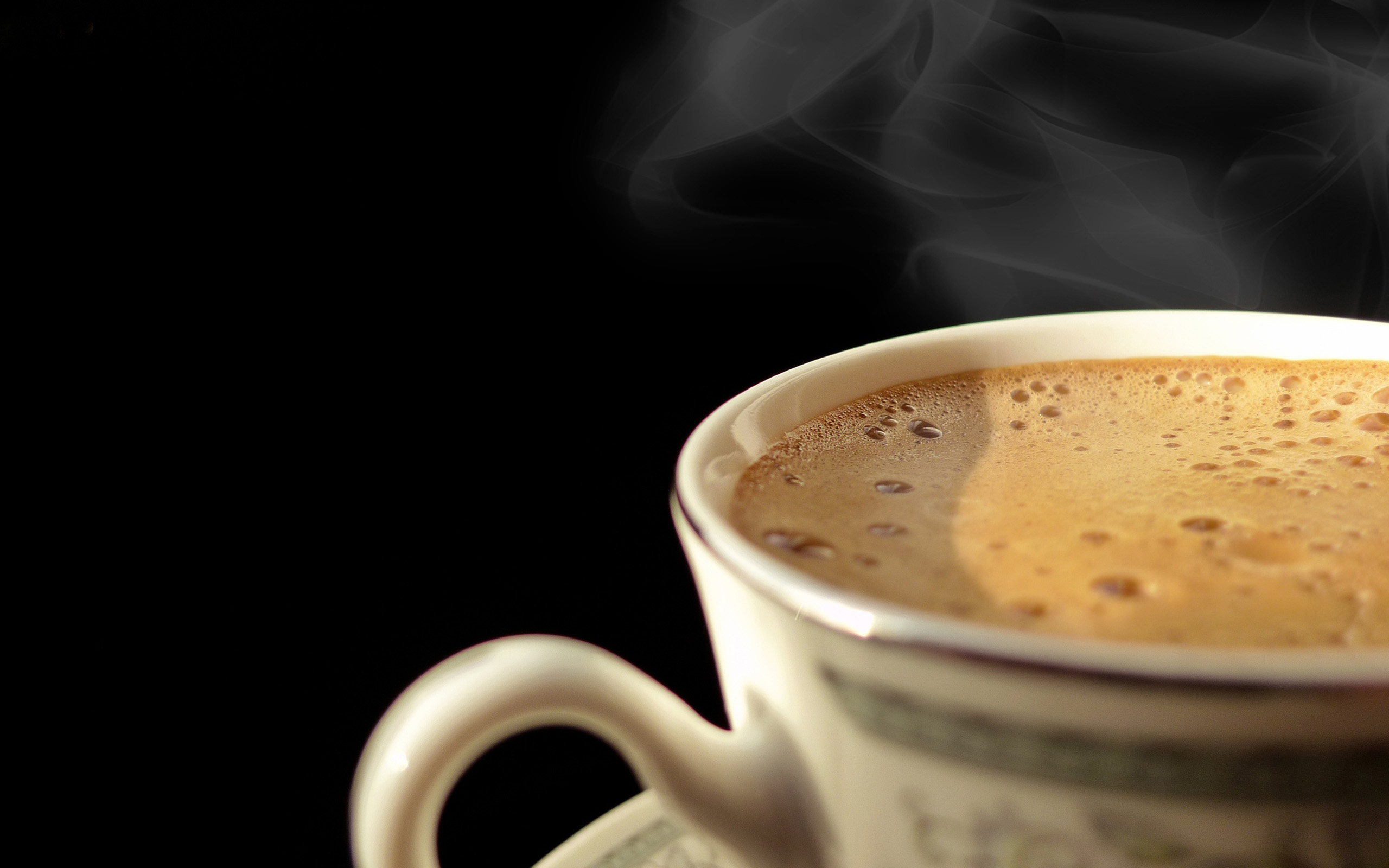 Around 1980, I met Ken and Jan, Quakers who now live in Colorado.  They still have a business in the Philly area, with which I’ve had business dealings since then, and I see them from time to time when they come here. They’re world travelers and just returned from a cycling trip through Palestinian Arab controlled areas and Israel. They kept their friends here informed of their trip with occasional emails, and a long email when they got home. In reply emails to them and the recipient group, I took respectful exception to much that they wrote and I also engaged in email exchanges with one of their other recipients.  I quote from these exchanged emails this week in the belief it’s important for us to grasp the huge gulf in Arab-Jewish Palestine conflict right-and wrong understanding that exists between us and many honorable liberal Christians in the U.S.

[1]  Excerpts from Ken and Jan email to recipient group, Wednesday, May 3:

[The following are brief excerpts from a long email, and exclude much of their explanations for their conclusions, including complimentary things about Israelis]

Jan and I safely arrived in Boulder April 30 Sunday evening officially ending our travels to Palestine & Israel but certainly not our memories…. I confess here our trip to Palestine has blurred our view of Israel.

. . .  Our group consisted of 22 cyclists, 10 people from the United States, 10 people from the UK and 2 Israelis….  Two or four members of our group were associated with Jewish Voices for Peace in Connecticut.  This is a Jewish Peace group working towards ending Israeli oppression of Palestinians.

…. Jerusalem (What is believed to be international territory)

Our first day was a tour of Old Town Jerusalem which included a visit to The Christian Part, The Armenian Section, The Jewish Section, The Muslim Section (The Four Sections) and a visit to the Temple Mount and The Wall better known as the “Wailing Wall”.  Here we discovered that the Old Town is less homogenized then one would hope….  Basically,a segregated city – probably not what Jesus Christ would have aspired for it to be.

We stayed at a variety of simple hotels and had very tasty food (Mediterranean style) and good beer (Taybey) made in Taybeh….

…. The West bank  is the occupied territory of Israel.  And all laws are implemented and enforced by the occupiers…. One cannot help but notice the difference [in Jerusalem] in the public transportation vehicles and the municipal services provided by the Israeli government.  The Arab side of Jerusalem is poorly maintained and the buses are old and decrepit while the Israeli section has great public transportation modern trash and recycling services.

In the states, we perhaps get to read about terrorism as applied to the Palestinians but we do not get to understand its implications of defining or grouping people as terrorist.  Our cycle trip from north to south in the West Bank certainly was revealing.  Our cycle trip ended in Jerusalem – four days later Jan and I left Jerusalem on an Arab bus for the 9-mile trip to visit Ramallah.  The 9-mile trip took 1 hour 20 minutes.  Detours were placed around barrier walls to separate Israeli settlers from the Palestinians (the settlements are on the Palestinian side of the green line) (the Green Line determines Palestinian or Israeli land).  The trip is further delayed when going through various security gates near the Israeli settlements.  This is a trip that should take 20 minutes – not an hour plus.  Palestinians are never certain if they will be permitted to pass through security – it is a day by day thing.  Terrorism is defined as, “The use of violence and intimidation in pursuit of political aims”  Who are the Terrorists?The governments or the people?

Cycling and busing through Palestine one sees the impact of the walls….

…. Throughout the Palestinian territory one finds barrier walls that prevent travel between neighboring communities and major challenges for some Palestinians getting access to their farmable land.

One cannot imagine the oppression, hardship and segregation imposed on the current residents in the biblical town where Jesus Christ was born.  Most Christians would be devastated and perhaps angry to seewhat has become of the root of the history of Christianity.  Jesus would be appalled as would most of us.

Israel being the occupier controls the collection of taxes,water, land rights, and distribution of building permits in the West Bank.  Nothing can be legally built in the West Bank without the approval of Israel.  Farmers in need of agriculture water need permission from Israel which according to many Palestinians is often denied.

The Palestinians can only leave the country by passing through Israeli security into Jordan.  Jordan charges $300 for an exit visa!  Essentially making it impossible for most Palestinians to leave.  Imagine being denied the liberty of leaving your hometown.  Also, traveling between local towns is an arduous event as the good roads are generally restricted to use by Israelis only and the Palestinians must cross various security posts that causes lengthy delays in what would normally be a 10 mile or so commute.  This also includes accessing farmable land.

One day while cycling through a village on the outskirts of an Israeli settlement we encountered a group of young boys (12 to 14 years old).  One boy picked up a few stones and was throwing them at us.  A group Palestinian leader chastised the boy who then appeared very ashamed of what he did.  He obviously had thought we were Israelis from the settlement and was voicing his hatred (frustration).

When one travels the West Bank by bus and bicycles, as we did, you cannot help but realize the Palestinians in the West Bank are not a threat to Israel. They are simply in search of peace….

Our impression of most of Israel is it is a segregated country (community).  The deeply conservative orthodox Israelis are separatist and then you have the residents in the cosmopolitan city of Tel Aviv where tolerance and respect prevails.  Tel Aviv is home to many Jewish Peace Organizations and most residents view the world through tolerance,respect for others and open lenses Thus, our answer about Israel as a country is colored by their treatment of their Palestinian neighbors.  We absolutely loved Tel Aviv.  It is a great city with museums,universities, arts, the beautiful Mediterranean Sea and lively, lovely and caring people.  In the other areas of Israel not much to tout about –except for Tel Aviv it appears to be a racist country that thrives not on unity but on separation and segregation….

…. Jan and I personally cut short our visit to Israel by 6 days because we were exhausted from cycling and overwhelmed by the oppression we witnessed in Palestine.  We made a conscious decision that we were uncomfortable supporting the economy of a country (Israel) that was oppressing and denying basic human rights to the Palestinians as to what we witnessed during our eight day cycle trip and four additional days in Ramallah in the West Bank of Palestine.

[2]  Excerpts of Response to Ken and Jan and Recipient Group by me, Wed, May 3:

Ken, Jan and fellow friends of Ken and Jan,

I’ve known Ken and Jan since about 1980 and have the highest respect and regard for them.  It’s testimony to their openness to sharing opposing viewpoints that they included me, whom I think most of you will regard as a right-wing Zionist Jew, in their emails about their extraordinary Palestine trip.

I of course take exception, respectfully, to some of their assessments….

Eminent British historian James Parkes, who was also an Anglican clergyman, wrote that the continuous, tenacious post-biblical homeland presence of Jews wrote the Zionists’ “real title deeds.”  I wrote a book, Israel 3000 Years, tracing that presence. It’s on Amazon, but I’ll be pleased to send each of you a gratis copy if you email me a mailing address….

Hamas and Fatah claim the entirety of Palestine west of the Jordan, “from the river to the sea,” as Arab.  We claim it as Jewish.  Our case is based on that continuous biblical and post-biblical homeland presence; on still-in-effect international treaties, particularly San Remo and the Mandate; and that “The Palestinians,” as even we gratuitously call them, have long had a “Palestinian” state, Jordan,comprising 78% of the Mandate, and a majority population considering itself Palestinian.

….  The Arabs have never given us a moment’s peace.  Five Arab nations’ armies instantly invaded in 1948 “to drive the Jews into the sea.”  It is a testament to Israel’s reality as a natural (not “created”) state that a homeland army of homeland Jews threw back that invasion. You doubtless remember Israel’s astonishing survival victory in June 1967.  You may not remember May of that year, but every Jew in the world who was an adult at that time, including me, remembers it.  Nasser blockading the Straits of Tiran and issuing blood-curdling cries for Israel’s destruction, Jordan entering into a military alliance with Egypt, the United Nations folding its tents, Arab armies marshaling on Israel’s boundaries, 9-miles-wide in the lowland center,etc.  Believe me, we feared a second Holocaust in a quarter century was in the offing. The United States stood alone in the world with us in the surprise attack of 1973.  Terrorism, for all that the world does not call it that, has never abated.

…. I don’t expect you to see the Arab-Jewish Palestine conflict in the light that Jews like me see it.  What I hope you will see is some historical basis for the way that we see it.  Any hope for a realistic peace, I believe, has to begin with Western acceptance that the Jews have a substantial, albeit contested, homeland claim.

I’m glad that Ken and Jan arrived home safely, and hope that they also found Israel’s Gold Star beer (for all that such sampling enhanced Israel’s economy) equally to their liking.

…. There are two points under “Impact of Defining Terrorist” in your trip email last Wednesday on which I’ll comment:

[1]  We of course don’t agree that “the green line determines Palestinian or Israeli land.”  It was drawn in the 1949 Israel-Jordan armistice agreement as exclusively a military ceasefire line without prejudice to either side’s claims re borders.  And 242 following the 1967 war pointedly did not require Israeli retreat to those lines, which the liberal Eban rightly called “Auschwitz lines.”  Nine miles wide in the heavily populated low land middle, without Judea, Samaria and heart of Jerusalem.  It would bring more war not peace.  Israel’s “peace partner,” the “Palestine Liberation Organization,” was formed in 1964, three years before the renewed war for Israel’s destruction, launched against it while it was still inside the perilous green line.  Nor did terrorism abate during 1949-67.

[2]  Re what constitutes terrorism, back in 2002 I was one of the three speakers at an utterly justified Jewish community protest outside the Philadelphia Inquirer.  Here’s how I began my remarks:

“We’re here today because mass murderers who pack bombs with nails, screws, rat poison and hate, to murder and maim as many men, women and children as they possibly can, in buses, restaurants, shopping malls, discos, pool halls, parks and a Bat Mitzvah and a Passover seder, aren’t militants, anytime, anywhere. They’re terrorists, every time, everywhere.”

I had another civil exchange with Ms. ….  We’re not changing each other’s views, but it’s meaningful for each of us to grasp what the other’s views are.

We have a long way to go in making our homeland case to the West, that we’re not settlers and occupiers in a Palestinian “East” Jerusalem and “West Bank,” don’t you think?