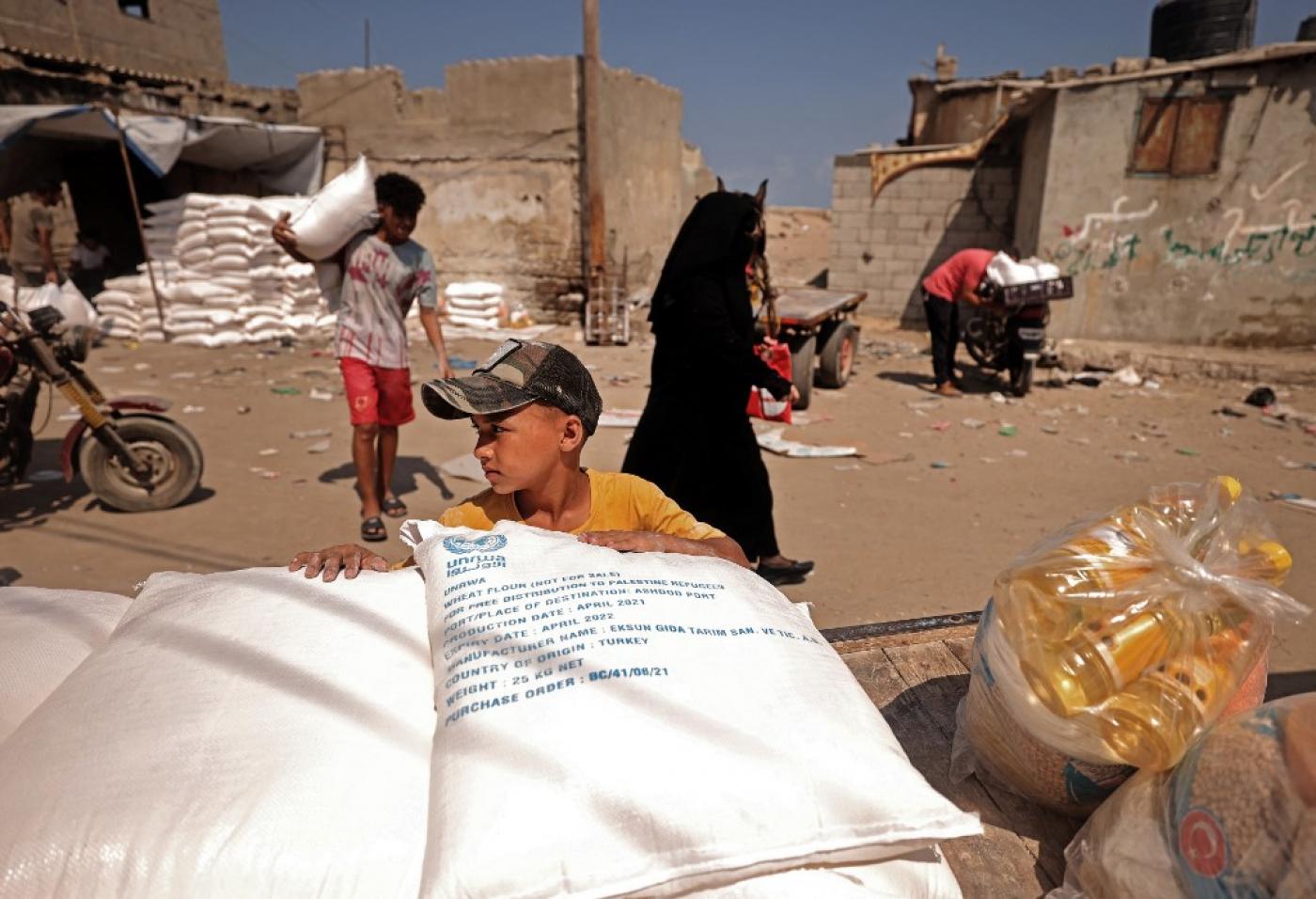 A report by the Palestine Return Centre (PRC), a London-based advocacy group for the right of return, issued on Thursday looked at a two-year working plan signed in May between the US State Department and UNRWA, saying it “signals a reawakening of the US pro-Israel policy”.

UNRWA was founded in December 1948 to provide relief programmes for around 750,000 Palestinian refugees who were expelled by Zionist militias from their villages and towns during the establishment of the state of Israel – an event known to Palestinians as the Nakba, or “catastrophe”.

The current figure for refugees registered as eligible to receive aid from Unrwa is 5.7 million.

The US had been UNRWA’s largest single donor, followed by the European Union, until 2018, when the administration of then-US President Donald Trump cut its yearly contribution from $360m to $60m, before cutting all funding in 2019 – leaving the organisation cash-strapped.

In April, the administration of President Joe Biden announced that it was planning to provide $235m of aid in a bid to engage with the Palestinian Authority (PA) and move forward with a two-state solution.

Unrwa confirmed at the time that it would receive $150m of this aid from the US, barely enough to support its 700 schools and 150 health clinics that help Palestinians in the occupied West Bank, Gaza Strip, Jordan, Syria and Lebanon.

But the new funding has been predicated on a “Framework for cooperation” signed by the US and UNRWA setting provisions, in line with US laws regarding who will receive the money.

In its report, PRC said that US demands “seek to liquidate the Palestinian refugee cause, deny Palestinians’ refugee status, and relocate them outside their homeland”, all of which “weakens (UNRWA’s) underlying principle of autonomy”.

“Humanitarian action must be kept away from any objective or actor that might manipulate its mission,” PRC said.

“The document includes signs of prejudice and partiality that strike at the foundations of the Palestinian refugee status,” the organisation wrote. “It stipulates that Palestinian refugees who had received military training be excluded from UN assistance under the pretext of fighting terrorism.”

Meanwhile, PRC argues, the framework overlooks the broader issues surrounding Palestinian refugees, as “no single reference is made to the right of return or the historical context of the issue”.

Palestinian factions and activists have rejected the framework, calling it “illegal” under international law, and stating that it gives the US undue control over an international body.

Palestinian factions have vowed to launch a series of protests against it in September. On Monday, a sit-in protest was undertaken at the UN headquarters in Gaza Strip against the new arrangement.