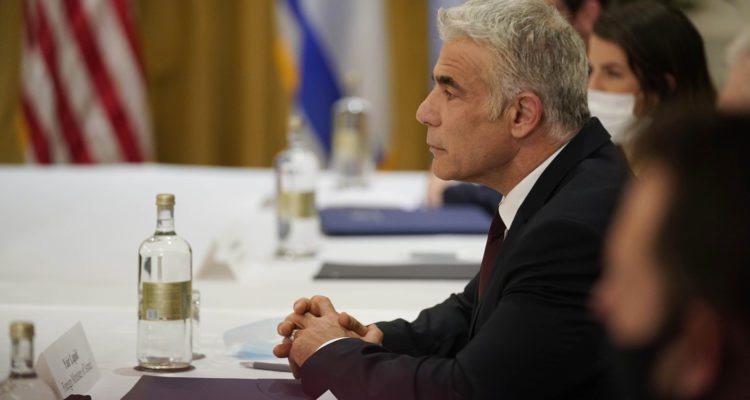 The law firm that won a half-billion shekel case against the Palestinian Authority three years ago said it received a notice that the next government will deal with the issue.

Despite a court order, the Israeli government led by Yair Lapid is refusing to release half a billion shekels confiscated from the Palestinian Authority (PA) that are supposed to go victims of Arab terror, the lawyer who won the case charged Tuesday.

Nitsana Darshan-Leitner, founder and head of Shurat Hadin-Israel Law Center, wrote on Facebook that she had received a formal notice from the state saying that the money transfer will not take place as it is an issue for the incoming government to deal with.

“Are the rights of victims a political issue?” she asked rhetorically.

The notice, she wrote, means prolonging a delay that is already three years old.

The Jerusalem District Court had ruled in 2019 that the PA was liable for the myriad terror attacks that took place in Israel during the Second Intifada (2000-2005). In April 2020, the compensation was set at NIS500 million, to be given to 17 plaintiffs representing 34 victims who had died and seven who were injured, mostly during this period.

The money was to be paid from an account established according to the “Pay for Slay” law, which requires the government to withhold taxes from the PA that equals the amounts the PA gives to Palestinian prisoners who planned or carried out terror attacks, and to the families of those killed in their attempts to murder Jews.

Shurat Hadin put a foreclosure order on the account in the amount of the court-set recompense, the prominent anti-terror attorney wrote. The firm also went to court to compel the government to enforce the judgment – so far to no avail.

“What is [the government] afraid of?” Darshan-Leitner asked. “Of the collapse of the Palestinian Authority? The same authority that transfers a billion shekels a year to Palestinian prisoners can’t pay a hundred million shekels to terror victims?”

According to Darshan-Leitner, the state has not merely let the wheels of bureaucracy grind slowly.

“When we opened the enforcement case,” she wrote, the government “demanded that the victims pay the fee for opening the case – over a million shekels. It thought that this would make us despair of ever receiving the compensation that the victims were entitled to. It was wrong. The court accepted our request and rejected the [necessity of] paying the fee.”

Darshan-Leitner did not specify which administration tried this maneuver –  whether Likud-led coalitions and transition governments of 2019-2021 or the unity government of the last year and a half.

What angered the attorney most was the government’s attempt to resist a legal mandate.

“How dare the state thwart the implementation of a judgment, ignore its own laws, the judgments of its own courts…and refuse to transfer to the victims what they legally deserved?” she declared.

Shurat Hadin has now turned back to the court to force the state to pay out the money from the fund set up for this purpose.

“We will not let [the government] protect the Palestinian Authority at the expense of the victims,” she wrote.

This past April, Israel’s High Court of Justice ruled that the stipends that the PA gives to terrorists shows its “consent to their actions, in a manner that takes responsibility for the acts.” This, it said, made the Authority liable to pay compensation – although not punitive damages – to the victims of their attacks.

Following the ruling, in another victory for Shurat Hadin, the Jerusalem District Court ordered the PA in June to pay NIS 130 million to 32 families that lost members to terror attacks during the Second Intifada.

This decision could open the door for those affected by Palestinian terrorism to the present day to sue the PA for hundreds of millions of shekels, if not more, which would bankrupt the PA if forced to pay, causing its collapse.