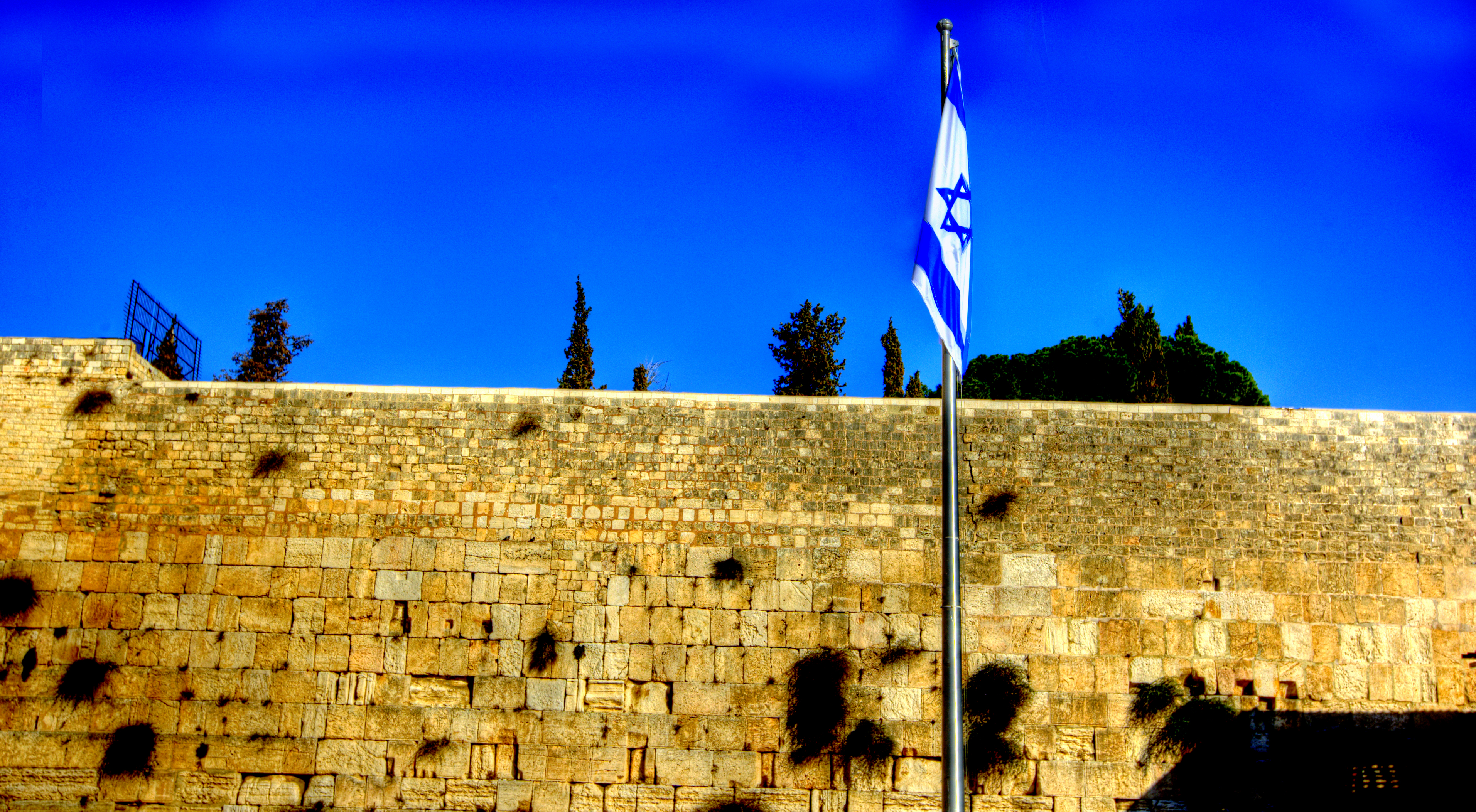 There was no Kotel prior to the middle of 16th century. The area that we call the Western Wall is not the last remaining ruin of the Second Temple. The four retaining walls of the Temple Mount, including the western wall, existed since King Herod directed the expansion of the Second Temple in 20-19 BCE.

Jews did not pray at the Western Wall until some time in the 16th or 17th century. One of the reasons why Jews did not pray there was because for many centuries access to it was blocked by residential buildings – just as the Northern Wall is inaccessible even today. Ishtori Haparchi (1280-1366), author of one of the earliest geography books of the Holy Land, made no mention of a western wall when he described the geography of Jerusalem of his time in great detail. He did note that in his day Jews prayed at the eastern wall and outside the gates of the southern wall. They did not pray at the western wall because there was no way to reach it.

The area currently known as the Western Wall is not mentioned in any Jewish source prior to the sixteenth century. It is not mentioned even once in either the Babylonian Talmud (completed in the sixth century CE) or the Jerusalem Talmud (completed about two centuries earlier). There is an ancient tradition (cited in Midrash Exodus Rabbah 2) that “the Shechina [God’s presence] will never move from the Western Wall.” This saying did not refer to the present Western Wall but, instead, described the ruins of the western wall of the Second Temple building, ruins that were mentioned by many medieval pilgrims, including Benjamin of Tudela (1130-1173).

All this changed at noon on Thursday January 14, 1546. On that day a severe earthquake hit the region. According to eye witnesses, hundreds of people were killed. A landslide stopped the flow of the Jordan River for two days. A tsunami battered the Mediterranean coast from Acre to Gaza. The Mediterranean coast line retreated so that one could walk on the seabed with dry feet. When the sea came back, a great many people were killed. In Jerusalem the Temple Mount and the quarters surrounding it were the area hardest hit by this earthquake. The golden roof of the Dome of the Rock (or Al Aqsa, according to another source) collapsed, as did many of the houses that had been built along the western wall. These were the very houses that for centuries had prevented access to the western wall. The approach to the western wall was no longer blocked by houses occupied by many people. Now Suleiman was ready to instruct his engineers to clear the ruins and to prepare an area of the western wall as a Jewish prayer site.

The new Jewish site was not large. Until 1967 it was a narrow alley. On one side of it were the houses of a thickly settled Arab neighborhood known as the Mughrabi Quarter that was first settled in the 12th century by Muslim immigrants from North Africa. On the other side of this alley was the retaining wall of the Temple Mount. This prayer area, was only 28 meters long; it occupied less than six percent of the western wall’s total length of 488 meters. It was a very small area could barely accommodate a few hundred people.

In the first few centuries after Sultain Sulamein designated it as a place of prayer, the Western Wall was utilized only infrequently by its intended users. Early descriptions indicate that Jews came to the wall to pray for Divine help only when they faced very critical problems. Regular daily prayer services were not held there until the middle of the 19th century.

*Meir Loewenberg is professor emeritus at Bar Ilan University’s School of Social Work. He earned his bachelor’s degree in history and literature at Harvard University, a MSW degree from Columbia University, and a Ph.D. in sociology and social work from Wayne State University. He and his family moved to Israel in 1971 and now live in Efrat. He is the author of more than one hundred publications, many of them resulting from his research on the history of Jerusalem and the Temple Mount.