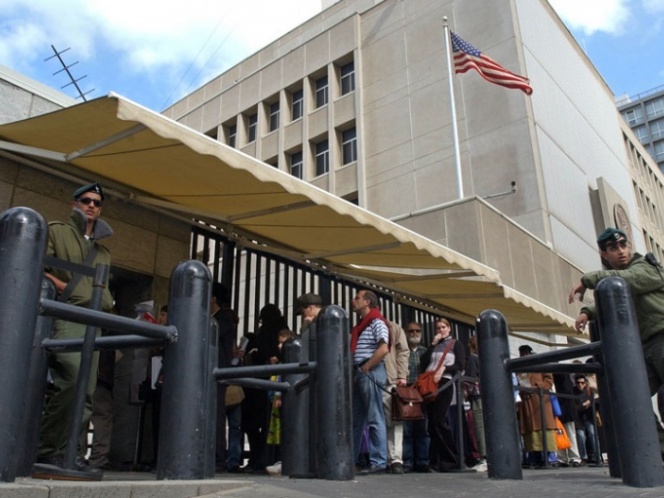 Investigative journalist David Bedein, the head of the Center for Near East Policy Research,warned that the law requiring the US embassy to be relocated from Tel Aviv to Jerusalem does not recognize Israeli sovereignty over its capital, and that it would be better for Israel if US President Donald Trump signed the Security Waiver delaying the implementation of the law in order to provide time for Congress to fix the problems with the legislation.

“I was in Washington, in the capital, when the law was passed. I watched the negotiation go on, when Faisal Husseini, representing the PLO, and Yossi Beilin, representing the Israeli government, watered down the law. Instead of a law which would recognize the sovereignty over Jerusalem by Israel, but instead just moves the embassy without sovereignty,” Bedein said.

“It goes according to the American law which, number one, doesn’t recognize Jerusalem as part of Israel, and number two, makes [Jerusalem] into a Corpus separatum, separate from Israel. If Trump delays the move of the embassy, that is very good, because it allows for a change in the law,” he said.

He called on US citizens to contact their representatives in Congress to amend the law in the coming months to add recognition of Israeli sovereignty over Jerusalem to the legislation.

If the PA Lacks Funds to Combat the Coronavirus, It Should Stop Paying Salaries to Terrorists

Why is it Important to Translate into German the Contents of Palestinian Authority Textbooks Used in UNRWA Schools?

If the PA Lacks Funds to Combat the Coronavirus, It Should...

Brig.-Gen. (res.) Yossi Kuperwasser - March 27, 2020
According to official Palestinian reports, the actual expenditure by the Palestinian Authority on salaries to incarcerated terrorists during 2019 was 517.4 million shekels ($148...