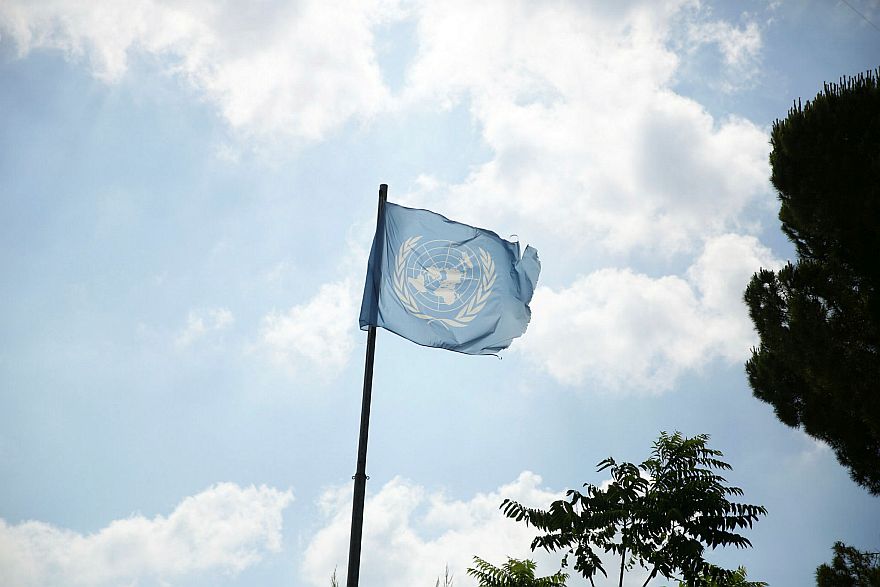 The head of UNRWA’s employees’ union in the Gaza Strip is a fairly anonymous Hamas official who has been placed by the terror organization inside the agency as a “sleeper” who can use the organization’s resources for Hamas’ purposes, TPS has learned.

Arab media reported that the event was perceived as a victory for Islamic elements in the Gaza Strip and underscored the failure of their opponents on the Fatah list. The List, a joint Hamas-Islamic Jihad organization, won 22 of the 27 seats.

Amir al-Mashal, who as already served as head of the UNRWA employees union in Gaza, led the List to its latest victory.

Salameh Shalakh, an Islamic Jihad official, admitted that the List was “a union of Islamic organizations.”

The United Professional List has previously served as a non-for-profit Islamic organization but has been listed as a political organization since Hamas took control of the Strip in 2007.

This group ran for the Palestinian Authority (PA) parliament in 2006 and in the municipal elections in 2005 and now serves as the firm basis for Hamas’ regime.

As first reported on by David Bedein of the Center for Near East Policy Research, and independently corroborated by TPS through Gazan and Palestinian Authority (PA) officials, Al-Mashal is a “sleeper,” a Hamas member placed at a key position from which he can use the organization’s resources for the terror group’s needs.

Dr. Suhail al-Hindi, a member of Hamas’ Political Politburo, served as chairman of the UNRWA employee union before al-Mashal.

Al-Hindi served as a senior member of UNRWA, which is funded by the U.S. and the European Union and which is responsible for disseminating support to hundreds of thousands in Gaza while serving as a senior Hamas member, designated by the U.S. as a foreign terror organization.

After his appointment to Hamas’ leadership, al-Hindi issued a series of denials claiming he had not been elected to Hamas’ bureau. He even claimed he planned to sue those responsible for the reports.

UNRWA has objected to its staff belonging to Hamas or other terror organizations but has not taken decisive action on its own initiative to enforce its objections. UNRWA suspended al-Hindi after it was discovered that he had been elected to Hamas’ political leadership and even Israel exerted significant pressure.

Source in Gaza told TPS that al-Mashal is a middle-level Hamas official who succeeded al-Hindi as head of the UNRWA employees union after the latter was forced to resign two years ago following Israeli protests over his dual UNRWA – Hamas membership.

Al-Mashal was chosen for the job because he has no prior terrorism-related record and can operate with relative freedom. He has been ordered to hide his membership in Hamas.

Al-Hindi recommended that al-Mashal take his place because of his intimate knowledge of UNRWA and because he is a Hamas member. In the Hamas ceremony honoring al-Hindi for his service in UNRWA, al-Mashal was the one who presented him with the certificate.

Since al-Hindi’s dismissal, Hamas has been careful not to publicize its involvement in UNRWA.

However, al-Mashal receives a lot of attention from the local media, a status reserved for the leadership. Similarly, he can hold mass rallies, another testament to his elevated rank.

Since Hamas’ takeover of Strip, Hamas has operated to infiltrate and take over key organizations, including UNRWA, which is considered an important source of funding for Gaza’s residents. Hamas now controls most of the main unions in Gaza.

Hamas uses UNRWA to feed Gaza, but also uses it as leverage or as a way to gain the public’s support in the Strip.

IDF General (Res.) Eli Ben Meir, who served as deputy head of the Intelligence Directorate, told TPS that there is a significant body of research into Hamas’ utilization of UNRWA resources and facilities for its own purposes. He noted that this was not forced on UNRWA by Hamas, but rather it is an agreed-upon arrangement.

Hamas takes advantage of UNRWA’s status as a cover for its terror-related operations, he explained. Hamas and UNRWA coordinate their activities.

Hamas notifies UNRWA of its actions and tells them when to stay away so they can later claim innocence.

Responding to an inquiry by TPS, UNRWA spokesman Sami Mashasha stated that al-Mashal was democratically elected, and therefore UNRWA does not intervene in his appointment.

He dismissed the reports that the List is supported by Hamas and Islamic Jihad as “assessments” which UNRWA will not comment on.