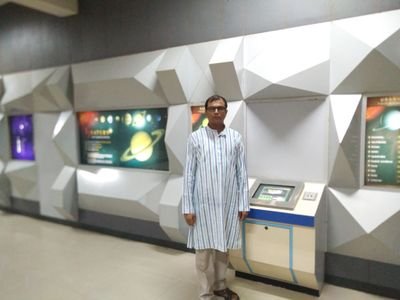 In an exclusive interview, Shipan Kumer Basu, the head of the Hindu Struggle Committee, discussed the ongoing genocide against minorities in Bangladesh and how Sheikh Hasina’s government is cooperating with ISIS.

In an exclusive interview with Shipan Kumer Basu, the head of the Hindu Struggle Committee, Basu related that Sheikh Hasina’s government has let ISIS gain a foothold in Bangladesh in recent times. He reported that ISIS has committed numerous atrocities against the minority communities such as grabbing lands, raping and burning down homes while preaching Jihad: “Hindu Temples are destroyed and idols are looted.”

According to Kumer, once ISIS was established as an international terror organization, Sheikh Hasina changed her tactics and got her party radicals alongside the local administration especially the police to terrorize the minority communities: “Even in the period prior to 1971, there were not so many atrocities as there have been in recent days.”

Kumer cited a number of atrocities being implemented against the minority communities in his country. For example, a youth leader under the ruling party of Sheikh Hasina burnt down 250 minority homes on June 1st. On June 10, a headless body of a minority woman was found. She was raped and murdered: “She was 20 years old. Local radicals of the ruling party killed her to terrorize her family and to give away land.” On June 11th, another minority woman was raped and beaten to death in broad daylight in the country. Kumer reported that a woman was even raped inside of a police station after seeking to report an incident to the authorities.

“I want to let the international community know what is going on inside Bangladesh,” Kumer proclaimed. “This is our country. We can’t go to other countries and live as refugees. The world is already facing a huge refugee crisis. So, I contacted my foreign friends to help us get our rights back. Mendi Safadi, the head of the Safadi Center, has been at the forefront of our cause in international forums. He has already presented our cause to the UK, the EU Parliament and various other places. The world should pay attention to this dreadful situation and the systematic genocide against minorities in Bangladesh.”

In response to his activities, there have been rumors spreading in Bangladesh that Kumer is working with foreign agents and seeking to divide the country but he replied: “I just want to say to them that I am fighting for my own minority people and our right to live in our country. Safadi assured us that Sheikh Hasina’s government will be brought down this year and the power will be transferred to the military until the next election. Sheikh Hasina should know what we have the power to let the world know about these atrocities. We have the freedom and the right to live in our own country.”