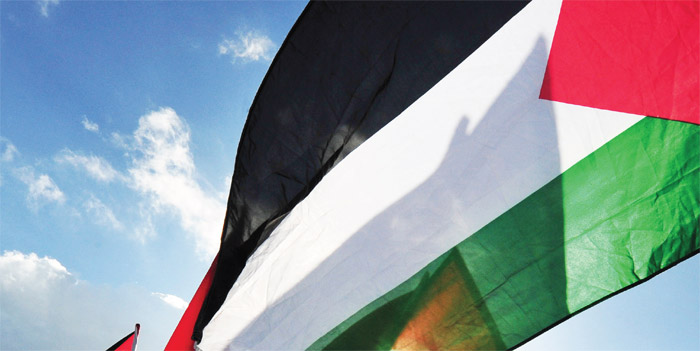 The Mandate for Palestine, a historical League of Nations document, laid down the Jewish legal right to settle anywhere in western Palestine, a 10,000- square-miles area between the Jordan River and the Mediterranean Sea.

The Mandate’s roots can be traced to the founding of modern Zionism in August 1897 and the Balfour Declaration of November 2nd, 1917. After witnessing the spread of anti-Semitism around the world, Theodor Herzl felt compelled to create a political movement with the goal of establishing a Jewish National Home in historic Palestine, and assembled the first Zionist Congress in Basel, Switzerland. During World War I, Foreign Secretary Arthur Balfour simply expressed Great Britain’s view with favor for “the establishment in Palestine of a national home for the Jewish people.”

The Mandate is a multilateral binding agreement which laid down the Jewish legal right to settle anywhere in the geographical area called Palestine, the land between the Jordan River and the Mediterranean Sea, an entitlement unaltered in international law. 51 1922: “Whereas recognition has been given to the historical connection of the Jewish member countries—the entire League of Nations—unanimously declared on July 24, people with Palestine and to the grounds for reconstituting their national home in that country.”

It is important to point out that political rights to self-determination as a polity for Arabs were guaranteed by the same League of Nations in four other mandates—in Lebanon and Syria [The French Mandate], Iraq, and later Trans Jordan [The British Mandate].

The Mandate clearly differentiates between political rights referring to Jewish self-determination as an emerging polity—and civil and religious rights, referring to guarantees of equal personal freedoms to non-Jewish residents as individuals and within select communities. Not once are Arabs as a people mentioned in the Mandate for Palestine. Nowhere in the document is there any granting of political rights to Arabs.

Selective Articles from the Mandate for Palestine

Article 2. Calls to place the country “Under such political, administrative and economic conditions as will secure the establishment of the Jewish national home, as laid down in the preamble, and the development of self-governing institutions, and also for safeguarding the civil and religious rights of all the inhabitants of Palestine, irrespective of race and religion.”

Article 4. Calls for “An appropriate Jewish agency shall be recognised as a public body for the purpose of advising and co-operating with the Administration of Palestine in such economic, social and other matters as may affect the establishment of the Jewish national home and the interests of the Jewish population in Palestine, and, subject always to the control of the Administration to assist and take part in the development of the country.

The Zionist organization, so long as its organization and constitution are in the opinion of the Mandatory appropriate, shall be recognised as such agency. It shall take steps in consultation with His Britannic Majesty’s Government to secure the co-operation of all Jews who are willing to assist in the establishment of the Jewish national home.

Article 5. Clearly states that “The Mandatory [Great Britain] shall be responsible for seeing that no Palestine territory shall be ceded or leased to, or in any way placed under the control of the Government of any foreign power.” The territory of Palestine was exclusively assigned for the Jewish National Home.

Article 6. of the Mandate for Palestine document, states that “the Administration of Palestine, while ensuring that the rights and position of other sections of the population are not prejudiced, shall facilitate Jewish immigration under suitable conditions and shall encourage, in co-operation with the Jewish agency referred to in Article 4, close settlement by Jews on the land, including State lands and waste lands not required for public purposes.”

Accordingly, Article 6, makes it clear that Jewish settlements are not only permissible, but actually encouraged. Jewish settlements in Judea and Samaria (i.e., the West Bank) are perfectly legal. The use of the phrase “Occupied Palestinian Territories” is a disingenuous term that misleads the international community, while encouraging Palestinian Arabs, with the right to use all measures to attack Israel, including the use of terrorism.

In the first Report of the High Commissioner on the Administration of Palestine 1920-1925 presented to the British Secretary of State for the Colonies, published in April 1925, Herbert Louis Samuel the most senior official of the Mandate, underscored how international guarantees for the existence of a Jewish National Home in Palestine were achieved:

“The [Balfour] Declaration was endorsed at the time by several of the Allied Governments; it was reaffirmed by the Conference of the Principal Allied Powers at San Remo in 1920; it was subsequently endorsed by unanimous resolutions of both Houses of the Congress of the United States; it was embodied in the Mandate for Palestine approved by the League of Nations in 1922; it was declared, in a formal statement of policy issued by the Colonial Secretary in the same year, “not to be susceptible of change.”