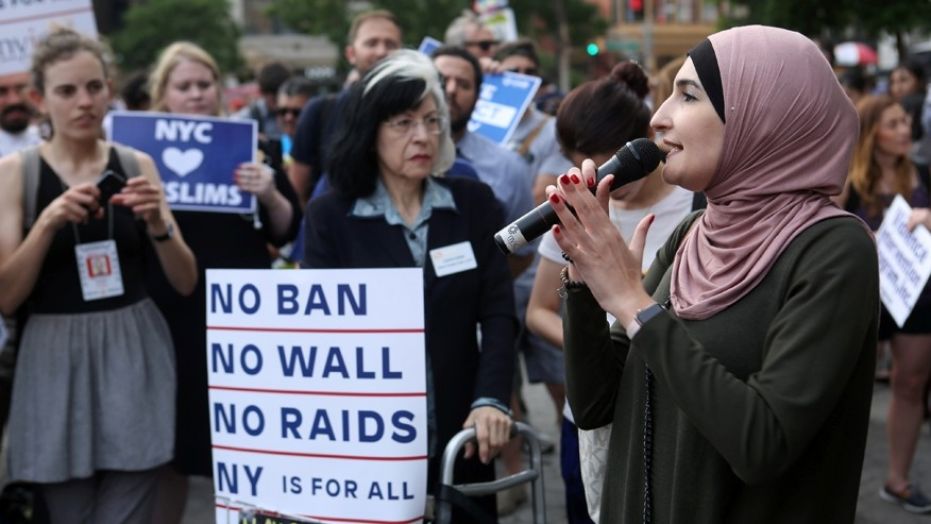 Hatred of Jews is an ancient cancer of the soul that refuses to die. For thousands of years, successive generations of bigots have embraced it, each trying to sell anti-Semitism in a new and more attractive way, with new lies and slanders. One of the most prominent peddlers of this vile doctrine in America today is Palestinian-American Linda Sarsour.

Sadly, Sarsour is just one of many enablers and inciters of a troubling new anti-Semitism growing in America today, especially on college campuses, where it is poisoning young minds.

Like a wolf in sheep’s clothing, this new anti-Semitism seeks to disguise itself – often by posing as a progressive movement supporting human rights of Palestinians. But like the wolf that masquerades as a sheep, the modern-day Jew-haters are what they are, regardless of how they seek to cover it up.

Making Jews a minority in the land of Israel, which was created to be the only Jewish state on Earth, would turn the country into yet another Arab-majority Mideast nation.

Sarsour gained instant media celebrity status as co-chair of the National Women’s March protesting in Washington against President Trump the day after his inauguration. She was warmly embraced by many as a leader of the so-called “resistance” to our new president.

Speaking to the Islamic Society of North America in July, Sarsour said that Muslims are “struggling against tyrants and rulers not only abroad in the Middle East or on the other side of the world (she means Israel), but here in these United States of America where you have fascists and white supremacists and Islamophobes reigning in the White House.”

And Sarsour is also a strong supporter of the Boycott, Divestment, and Sanctions (BDS)movement against Israel. The movement compares Israel to South Africa under its former white minority government that discriminated against nonwhites. BDS seeks to isolate Israel from the world as an international pariah, calling for the end to investment, trade, cultural and academic ties with the Jewish State.

The BDS movement echoes the boycott of Jewish businesses ordered by Adolf Hitler after he became the dictator of Germany in 1933. The Star of David was painted on the doors and windows of businesses owned by Jews, along with anti-Semitic slogans and signs saying “Don’t Buy from Jews.”

And while Sarsour asserts she is not against the existence of Israel, her claim is absurd. She wants to replace Israel with a “one-state solution” in which the culture and identities of over 6 million Jewish citizens would be extinguished and subsumed under a nation combining Israel, the West Bank and Gaza that would quickly have an Arab majority.

Making Jews a minority in the land of Israel, which was created to be the only Jewish state on Earth, would turn the country into yet another Arab-majority Mideast nation. From Morocco to Iraq, those nations drove out most of their Jewish citizens decades ago and have a long record of discrimination against the few who remained. Israeli Jews would meet a similar fate, or worse.

Sarsour is a symptom of worsening anti-Semitism in America. In 2016, despite constituting under 2 percent of the U.S. population, Jews were the targets of 684 of the 1,273 anti-religion incidents tallied by the FBI – more than double all other anti-religious attacks combined.

Most of the incidents involved damage or vandalism against synagogues and cemeteries. But 238 involved ugly intimidation on our nation’s campuses. FBI findings are echoed by an Anti-Defamation League report that shows anti-Semitic incidents in the U.S. surged by more than one-third in 2016, and by an astounding 86 percent in the first quarter of 2017. This includes a doubling of anti-Semitic bullying and vandalism at schools.

Fortunately, there is no indication that most Americans have embraced anti-Jewish attitudes. A 2017 Pew Poll shows that 67 percent of Americans have “warm” views about Jews.

However, there are troubling signs. For example:

At a time when Linda Sarsour and progressive “anti-Zionists” have joined racist and neo-Nazi groups working to end America’s long history as friendly territory for Jews, we would do well to heed the words of an American hero revered by all – President George Washington.

In 1790, our first president wrote of his good feelings for Jews in a letter to the Hebrew Congregation of Newport in Rhode Island, asserting that the U.S. government “gives to bigotry no sanction, to persecution no assistance.” He added: “May the children of the stock of Abraham who dwell in this land continue to merit and enjoy the good will of the other inhabitants – while every one shall sit in safety under his own vine and fig tree and there shall be none to make him afraid.”