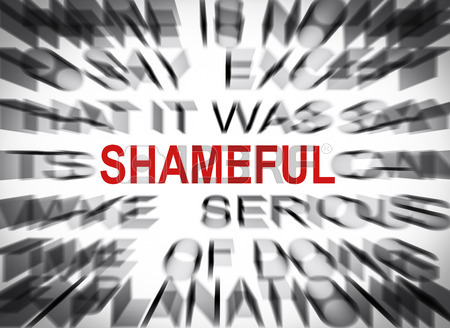 On 31 October at Beersheba I listened to endless platitudes, mutual back slapping and great sounding sentiments from the Prime Ministers of Australia and Israel and the Governor General of New Zealand.

I instinctively knew that all the high-sounding rhetoric would evaporate like hot air in a short space of time as soon as hard decisions had to be made at the United Nations. Sure enough 30 November proved once again that all the “matey” speeches commemorating the Anzac liberation of Beersheba and later of Jerusalem were either deliberately designed to confuse or were just another example of political duplicity.

Whatever the objective, the fact remains that the smell emanating from the deposits made on the streets of Beersheba by the parading horses was nothing compared to the stink wafting from the General Assembly of the UN on the last day of November.

During the centenary commemorations much was made of the fact that if not for the sacrifices of the Anzacs in liberating Beersheba it would not have been possible to liberate Jerusalem and defeat the Ottomans. Nothing can detract from the heroism of the Anzacs but I venture to suggest that if those gallant soldiers were alive today they would be appalled at the way current politicians continue to sell the Jewish State down the river.

Voting against one-sided and historically defective resolutions also takes courage and moral fortitude. Standing up to immoral majorities and refusing to join in the gang bashing of Israel would seem to be a natural course of action for Australia and New Zealand, both of whom originally voted in favour of the 1947 UN resolution to partition an already partitioned territory. One would have liked to believe that after 70 years of Arabs rejecting opportunities to establish two States and failure to destroy the Jewish one, that today’s Anzacs would have the guts to declare “dayenu” (enough already). Instead we witness Australia abstaining when it should be exposing hypocrisy and double standards and New Zealand shamefully voting against Israel and siding with dictatorships, human rights abusers and morally bankrupt nations.

Every year on the occasion of the 1947 resolution the UN gets together and passes the usual litany of lies and distortions which deny a Jewish connection to Jerusalem and the Temple Mount as well as condemning it for settling other parts of our historic homeland. Not only do those countries who vote in favour, deliberately ignore internationally binding decisions such as San Remo and the League of Nations Mandate provisions they also buy into the shameless rewriting of a Jewish connection to the land. Thus it transpired again when six resolutions were passed with huge majorities. These ranged from declaring Israel’s actions and indeed its very presence in Jerusalem and the Golan as illegal and null and void to condemnation of Israel’s “unilateral” actions in areas erroneously described as “occupied” plus accusations that freedom of religion and holy sites were under threat. Annually recycled it is astounding that Australia & New Zealand have still not screwed up the courage to vote against them.

It is ironic that as we are about to celebrate the Festival of Chanukah which is the commemoration of the liberation of Jerusalem and the Temple Mount from foreign control the international community with the acquiescence of the Anzacs condemns Israel today for asserting sovereignty in those very places. The fact that Islam and the Mosque never featured back then seems to be irrelevant to an organization hell-bent on rewriting historical facts. Some of the Chanukah greetings trotted out by politicians read like US Thanksgiving messages or ersatz Xmas cards and apart from a few notable exceptions they all ignore or are unaware of the real message of the Festival.

When the current governing Coalition was put together in New Zealand some innocent souls were euphoric over the fact that the new Foreign Minister was a perceived “friend” of Israel and would soon put right the flawed & disgraceful Resolution 2334. Co-sponsored with Malaysia and Venezuela this travesty of a resolution encapsulates everything that is rotten both in the UN and with New Zealand’s distorted perception of reality here in the Middle East. The previous Prime Minister (and now current Leader of the Opposition) refused to withdraw his support for it and still supports his Foreign Minister’s initiative.

The new FM engendered high hopes that things would be corrected and sanity would prevail. Alas, all that happened was that a note recording the resolution’s sponsorship was to be inserted into the Cabinet record, hardly a ringing denunciation of its poisonous contents. Now that New Zealand has voted not once but several times to support the annual hate fest against Israel at the UN it becomes plain that all previous expectations were just hot air. Obviously the NZ delegate at the UN would not have voted with the immoral majority if he had not been instructed to do so. A more shameful example of duplicitous diplomacy would be hard to find.

In 1949 the NZ Jewish Community held a dinner at which the Labour Prime Minister of the day, Peter Fraser, was presented with a certificate of appreciation for his support of the Jewish State. Here is an extract of part of his speech on that occasion:

There has been a long argument as to whether the Balfour Declaration when it used the term “Home” meant “State.” To me, there could be no Home unless the people concerned (the Jews) were masters in their own Home.

There did not seem to us to be any room for division or for conditioning that promise that would destroy its obvious intent. Consequently New Zealand’s representative at the UN received his instructions and eloquently and forthrightly carried them out.

Israel, that small country, small like our own, not much bigger than the Province of Canterbury – yet contains within it, because of the precious seeds of freedom that it has generated in the hearts of the Jewish People throughout the many years of their scattering and persecution, that there are seeds of progress and of freedom and of tolerance. If the ideal of freedom and tolerance and the belief in the sacredness of every human soul, if that will be the predominant spirit of Israel – as I believe it will – then the history of its great past will be eclipsed by the glory of its future and may that be.

Can anyone imagine that such a speech would ever be delivered today by a NZ Prime Minister, Foreign Minister or leader of a major political party? The answer is no. Just listen to the latest reactions of the PM and FM to recognising Jerusalem as Israel’s Capital. They are locked in an embrace of denial and as continuing supporters of the infamous UN Resolution 2334 there is no hope of common decency taking hold.

One can only repeat – shameful.

​Center for Near East Policy Research - March 24, 2020
Behind The Scene With David Bedein. https://www.youtube.com/watch?v=e8C4ilbyhMc