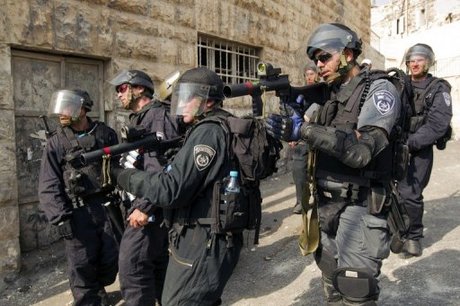 On Monday, the Shin Bet security agency revealed that it had uncovered a terrorist cell in Judea and Samaria that conspired to mass murder Israelis. The announcement that the plot had been thwarted came after a two-month operation during which five Palestinians suspects were arrested.

The details of the plan, which the detainees spelled out under interrogation, are chilling. Yasmin Sha’aban, a young woman from the town of Jenin, was going to try to gain entry into Israel by faking a pregnancy. (Given the frequency with which Palestinians, including the families of Hamas leaders, receive top-notch medical care in Israeli hospitals, it is likely that she would have had little difficulty obtaining a permit.)

From an apartment in Israel set up as a terrorist base, Sha’aban would be disguised as a Jew, wearing maternity clothing over an explosive belt, which she was to detonate in a busy area of Tel Aviv.

Meanwhile her four male accomplices, residents of the village of Atil near Tulkarm, intended to commit other acts of terrorism, such as random shootings of civilians and the bombing of a bus transporting Israeli soldiers.

The group was in contact with and under instructions of an operative in Gaza, who supplied the guns, ammunition and material for Sha’aban’s suicide belt.

According to Sha’aban and her accomplices, Hamas and Islamic Jihad would claim responsibility for the carnage.

“The investigation … shows clearly that terrorists in the Gaza Strip are instructing terrorists in Samaria in the preparation of weapons and the planning of terror attacks,” Shin Bet officials said.

As if we didn’t know already.

Still, every new piece of evidence that proves it is worth shouting from the rooftops — particularly now, when Islamist attacks against innocent people are on the rise everywhere.

Indeed, a short while after the Shin Bet made its announcement, Australians at the Lindt cafe in Sydney were terrorized for 16 hours by Man Haron Monis, a naturalized citizen from Iran known to authorities for his politically subversive and other criminal activities.

The hostage-taking (in the name of Allah) of patrons and employees at the coffee house in Martin Place culminated in a police raid, thankfully killing Monis and tragically ending the life of cafe manager Tori Johnson and lawyer Katrina Dawson.

Whether Monis was a “lone wolf” terrorist or dispatched by an organization, his actions must be viewed in their wider context. The current contagious climate of global jihad is causing an epidemic-like reaction. Separating its manifestation in and around Israel from its manifestation in the rest of the world is as ridiculous as it is dangerous.

This is one message that Prime Minister Benjamin Netanyahu keeps trying to convey to Israel’s allies. It must have been among the points he made during his three-hour meeting with U.S. Secretary of State John Kerry in Rome on Monday.

The purpose of the tete-a-tete was to discuss the Palestinian Authority’s bid for a United Nations Security Council resolution demanding a complete Israeli withdrawal to the 1967 borders by November 2016. Netanyahu has stated unequivocally that he would defy such a dictate. A resolution would nullify the need for a negotiated deal — based on Palestinian willingness to live alongside Israel in peace — with a timeframe that does not take PA-sanctioned terrorism into account.

Netanyahu has been impressing upon Washington the importance of exercising its veto powers at the Security Council if the proposed resolution is put to a vote this week.

Since Kerry is obsessed with brokering a deal for the establishment of a Palestinian state, he and Netanyahu are ironically on the same page about the need for “negotiations.” After all, if the U.N. were to force Israel into territorial withdrawals, Kerry’s efforts would be exposed as the futile endeavors they really are. And he would get no credit to boot.

But it is the source of their futility that eludes him and anybody else who believes that the PA’s genuine aim is to achieve statehood, rather than wipe out Israel and stand tall in the campaign to decapitate the West.

Ruthie Blum is the author of “To Hell in a Handbasket: Carter, Obama, and the Arab Spring.'”