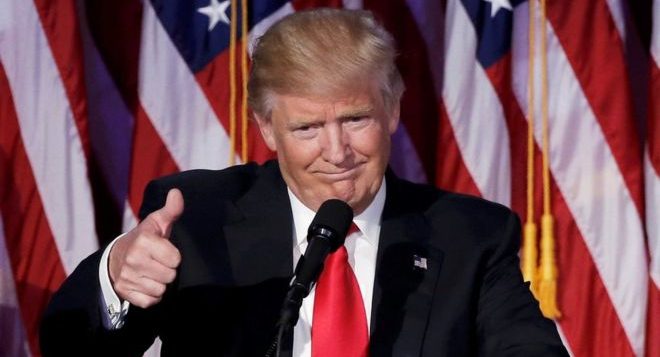 Allergies manifest themselves in a myriad of ways ranging from mild irritations to life threatening situations…writes Michael Kuttner.

Donald Trump’s election to the White House has caused an outbreak of severe allergic symptoms and his recent visit to Saudi Arabia, Israel, the Vatican and Europe has seemingly aggravated the condition. No amount of antidotes or medication seems to help and we are therefore witness to an amazing spectrum of often delirious behaviour.

Here are some case studies. Judge for yourselves whether this malady is curable, treatable or a lost cause.

We have just celebrated 50 years of a restored Jewish presence in Judea, Samaria, the Golan and of course a reunited Jerusalem. Those old enough to remember pre 1967 realities realize that the armistice lines from 1949 were a recipe for disaster. With the road from Tel Aviv to Jerusalem being exposed to Arab snipers, a ludicrously narrow area between the sea and the “West Bank”, the north of Israel exposed to Syrian terror and Jerusalem itself divided, one would think that no sane person would want to return to that hellish situation. Denied access to Judaism’s holiest site and running the gauntlet of being shot at from the ramparts of the Old City and other places overlooking the downtown area, it would be a recipe for suicide to revert to pre 1967 demarcation lines.

Yet despite all logic, those afflicted with chronic memory loss and allergic reactions to Trump’s declarations of solidarity with the Jewish connection to this land took to the streets of Tel Aviv to mourn and condemn what they termed 50 years of occupation. Their frenzied call for immediate reversion to what Abba Eban called the “Auschwitz borders” and their delirious and rapturous embrace of support from the PA leader merely confirms a total detachment from reality. Spurred on by self-serving politicians this collective outbreak of mania epitomizes the sickness now afflicting too many individuals.

Even a report that Abbas had been caught out again by Trump, Norway and the UN lying about his peaceful intentions, did not dent the consciousness of those demonstrating and waving inane banners.

Not to be outdone by Abbas, the Jordanians once again felt compelled to demonstrate their knee jerk antipathy about anything to do with Jerusalem. Despite a sordid history of discrimination, destruction and denial of any Jewish link to the city they are still at it.

As reported in the Israeli media:

The Jordanian government strongly condemned what it called “the blatant Israeli attack” following the singing of Hatikva, Israel’s national anthem, on the Temple Mount in Jerusalem’s Old City during Wednesday’s observance of Jerusalem Day, according to Yediot Ahronot.

Despite the detention of 15 Jews who had bowed down, an official Jordanian government announcement said, “The Jordanian government imposes on the government of Israel, as the occupying power, responsibility for harming the Al-Aqsa Mosque and encouraging the settlers to defile the mosque’s plazas, and the responsibility for not stopping the calls of incitement by some members of the Israeli government and Knesset members which caused the storming of the extremists.”

Please note that despite the fact Jews are still prohibited from praying on the Temple Mount even the singing of our anthem is cause for the wildest libels.

In a similar vein our intended “peace” partners also broke out in a fit of uncontrollable incitement over a meeting of the Israel Cabinet at the site of the Western Wall tunnels. Here is the news report:

A top Palestinian official slammed the Israeli cabinet for holding its weekly meeting Sunday in the Western Wall tunnels, an excavated archaeological site under the current Western Wall.

In a statement, the Palestinian chief negotiator Saeb Erekat condemns “in the strongest terms the latest provocation by the Israeli government.”

He added that the meeting, held in “occupied East Jerusalem,” sends “a clear message to the Palestinian people that the systematic violations of their inalienable rights are going to continue.”

Can there be any clearer diagnosis? It doesn’t take a genius to divine what would happen if these people were ever given control of half our Capital. Yet those convulsing about occupation still don’t get it.

The US President has made it abundantly clear that from now on the UN needs to cease passing endless one-sided resolutions against Israel and that Europe needs to get serious about fighting terror. These long overdue facts of life predictably resulted in another eruption by those concerned.

Pope Francis instead of devoting all his energies to saving endangered Christians in Islamic countries from genocide and ethnic cleansing has apparently decided that the greatest threat to world peace resides with us. He is planning a “peace” mission to our shores no doubt as an antidote to the allergic reactions resulting from Trump’s efforts. One would think that he had enough on his plate saving his own co-religionists from Islamic terror.

The EU has developed a severe reaction to any suggestion they pay up and seriously tackle the impending terror disasters incubating in their midst. The leaders of Germany & France lead the way in ridiculing such suggestions and prefer instead to abandon any reliance on the USA and the UK. If Jeremy Corbyn wins the impending UK elections they will have a fellow traveller because he has declared that terror is the result of a past and current faulty foreign policy. Most of us know where that will lead.

To cap off a short but by no means exhaustive list of recurring allergic reactions, the World Health Organisation ignoring President Trump’s admonitions proceeded to pass yet another resolution targeting Israel. As reported by UN Watch:

The resolution, renews the annual naming and shaming of Israel by renewing a special agenda item on the country at next year’s session, as well as mandating a report by WHO’s director-general, measures of scrutiny applied to no other country.

In addition a report detailing Israel’s medical aid to Syrians injured in that country’s civil war was omitted reportedly at the demand of the Syrian regime. The vote to maintain the WHO focus on Israel and no other country was passed by 98 votes to 7 against with 21 countries abstaining. Australia to its credit voted against this resolution while New Zealand to its discredit abstained.

Donald Trump has signed a waiver postponing the transfer of the US Embassy from Tel Aviv to Jerusalem for yet another six months. It proves again that Arab blackmail, threats of violence and Saudi money have once more triumphed over the fulfillment of political promises. Anyone who ever thought that a politician’s promise could be believed would have to be certified.

One thing is for sure. The Jewish connection to Jerusalem will outlast this and future Presidents.