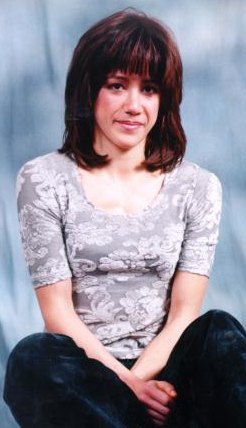 When 26 year old Tatiana Soskin was brought before a judge, he recorded her personal details. No, she has no job, replied the new immigrant from Russia. No, her parents are not in Israel, she is alone. No, she does not even have a telephone.

The Israeli press described Tatiana as tall, thin and pale, “a Barbie doll,” in the words of Israel’s largest daily. But this young woman has been sitting in solitary confinement for four months.

At a time when a Tel Aviv museum is displaying photographs of naked men wrapped in tefilin, and the national Israel Museum in Jerusalem has an erotic exhibit identifying with Eva Braun, Tatiana Soskin is in jail because she insulted not Judaism, but Islam. Tatiana studied art at the Bezalel Academy of Art for three years, after she moved on her own to Israel. Last June Tatiana drew a picture of a hog, labelled Mohamed, writing the Koran. Israeli newspapers and commentators called the pro-Nazi and anti-Jewish exhibits “art” “that makes people think.” Tatiana’s judge said “only a distorted mind could create her drawing” and sent her to prison to await trial.

Prime Minister Benjamin Netanyahu apologized to the Mayor of Hebron, declaring that Tatiana’s drawing “contradicts the respect and admiration the Jewish religion has for the Islamic religion and its founder.”

Tatiana was a bit surprised at the whole ruckus. Perhaps she shouldn’t have done the drawing, or distributed it in Hebron, famous as the city whose Arabs attacked and murdered the local Jewish community in the pogrom of 1929, and where Jewish residents and Israeli soldiers today are subject to a neverending stream of stabbings, petrol bombs and shootings. Tatiana is today more concerned over her liver illness and her loneliness, but she nevertheless disagrees with Netanyahu’s apology to the Mayor of Hebron’s Arabs. “If that is the way they act, and their religion allows them to act this way, then they really behave like pigs,” she sighs.

Asked why she drew the by-now infamous caricature, she explains that “Arab leaders used the name of the prophet Mohamed when they called in the mosques to attack Jews. That seems to me a swine-like use of Mohamed’s name, and that is what I tried to say with the drawing. It was my response to the incitement.”

Tatiana’s bright green eyes dim somewhat as she describes her life today. “For 24 hours a day,” she says, “I am alone in a small cell. I am not allowed to talk to anyone, I have no clean air, barely any light. At the corner of the room is a small hole in the floor, where, pardon my language, I take of my needs. Above it is a shower and opposite, a barred window. I cannot even respond to my needs or take a shower without being afraid someone will suddenly look through the window.

“Most of the inmates work and can buy themselves things. I don’t work, so I don’t have money, not even for chocolate. On Friday I asked the jailers to bring me candles so I could light the Sabbath candles, but they didn’t bring any…”

Tatiana’s lawyer, Samuel Casper, says that everyone has the right to express his opinion, and this includes by means of caricatures. He notes that in January 1995 a journal called “Shpitz” published cartoons mocking religious Jews and the government’s legal advisor refused to bring charges, ruling caricatures are protected by free speech. Casper relates how he came to represent Tatiana: “I asked her if she had money to pay for the legal representation. She said, ‘Not now, but I will pay.’ At first I worked for free. A few weeks later she came in, took off her earrings, and said, ‘Please take these, I don’t want you working for nothing.'”

Tatiana says she reads and draws most of the day. She hopes to get out of jail soon, so she can resume studying, and touring throughout the Land of Israel, which she loves to do.

If you would like to help Tatiana, please send a postcard defending the right of free speech and urging leniency for Tatiana, to the Israeli Minister of Justice, Tsachi Hanegbi, at The Knesset, Jerusalem, Israel.

If you would like to help defray Tatiana’s legal costs, please send a check to Mercantile Discount Bank, Branch 064, Account number 40568 and earmark it for Tatiana Soskin.

Press here to see Tatiana’s Cartoon and other cartoons.