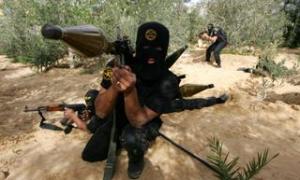 Palestinian security forces in the West Bank have been undergoing intense military training by the United States forces.

However, the Middle East Newsline has confirmed reports that these same American- trained Palestinian Authority military forces have acknowledged sheltering Iranian-sponsored insurgency groups in the areas of Jenin and Nablus. These areas are located less than 25 miles due east of Israel’s heavily populated coastal region.

Palestinian Authority (PA) security forces have been harboring these operatives from Islamic Jihad who are now being pursued by Israeli intelligence. Islamic Jihad is listed by the United States, Israel and European Union as a terrorist organization.

According to a senior Israeli security officer, these Islamic Jihad terror operatives were given safe haven in PA security headquarters in Jenin.

“They sought refuge with us,” Col. Radi Assidah, the commander of PA forces in Jenin, said. “Since then we have been hosting them in our headquarters. They are not prisoners and they are entitled to leave whenever they want.”

Such an admission by Mr. Assidah has marked the first acknowledgement by the PA that it was indeed harboring insurgency fugitives.

Israel has complained that despite increased security cooperation, local commanders were protecting Palestinians suspected of carrying out terror attacks against Israel..

In an interview with the Palestinian news agency, Ma’an, Mr. Assidah said the National Security Force has been protecting the Jihad operatives since August 2008. He did not say how many Jihad fugitives asked the PA for shelter.

“We are now discussing the problem of these men so that they could leave our headquarters,” Mr. Assidah said. “When they decide to leave, that will be done in front of the media to prove that the PA does not arrest anyone from Islamic Jihad.”

David Bedein can be reached at Bedein@thebulletin.us

​Center for Near East Policy Research - October 19, 2021
Arab photojournalists on location at the UNRWA refugee camp in AIDA in Bethlehem in October 2021