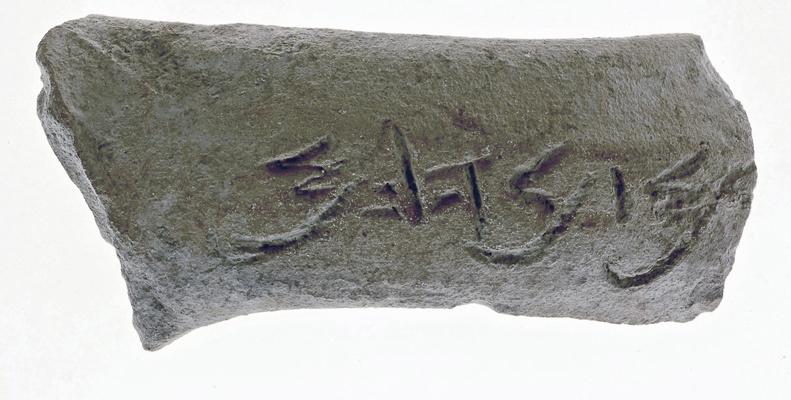 An unusual artifact was discovered during an excavation by the Israel Antiquities Authority prior to the construction of a girls’ school by the Jerusalem municipality.

The find dates to different phases of the Middle Canaanite period (2200-1900 B.C.) and the last years of the First Temple period (8th-7th centuries B.C.), and includes a handle engraved with the name “Menachem,” written in ancient Hebrew script. It was recently exposed in an archaeological excavation the Israel Antiquities Authority is conducting near the Mount of Olives in preparation for the school.

The Israel Antiquities Authority’s excavation director, Dr. Ron Beeri, said: “This important find joins similar names that were found in archaeological excavations in the Ancient East and in Israel in particular. The names Menachem and Yinachem are expressions of condolence – possibly related to the death of family members.”

This is the first time that a handle with this name has been found in Jerusalem.

Dr. Beeri said such names already appeared earlier in the Canaanite period: The name Yinachem was found written on an Egyptian pottery sherd that dates to the 18th dynasty, and the name Yinachemu is mentioned in the El-Amarna letters (from the 14th century B.C.) as the name of an Egyptian governor on the Lebanese coast.

This is the first time that a handle with this name has been found in Jerusalem. The name Menachem is known from the corpus of Hebrew or Phoenician names and seals that bear this name were found in Israel, Assyria, Cyprus and Egypt.

The name Menachem Ben Gadi is mentioned in the Bible. He reigned as king of Israel for 10 years in Samaria and was one of the last kings of the Kingdom of Israel. According to Second Kings, Menachem Ben Gadi ascended the throne in the 39th year of Uzziah, king of Judah.

Menachem, king of Israel, is also mentioned in the texts of the king of Assyria, Tiglath-Pileser III, as “Menachem of Samaria” and as one of the kings from whom he received tribute.