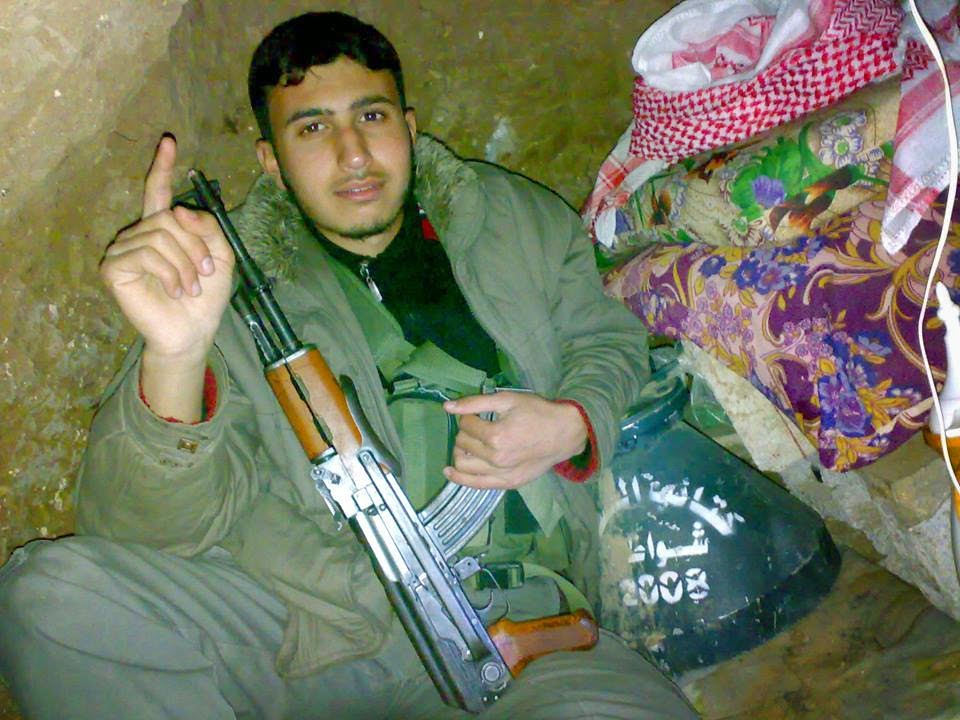 Zuhair Hindi is a teacher at the UNRWA Jabalya Prep School for Boys.

He is also a terror supporter.

His profile picture on Facebook is of Qassam Brigades terrorist Hassan Mohammed al-Hindi, who might be a brother of his or perhaps another relative, who was killed when trying to attack Israel from the sea early in the summer war.

But even before the war he showed how much he loved terrorism – and Hamas’ Al Qassam Brigades: In this cartoon on his page we get an impression of how well he adheres to supposed UNRWA standards of tolerance, peace and coexistence: How about his opinion of the children that he teaches?

Here is a photo that reveals his view of children: His caption is “The next generation of the elite.”

Is that enough to get him fired? Come on, who are we kidding?

For those who are not offended by any of this, you have my sympathies. But maybe you are the type of person for whom this photo, that he also posted, is considered worse than incitement to murder: Now, when Chris Gunness and UNRWA head Pierre Krähenbühl read this – and believe me, they will – what do you think runs through their minds?

1. Hindi must be dismissed immediately for violating UNRWA principles!
2. I see nothing wrong with any of this.
3. As long as the media doesn’t pick up on this, we can safely ignore it.
4. If we are forced to fire Hindi because of his Facebook posts, then the other UNRWA teachers will probably go on strike and cause a much bigger problem for us.
5. I really, really hope that no reporter who is going to interview me sees this first.

UPDATE: The al-Hindi family are prominent pro-Hamas members of UNRWA. UNRWA fired one of them once and indeed relented when the other teaches threatened to strike (see 4. above.)

In 2011, the UNRWA management sacked Sohail al-Hindi, who headed the winning bloc, for his popular activities connected to Hamas. He was reinstated after protests, including strike action, by unions at UNRWA.

Al-Hindi said that his new term of office will be to the advantage of UNRWA’s work and its employees in the Gaza Strip. He promised to respect the guidelines of the international agency, which is dedicated to provide vital services for Palestinian refugees.