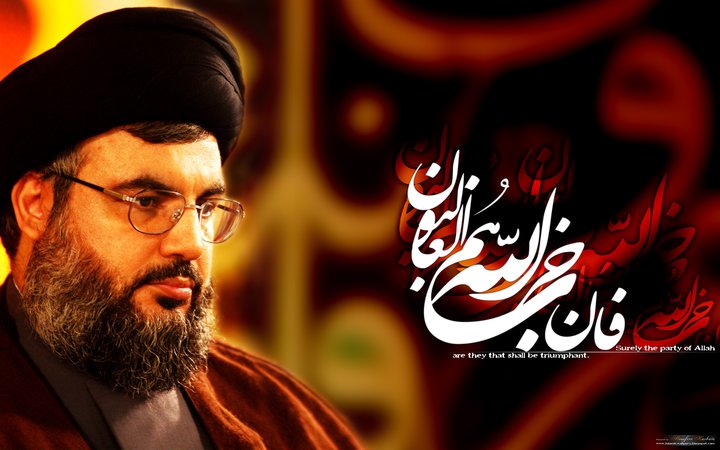 Hezbollah leader Hassan Nasrallah recently slammed those criticizing him, saying: “Anyone who says anything contrary to what is said here is a moron, is blind, and a traitor. The Shi’ites of the American embassy are traitors, agents, and morons. No one can alter our convictions. We won’t be silent anymore and we will no longer humor anyone.”

However, this time Nasrallah’s angry and threatening statements were not directed against his usual rivals. They are directed against Shi’ites in Lebanon. These statements reveal the extent of such disputes and expose the increasing criticisms against him, after a prolonged Syrian war and after the proliferation of conflicts—in which Lebanon’s Shi’ites are required to participate in order to meet the demands of Iran’s proxies, Hezbollah being one.

A few days before this angry speech, Ali Akbar Velayati, a senior adviser to Iran’s Supreme Leader Ayatollah Ali Khamenei, visited Beirut to deliver a message to Nasrallah. This message was probably what was behind the Hezbollah chief’s frustration and his call to further mobilize his party’s ranks. It is also probably why he made the threats to his opponents.

Nasrallah’s speech reveals divisions and disputes within the Shi’ite community, which had previously stood as a symbol of obedience where there was a majority in support of him and an opposing, but silent, minority. However, now after Hezbollah’s accumulating losses in Syria and Iraq, a rising tide of dissent in the group’s ranks seems to be threatening his status—unlike how things were in the past when no one dared to hold him accountable.

Some may say that Hezbollah is not the only group currently drowning in the quicksand since there are conflicts and struggles undermining almost every group in the entire region. This is true. However, the difference is that other parties were always destined to join these conflicts since they are taking place on their own turf. Hezbollah, on the other hand, is fighting in Syria alongside the Assad regime based on promises made by Iran to Assad that they will use any means to defend him. Hezbollah have thus become like mercenaries who are brought from Iraq and Afghanistan to fight far away from home upon an Iranian arrangement. As time passed and as more of Hezbollah’s fighters died—though these are rarely made public—the group began to run out of excuses, the first of which being that it is fighting in Syria to “defend sacred shrines.”

When it was later revealed that most of its fighters were meeting their ends in areas far away from these shrines, the group came up with another excuse: that it was fighting in Syria as part of preemptive measures to defend Lebanon. “If we hadn’t fought in Aleppo, Homs and Damascus, we would have had to fight in Baalbek, Hermel, Ghaziyeh and other areas [in Lebanon],” Nasrallah said. Of course, it is illogical to go to war in a large country to prevent a war in your own country. In fact, it is this selfsame act which will end up bringing war to you! Hezbollah’s participation in the war in Syria with its extremist Shi’ite fighters brought thousands of extremist Sunnis to the frontline to counter them. The war in Syria thus turned into a Shi’ite–Sunni–Alawite conflict.

Hezbollah’s war in Syria is an Iranian war, and a lost cause too. Hezbollah’s fighters will later see that Tehran will have to sell them out. By this I mean Iran will eventually need make compromises at their expense in order to take one of two paths: either provide a safe exit from Syria (that is, admit complete defeat), or accept a solution which sees Bashar Al-Assad leave power—a solution which both the Iranian and Syrian regimes have thus far rejected and which has resulted in the deaths of hundreds of thousands. As such, Hezbollah does not have a compelling excuse to fight in Syria. The Iranians are fighting there because of their desire to gain influence in the region—and due to their general megalomaniacal predilections. Hezbollah’s participation alongside the Iranians in this war will bring about two disasters: the group will suffer untold human losses, more numerous than the combined losses it suffered during its wars with Israel throughout the past 30 years; moreover, this participation alongside Iran will attract extremist groups to Lebanon, groups which will threaten all the factions in the country and ignite a war on its territory.

The defeats, the corpses, the wounds, the broken promises, and the ongoing war all show that the Hezbollah command’s only choice is to respond to Tehran’s demands until its last fighter goes down.

In his speech, Nasrallah called on his followers to support him amid the criticism, doubts, and objections. “Now it is time for mobilization,” he said. “Everyone can participate even by just speaking out. Whoever has any credibility among people [must speak out] and contribute to this mobilization. Scholars must speak out. Those who have a martyred child must also speak out.”

What is more dangerous here is that Nasrallah has not concealed what may soon be his greatest adventure yet: “In the next phase, we may announce a general mobilization [that applies] to everyone. I am saying we may fight everywhere.” (“Everywhere” here means sending more fighters to Iraq and Yemen.) And since Nasrallah knows he is increasingly being rejected by the Shi’ite community, he took time to threaten those who oppose him: “We won’t remain silent anymore. We will look those who speak to us [with objections] in the eye and tell them ‘You are a traitor!’ whether they are young or old.”

Center for Near East Policy Research
589 POSTS0 COMMENTS
© A WEBstationONE.com production, partially funded by the Internet Development Fund and the IDF Link technology. © 2003-2020 All rights reserved. Articles and Special Reports on IsraelBehindTheNews.com are copyrighted. Every reader is welcome to reprint any and all articles, and with citation.
MORE STORIES

UNRWA reaffirms its commitment to strict adherence to UN values in...

Center for Near East Policy Research - September 13, 2022
The United Nations Relief and Works Agency for Palestine refugees in the Near East (UNRWA) takes seriously its responsibility to educate over half a...