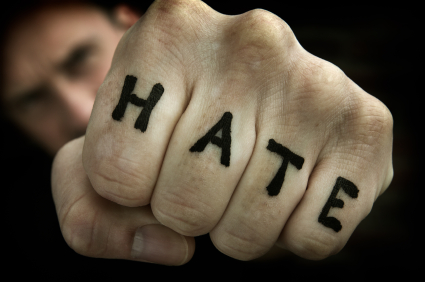 We have just arrived back in Israel from a vacation in Switzerland.

As well as being overwhelmed by the snow-capped mountains, stunning scenery, beautiful lakes and pristine cleanliness we were also impressed by the clockwork efficiency of a remarkable transport system.

While in Geneva we zipped across the border to France, a mere 10 minutes from where we were staying. Coming from Israel the novelty of driving across a frontier which has neither border controls nor any sort of demarcation is rather mind-boggling and certainly takes some getting used to. This stark contrast merely highlights the reality of living in Switzerland which is surrounded by countries which have no evil intentions and living in Israel which is surrounded by countries which are dedicated to its demise in one form or another. It also helps to explain in part why Europeans in general have no clue as to what we face here and in the main have no desire to comprehend our fears and the threats we face on a daily basis.

It also made me wonder how on earth members of the European Union and Switzerland can monitor and control the movement of terrorists. They cannot and this presents a threat which grows ever more serious as time progresses.

Sightseeing around beautiful Lake Geneva we passed lavish hotels where the rich and famous stay as well as majestic buildings housing major banks and financial institutions. Geneva is also headquarters for the European branch of the United Nations and a multitude of UN and international organizations such as WHO, ILO, UNHCR, WTO and many more, in fact about fifty altogether. What all this means is that huge tracts of land and properties are occupying very valuable sites. An enormous number of international employees work and reside there and no doubt contribute to the local economy as well as causing prices and rents to be sky-high. Another long time Geneva based organization is the International Committee of the Red Cross.

Most of these aforementioned groups have one thing in common and that is Israel bashing. Geneva together with New York (UN headquarters) and The Hague (International Criminal Court) make up the “holy trinity” of cities hosting international bodies whose collective fetish with condemning Israel has become commonplace. In a perfect example of how hypocrisy and double standards have now become standard fare, at a meeting of the World Health Org. in Geneva while we were there, this august body at its annual assembly passed a resolution condemning Israel for violating the health rights of Druze and “Palestinians” on the Golan. Voting 104 in favor and 4 against with 6 abstentions the WHO singled out only one country for condemnation. Ignoring Israel’s provision of hospital care to Syrian victims of the civil war and disastrous conditions in every other part of the world, this UN body demonstrated yet again the bankruptcy of the international community. Australia at least sided with the moral minority joining Israel, Canada & the USA in voting against this travesty of a resolution. New Zealand abstained which speaks volumes about the gutless and clueless thinking prevailing in Wellington.

We spent a few days in Lucerne which is stunningly situated on the shores of a beautiful lake and ringed by priceless views of the Alps still displaying snow. An idyllic setting for unwinding and soaking up the glorious atmosphere. Even amidst all this beauty there lurked the insidious virus of delegitimization which seems to be such a standard feature in many countries these days. A 5 minute walk from the apartment where we were staying was a modern building called Romero Haus. On one of our strolls we passed this place and my eyes were drawn to posters on a notice board advertising forthcoming events to be hosted there. Lo and behold, prominently displayed were notices advising a forthcoming exhibition and lecture to be given by “Breaking the Silence.” For those unfamiliar with this NGO, it is an extreme left wing group of Israeli former soldiers which specializes in accusing the IDF of every war crime and atrocity under the sun. They spend their time in “schmutzing” (smearing) the IDF in particular and Israel in general. This orgy of self loathing & hatred is enthusiastically lapped up by the media and those whose sole purpose is to delegitimize the Jewish State.

How does a group like this find the funds to mount exhibitions and tour countries? Who finances their anti Israel activities and actively promotes their unsubstantiated libels? Who hosts them and helps them to spread their messages of hate? Finally, how many other groups like them are there?

Well, the answers should not surprise you. In this particular case the traveling road show of hate in Switzerland is being funded by amongst others the Swiss Federal Department of Foreign Affairs (15,000 Swiss Francs) and the City of Zurich (10,000 Swiss Francs). A sponsoring group associated with Romero Haus is Bethlehem Mission Immensee so you can bet your bottom dollar (or Franc) that additional funding is being received from other sources. The credo of Romero Haus is stated as “justice, peace, dialogue between ideologies, theology and liberating Christian Faith.” I wonder how many meetings and exhibitions they have hosted which portray the real story of Israel and its struggle against hate and terror. Few and far between I would guess if any at all.

This one example of what lurks beneath the surface of squeaky clean Switzerland is the tip of an enormous iceberg. There are numerous, similar Israeli/Jewish hating groups touring Europe, UK and USA, all of them being funded by the boundless generosity of the European Union led by Germany and non EU Switzerland. Whether they are NGO’s, Foundations or Government sponsored, the torrent of money being poured into the support of such organizations is mind-boggling.

This week a report in Israel revealed that three of these have consultant status on the Economic, Social Council of the UN. They are Adalah, Itijah and the Committee against (Arab) House Demolitions. All of them have received or continue to receive funds from the New Israel Fund. Adalah lobbying resulted in the JNF being disqualified from consultant status.

In case any of you are still not convinced about the extent of European funding & support for Israel hate groups, may I suggest a source which exposes this scandalous situation? As part of my vacation literature I read a book which has been on the Israel best seller list for some time and whose English translation is now available. It is called “CATCH THE JEW” and is written by Tuvia Tenenbom. He is a journalist, born in Israel, with German and US connections. Demolishing everyone on both sides of the political divide he brilliantly exposes the cesspit of Jew hatred now rampant in many circles, the funding sources of anti Israel groups and the hypocritical double standards of those involved in boycott, divestment and sanctions activities. As a fluent Hebrew, English, German and Arabic speaker he was able to pose in many guises. The Jew and Israel hatred he uncovered behind the scenes from those touted as peace partners and their European supporters will astound you. His demolition of those Jews and Israelis whose self loathing consumes their activities will leave you breathless. His interviews with ambassadors, diplomats and politicians will reveal the depth of their antipathy towards the Jewish State. UNRWA and its self perpetuation of the Arab refugees with the help of western aid money is exposed in all its ugly manifestations.

This is a must read by anyone interested in what real poison is bubbling below the surface and which up till now has been successfully hidden from the light of day. If you do nothing else try to get hold of a copy because I guarantee that its contents will finally convince you of the enormous task we face in combating the latest version of Judeophobia masquerading in its various disguises.

In order to delegitimize the haters we must first expose them and their funders. This book does the job brilliantly.