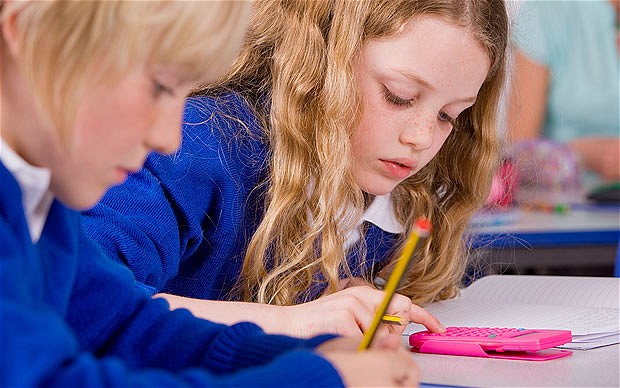 An “extremist agenda” is being taught to children as young as three, it has been claimed, with the National Union of Teachers accused of “spreading political propaganda” in classrooms by promoting Palestinian “resistance”.

The NUT has designed and promoted a teaching resources pack, under a partnership with Edukid, a children’s education charity, which asks teachers to explore themes of Palestinian “occupation, freedom and resistance”.

The resource pack, titled “My Name is Saleh”, and a video were launched at the NUT annual conference in April.

Writing in the pack’s foreword, Christine Blower, the NUT general secretary, explains the project was “inspired by a union delegation visit [to the Palestinian territories] in 2013”.

However, concerns have been raised that the resource pack gives a “one sided” and “divisive” view of the Israeli-Palestinian conflict.

Images in the pack’s appendix feature a Palestinian child who has been “assaulted by settlers” and the video contains a reference to “Jews” as opposed to “Israelis”.

Tom Wilson, from the Henry Jackson Society, a think-tank, called the project “overtly agenda driven” and warned: “We need to be more vigilant about the politicisation of British classrooms”.

The resource pack’s accompanying video contains references to “Jews” as opposed to “Israelis” was described as “extremely troubling” by Mr Wilson, who added that it carries a risk of “inciting tensions between faith communities in the UK”.

“It is a particularly shameless example of political activism masquerading as a legitimate form of education,” he said.

“When dealing with a subject as complex as the Israeli Palestinian conflict, it is so important to avoid giving young people a distorted or one sided account.”

Sam Westrop, the director of Stand for Peace, a counter-extremism think-tank, said that by teaching school children that Palestinian “resistance” against Israel was a worthy cause, the “NUT’s political propaganda and misrepresentation serves the extremist agenda”.

The Charities Commission said it would contact Edukid to assess whether regulations had been breached.

A Department for Education spokesman said: “The law is crystal clear all political discussions in school should be unbiased and balanced.”

An NUT spokesman declined to comment on the specific concerns, but said: “We work in partnership with many organisations, including the Holocaust Education Trust, to produce materials for schools. We have a very strong record on producing well regarded materials dealing with difficult issues, including anti-Semitism and Islamophobia, teaching around issues in the Middle East and recently on the Prevent agenda.”