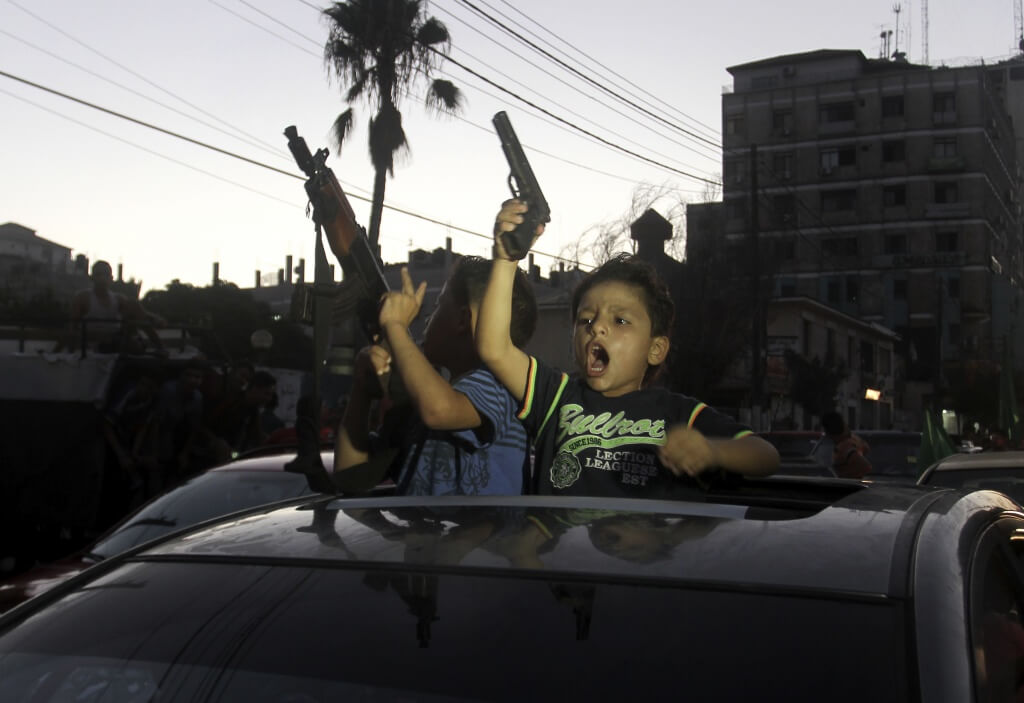 “During childhood, children need to play, have fun, feel happy and all such things which help develop the human character after a school year full of pressures.”

Ma’an, the Palestinian news agency, quotes that complaint from Fadil Abu Hein, whom it identifies as a “Gaza-based psychoanalyst,” about the terror training camps that Hamas and other Gaza terror outfits provide for kids each summer in Gaza.

Ma’an even notes that “human rights activists have condemned the camps as a forced militarization of Gazan society and a violation of children’s rights.”

But Hamas—along with the Al-Aqsa Brigades, the Popular Front for the Liberation of Palestine, and other groups—keeps sponsoring the camps each year when school’s out. Tens of thousands of kids, some as young as 14, spend part of their summer vacation learning sharpshooting, urban warfare, how to use tunnels to attack the enemy, and the like.

The same Ma’an report quotes one of these kids, Saif al-Khalifa, explaining that “we undertake military training so that we are prepared to protect our homeland and ready to take back our land that was occupied in 1948.”

Meaning, of course, not a “two-state solution” but the destruction of Israel.

Throughout the fighting, Hamas promised its people that even though they were suffering, it would be worth it: The international community would rebuild their homes and grant massive development aid; Gaza’s borders with both Israel and Egypt would be opened wide; Gaza would get an airport and seaport. But in reality, none of this has happened.

International aid has largely failed to materialize…. Reconstruction work has barely begun. The Egyptian border remains tightly sealed. No airport or seaport is on the horizon. Israel’s naval blockade remains in place….

Accordingly, Gordon reports, sources in Gaza have recently told different media that Hamas isn’t even considering another war unless and until it can acquire anti-aircraft missiles to stop the Israeli air force. Egypt’s President Sisi, of course, wants Hamas to get such weapons about as much as Israel would want it.