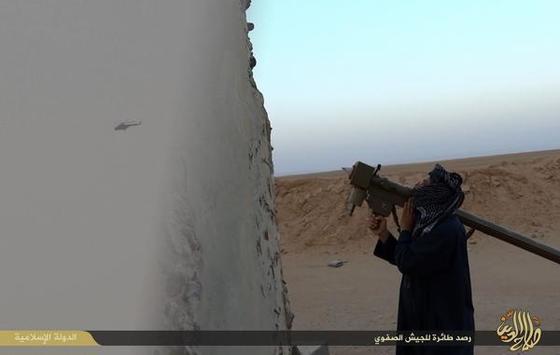 What crashed the Russian Airbus A321 in the Sinai Peninsula is yet to be determined. At the time of this writing the British Telegraph reported an ISIS “bomb plot was uncovered by British spies,” and ISIS’s claim it downed the Russian plane flying at 30,000 feet with a MANPAD (Man Portable Air Defense System), was dismissed outright by counterterrorism and aviation experts. Strangely there seems to be a consensus that “Terrorist groups cannot have such capacities by definition.”

However, in October 2011, after rebels killed Moammar Gaddafi in Libya, some 20,000 MAENADS went missing. Months later only 5,000 were reportedly destroyed. Where the remaining 15,000 missiles went is unclear. This however, did not stop then Secretary of State Hillary Clinton from issuing a statement assuring Americans that most of Libya’s weapons, including MANPADS, had been secured. But NATO’s then-military committee chairman, Admiral Giampaolo di Paola, was not so sure. His fear that the missing MAENADS could be scattered “from Kenya to Kunduz [Afghanistan],” subsequently materialized. Especially so, since ISIS has captured sophisticated MANPADS in Iraq and Syria.

Apparently, U.S. Director of National Intelligence James Clapper took this into consideration, saying on Monday he “wouldn’t rule out” the possibility that ISIS has the ability to shoot down an airliner.

American carriers do not fly to Sharm el-Sheikh, but the alarming spread of MANPADS is not limited to the Sinai. Yet, U.S. aviation security experts have been arguing that the threat to America’s civil aviation fleet posed by MANPADS is minimal. Moreover, the cost of equipping all passenger aircraft with MANPAD countermeasure devices-estimated in 2010 at $43 billion thus considered prohibitive and unjustified. So after spending $276 million over eight years, the U.S. government abandoned the development of such systems.

But wait. An advanced, well-tested and lightweight MANPAD countermeasure system is available today. It is the Multi-Spectral Infrared Countermeasures (MUSIC) family defensive aids for aircraft and helicopters, manufactured by Elbit Systems, an international defense electronics company based in Haifa, Israel. The system has been selling well to private executive planes and other VIP aircrafts. But only Israeli commercial planes have been equipped with the system.

When, not if, such missiles were carried by some ‘refugees’ to Europe and fired at any civilian airplane, or found their way to Hezbollah operatives, ISIS sympathizers or drug cartels in Mexico and then smuggled into the U.S. and fired at any of more than 7,000 aircraft comprising the U.S. civilian fleet, the struggling European, U.S. and the global economy would be devastated in a flash.