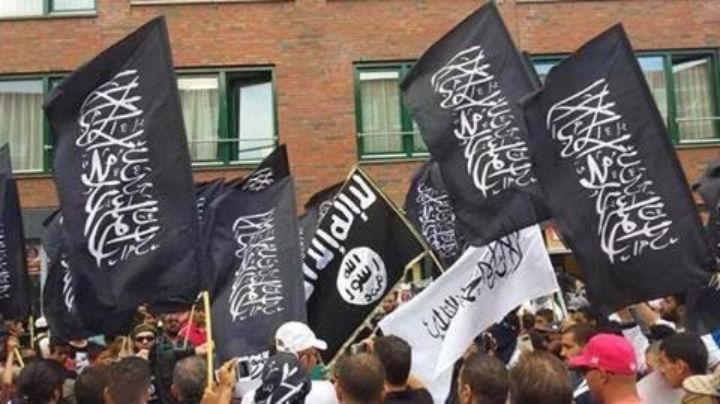 What motivation lies behind the current wave of terror attacks?

Is terror in Europe different to that occurring in Israel?

Are European, American, Nigerian and British casualties different to Israelis?

These questions are foremost in my mind this week as the reactions to recent events unfold. The spectacle of European & American political leaders stuttering their way around the real and obvious causes of terror in their midst is astounding to most level headed Israelis. It confirms yet again that resounding oratory, ringing declarations and yet more meetings, combined with ineffective gestures, while great media material, will not at the end of the day defeat the scourge of terror now rampaging through democratic countries. Additionally the heavy dose of hypocrisy and double standards once again illustrates the banal moral bankruptcy of the international community.

The question which needs to be faced and honestly answered is what motivates adult men and women (and in Israel also teenagers) to carry out the most heinous murders? What sick ideology poisons their minds and from whom do they learn it? Who brainwashes and provides them with the wherewithal to cause this mayhem? Which groups train them and then provide safe havens when the deed has been done?

In true Jewish fashion we can begin to answer these questions by posing further questions. What do all these outrages have in common? Are they being perpetrated by Muslims, Christians, Jews, Buddhists, Hindus, Martians or atheists? Is their motivation as many have suggested a result of frustration, economic deprivation and colonial exploitation? Is there a more sinister reason for which of course Israel, Zionism and the Jews themselves are responsible? If all else fails there is always the latest bogey man and that is climate change.

I think by now you should begin to discern the root of the problem.

The stark truth of course is that the tsunami of terror now enveloping the civilized world has one common core. Each and every purveyor of hate and murder proudly proclaims “Allahu Akbar.” They don’t shout Shema Yisrael or the Lord’s Prayer. They shout a fundamental prayer of Islam as they spread death and destruction. According to the current political correctness brigade this obvious fact is irrelevant. Those pointing it out are accused of Islamophobia and ignoring that Islam is in fact a religion of peace. Anyone who researches the history of Islam will know that this is far from reality. In case there are still doubts have a look at this link which should clarify matters.

Of course not all followers of Islam are terrorists. There are many who are genuinely sickened by what is carried out in the name of their faith but the moderates are generally beaten into silence by the intimidation and bully tactics of those who have taken over. I have spoken to Arab Muslims who want no more than to be able to earn a decent salary from a Jewish employer and support their families, educate their children and live peacefully. However they are terrified to be identified.

The sermons preached, the hate taught in schools and homes and the lies and incitement spread in the Arab/Muslim media falls on impressionable minds. This is where the poison starts. The buck stops at the door of Islamic religious and lay leaders and societies which harbour, foster and promote an ideology of medieval barbarity. France has started to deal with this by closing Mosques which teach hate incitement but it is most probably shutting the stable door after the horses have bolted. So long as Islamic terror is excused as workplace incidents, domestic violence, frustrated & victimized individual acts, there will be no chance of rooting out the scourge.

Those who deny the fundamental facts usually cast around for other more plausible but fatally flawed explanations. More often than not, the perpetrators of terror are described as victims of socio-economic deprivation and exploitation. However this facile excuse does not hold up under scrutiny. Rather than originating from poor and unemployed backgrounds many of the jihadists are native born citizens who have received a good education and all the benefits of first class employment. It is this radicalization of those born in Europe, the UK and the USA which should have authorities asking searching questions. From where do these individuals get their motivation to murder and carry out jihad? It is the blind refusal by those in charge to ignore the obvious which is paving the way for further mayhem.

When all else fails and in order to divert attention away from uncomfortable reality we can always rely on the same worn out clichés being trotted out.

That is why at international forums and in national parliaments the usual suspects spout the usual nonsense in the hope that the uninformed masses will be diverted from the real roots of the problem. Thus, you will hear that because Israel refuses to commit national suicide there is jihadist terror. If only we would roll over and let those sponsoring terror achieve their heart’s desire, which at the end of the day is disappearance of the Jewish State, universal peace, tolerance and goodwill to all would break out. In other words to put it bluntly, it’s our fault that the frustrated and victimized jihadists are embarking on murderous mayhem all over the world. Blaming Jews for the ills of mankind is nothing new. It has been the standard tactic employed by Judeophobes for the last two thousand years. These days it is often dressed up in more diplomatic language but the hypocrisy and double standards remain the same.

Take for example this week’s Oscar winning performances by the Swedish Government and the European Union’s Ambassador to Israel. First, the Swedish Foreign Minister accused Israel of extra judicial executions of terrorists who stabbed Israelis. After the inevitable uproar she claimed, naturally, that she had been misunderstood. The fact that this was only the latest in such “misunderstandings” by her only made matters worse.

This was followed by the Swedish Prime Minister who made the following astounding assertion: “as far as I know, knife attacks in Israel are not defined as terror. There is an international classification regarding what constitutes or does not constitute terror.” Following outrage at this brilliant piece of hypocrisy, he compounded his ignorance by making this clarification: “I meant it was unclear if knife attacks are organized by a group classified as a terrorist organization.” Missing from his speech was any opinion on whether the knife attack in London was also just a random event carried out presumably by another frustrated local Muslim protesting perhaps this time about the lousy English weather.

In a similar vein the EU ambassador to Israel spouted this pearl of wisdom: “terror against Israelis is unlike the terror by ISIS in Europe and should NOT be met by force. It should be met with diplomatic and political means.”

Taken collectively one can assume that terror against Israelis/Jews is in a completely different category from terror against the rest of the world. Presumably the not so subtle message is that we are responsible for our own misfortune which in the context of recent history is par for the course.

Those who engage in denial and prefer avoiding the obvious should take the advice of the late British Labour politician, Denis Healey, who said: “it is a good thing to follow the first law of holes; if you are in one, stop digging.”

The Festival of Chanukah teaches us (or should teach us) that ignoring, minimizing and excusing those who wish to subjugate us, is not the way to go. Evil must be confronted head on so that the lights of freedom can shine and triumph.