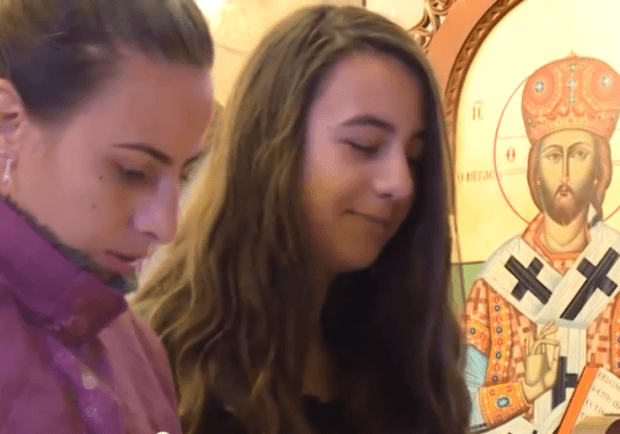 It’s a peculiar tradition.  As Christians prepare to celebrate Christmas, the media churns out articles blaming Israel for Christian struggles in the Holy Land.

The Foundation for the Defense of Democracy’s Cliff May wrote about the phenomenon in 2007:

In this holiday season, there are journalistic conventions one comes to expect: stories lamenting the commercialism of Christmas; stories summing up the 12 months gone by and predicting the direction of the New Year; and stories blaming Israelis for the problems afflicting the Holy Land.

Back then, May debunked accusations the Israel prevented Christians from visiting Bethlehem.

This year, USA Today reports that the 2,000 year-old Christian community in Gaza is disappearing.

Instead of looking to Hamas, the Islamist, Specially Designated Global Terrorist Organization that controls Gaza, writer Matthew Vickery (previously with al-Jazeera) blames “[t]he ongoing Israeli blockade of the Gaza Strip and the highest unemployment rate in the world.”

Blaming the blockade, such as it is, is deceptive at best.  Israel blockades only materials that Hamas can use for its terrorist purposes, but Hamas is inventive and turns even mundane items into tools for terror.  For instance, Hamas steals an unfathomable amount of concrete meant for civil construction and instead builds tunnels for subterranean invasion of Israel.

As important, Gaza also has a border with Egypt.  Since General Abdel Fattah el-Sisi took over in Egypt, overthrowing Hamas’s Muslim Brotherhood ally Mohamed Morsi, Egypt has imposed its own blockade of Gaza.  Responding to persistent Hamas tunneling and increasing terror attacks, Egypt razed buildings along its Gaza border, flooded Hamas’s tunnels. and is building a moat.  Gaza is cut off because its leadership abuses commerce with its neighbors to build the tools for terror and carry out attacks, not because its neighbors are malicious.

Gaza’s Christians, like Christians in the West Bank and around the Arab and Muslim world are not suffering because of Israel.  Last Christmas, Jonathan Tobin explained in Commentary:

Middle East Christians have been largely portrayed as being caught in the middle of a bitter war between Jews and Arabs over the Holy Land. But this is a profound misunderstanding of the reality of the conflict. Though many Christians have been prominent Arab nationalists, their effort to identify with the struggle against Zionism has not led to greater acceptance for Christians within Palestinian society or the Arab and Muslim world in general. To the contrary, over the decades, the Palestinian national movement has taken an increasingly Islamist tone as even allegedly secular figures like Yasir Arafat and his successor Abbas have adopted the language of Islamist triumphalism.

The reality is Christian populations are cratering across the Arab and Muslim world because they are being persecuted by a slew of recognized Islamist terror organizations, not because of Israel.

The ethnic cleansing of Christians in Gaza by Hamas and other Islamists is a story rarely told in Western media.

It doesn’t fit the dishonest media narrative of Hamas and its supporters being victims.

This report by Israeli channel i24, which we have been using for a live feed during the current war, is from January 2014:

ISIS is beheading Christians in Libya, Syria and Iraq (Kemberlee Kaye wrote about the plight of Christians in Iraq, here).  Egypt‘s nearly 2,000 year-old Coptic Christian was brutalized by the Hamas fellow-traveler Morsi.  Boko Haram is cutting Christian throats in Nigeria.  Al-Shabbab is hunting and murdering Christian students in Kenya.  Bruce Carroll has written about the broader Islamist eradication of Christians in the Middle East, here.

The pattern is clear enough.  In April, The Telegraph illustrated the point, albeit inadvertently, in discussing a recent Pew population report.  Amid discussion of a shrinking Christian population and Muslim growth, the Telegraph included this map, captioned “A heat map of the world’s Christian landscape in 2050”: That swath of gray from Mauritania in  West Africa to Mongolia and Japan in East Asia is essentially denuded of Christianity (Japan and China’s relationships with Christianity are topics for another day).  Israel’s Christian population, meanwhile, is growing.  It defies all logic and common sense to think that Christianity’s collapse in Gaza or the West Bank is Israel’s doing, when Christianity is disappearing for hundreds or thousands of miles around.

Oh and don’t forget that other Christmas chestnut – claiming Jesus was a Palestinian 2,000 years before “Palestinians” existed and 640 years before the Islamic conquest of Jerusalem.