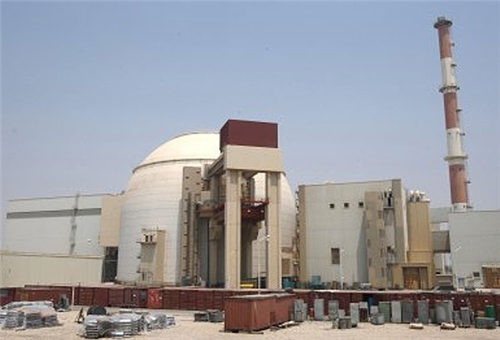 This publication is an English translation of a book which was first published in German in 2009, with an epilogue penned by the author in May 2014. Germany and Iran: From the Aryan Axis to the Nuclear Threshold focuses on German-Iranian relations from the time of Kaiser Wilhelm (1859-1941) to the present, culminating in a treatment of the Iranian nuclear program and Germany’s shameful role in shielding it from sanctions. Matthias Küntzel is uniquely qualified to write this book. The subject of his doctoral dissertation was the Nuclear Non-Proliferation Treaty (NPT), and he has published extensively on Germany’s position vis-à-vis nuclear proliferation. Küntzel is also a student of Islamist ideology and its disturbing incorporation of extreme Jew-hatred as a central doctrine. This book presents important new findings based on the author’s research in German and American archives.

Küntzel begins with Kaiser Wilhelm’s policy of cultivating Muslim allies in a bid to cause trouble for Germany’s enemies: Britain, France, and Russia, each of which ruled over large numbers of Muslims. Traditionally suspicious of Russia and Britain, the dominant powers to its north and south, respectively, from the outset, Iran was very receptive to German overtures. Germany’s loss in World War I did not cool Iranian ardor for all things German, and in the interwar years, Germany became Iran’s main supplier of industrial technology and technical expertise.

“The coming to power of Adolph Hitler,” Küntzel writes, “in no way hindered these expanding ties. On the contrary, not only was the Shah delighted, but a large section of the Iranian intelligentsia and business community also sympathized with National Socialism.” (23) In late 1934, at the urging of the Iranian ambassador to Berlin, the Shah banned the name “Persia” and insisted that the name “Iran” or “land of the Aryans” be used exclusively. Hitler reciprocated by exempting the “Aryan” Iranians from the Nuremberg racial laws. To this day, German visitors to Iran are reminded enthusiastically by Iranians that Germany and Iran share “a common Aryan heritage.” (27)

On August 25, 1941, Soviet and British troops invaded and occupied Iran, which provided the vital land bridge across which American-made war materiel was shipped to the USSR. This invasion reinforced Iranian mistrust of Britain and Russia, and of the Americans who aided those two countries and became their ally and did nothing to diminish the already strong Iranian sympathy for Germany. Küntzel cites the reporting of German journalist Christiane Hoffmann and others to the effect that in the twenty-first century, many Iranians still express “unconcealed admiration…for Hitler.” (7) While many Iranians accepted jobs with the British and Americans who were moving cargo to the USSR, many others assisted German agents in efforts to sabotage the Allied efforts in Iran.

After the Second World War, in the late 1940s and early 1950s, West Germany quickly re-established commercial ties with Iran, and with great success. Once again, Germany became Iran’s most important trading partner. The Iranian Revolution of 1979 that brought Ayatollah Khomeini to power did not stop West Germany from jealously protecting and fostering its trade relations with Iran. Küntzel describes in scathing detail the repeated failure of successive West German governments to impose any meaningful sanctions restricting trade with Iran; indeed, he points out that, for decades, Germany facilitated its trade with Iran by means of export credit guarantees, even as Iran held U.S. diplomats hostage and became the world’s biggest state sponsor of terrorism. Similarly, Germany repeatedly resisted any effort by the U.S. to impose tough sanctions on Iran, generally siding with Iran, China, and Russia against the U.S. An American reading this book is left wondering: With friends like Germany, who needs enemies?

Most damning of all is Küntzel’s documentation of the German ruling elite’s almost complete indifference to the antisemitic rhetoric of Iranian leaders, such as Mahmoud Ahmadinejad (president of Iran from 2005 to 2013). Unlike his countrymen, Küntzel recognizes and is appropriately horrified by the clearly genocidal implications of Iranian words and policies vis-à-vis Israel. How could the Germans, of all people, be so blind? Economics alone cannot explain it, since Iran has never represented more than a small fraction of German exports.

A clue can be found in the biography of the left-wing Green Party politician Joschka Fischer, who would become Foreign Minister under the Social Democratic Chancellor Gerhard Schroeder. Fischer was a firebrand student activist in the 1960s and 1970s who, like many on the left, was anti-Western and pro-Third World. In 1979 he “hailed Khomeini’s uprising not only for striking a blow against Westernization in Iran, but also as a call to arms against the Western way of life as a whole.” (123) As Foreign Minister, Fischer would become one of the staunchest European opponents of the Bush Administration and its war in Iraq. In September 2004, Foreign Minister Fischer made this astonishing statement: “We Europeans have constantly advised our Iranian partners in their own well-founded interest to view us as their protective shield.” (210) Kȕntzel interprets this statement as follows: “Europe as the shield between Iran and America: not to protect the United States from the Islamists, but the Islamists from the United States. Such a metaphor could only occur to someone who sees America as the adversary and the Khomeinist revolution as meriting protection.” (210) (A sobering thought: Barack Obama appears to have a biography and a world view quite similar to that of Joschka Fischer.)

Küntzel poses the question: Why has Germany apparently chosen to take an Iranian nuclear bomb in stride rather than accept a break in German-Iranian relations? One possibility is that Germany’s foreign policy elite thinks it is in Germany’s interest to maintain an alliance with a nuclear Iran because it would also mean the destruction of American hegemony in the Middle East. That is “multipolarity at any price.” (227) A second possibility is that German policy makers are not really thinking clearly but viewing Iranian nuclear policy through rose-colored glasses and drifting along with the general anti-American bias of the German populace that sees the United States as a greater danger to world peace than Iran. What really matters, from this point of view, is that the Americans not be allowed to start another war in Middle East: Iran must not become a second Iraq. (229)

Whether one accepts the first theory or the second is irrelevant: “in both cases Israeli security interests are overridden, in both cases there is a refusal to draw the necessary conclusions from Nazi history; in both cases the Iranian opponents of the regime are ignored.” (230)

Küntzel’s book demonstrates a deeply disturbing truth, namely, that if Iran should acquire nuclear weapons and use them to commit a second Holocaust against the six million Jews of Israel, then Germany – the nation that committed the first Holocaust – will have played a central role in paving the way for the Iranian perpetrators.