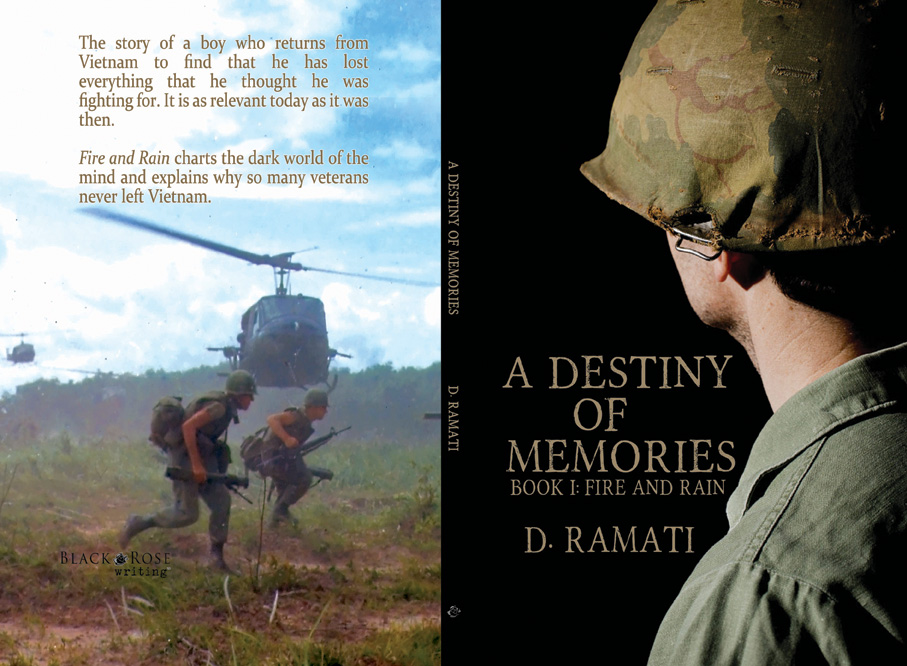 A review by David Bedein

David Ramati has written A Destiny of Memories, Fire and Rain which has already achieved eight five star ratings at Amazon. I would like to make it nine with this review.

I have known David from our old University of Wisconsin Days after he returned from the Vietnam War. David volunteered to join the United States Marine Corps and fought for what he believed was right in a war that had no rear lines. He served, as did many of his generation, out of love for America and a desire to keep America, his friends, and family safe.

This book is not just another war story, although it flashes back to many disturbing and riveting scenes that he experienced during the way, rather it is a book about returning home. As he says in his book where he quotes Thomas Wolfe, you can’t go home again.

“Baby killer…war criminal…Nazi…” were among the greetings waiting for my fellow veterans ‘back home’. David writes with eloquence and pain how this affected him– and many thousands of others– who served their country honorably after being lied to by our political leaders.

Some of the reviewers of this book have compared it favorable to “All Quiet on the Western Front” or “For Whom the Bell Tolls.” I cannot disagree with their assessment.

There is one sentence in the book that strikes the heart, which I will never forget, “You can take the Marine out of Vietnam, but you can never take Vietnam out of the Marine.”

This book is about a long journey back from darkness. I couldn’t put the book down, and after reading it in one sitting from cover to cover, I  found myself staring out into the night, almost out of breath. This is a masterwork and I recommend it without any reservation.

You can order this book via a number of retailers listed on his author’s page. Please go to www.davidramati.com for more information.