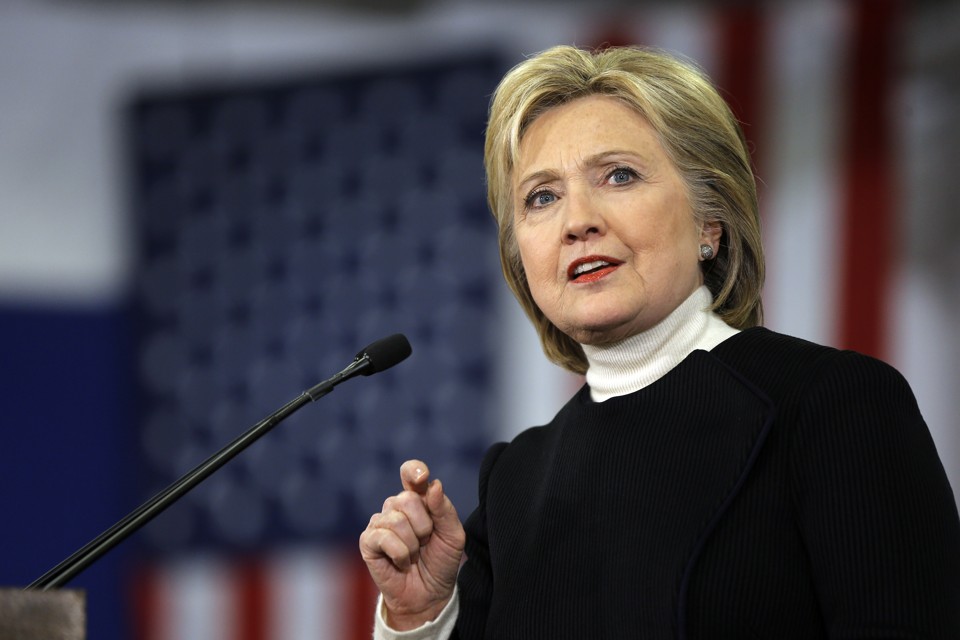 Philadelphia – October 20, 2016 – The Middle East Forum’s “Islamist Money in Politics” (IMIP) project is releasing the top-ten recipients of 2015-16 campaign contributions from individuals who subscribe to the same Islamic supremacism as Khomeini, Bin Laden, and ISIS.

Hillary Clinton tops the list, raking in $41,165 from prominent Islamists. This includes $19,249 from senior officials of the Council on American-Islamic Relations (CAIR), declared a terrorist organization by the United Arab Emirateson November 15, 2014.

For example, Mrs. Clinton has accepted $3,900 from former CAIR vice-chairman Ahmad Al-Akhras, who has defended numerous Islamists in Ohio indicted – and later convicted – on terrorism charges.

Among other current presidential candidates, Jill Stein has accepted $250. Donald Trump and Gary Johnson have not received any Islamist money.

Other top recent recipients of money from the enemy include Rep. Keith Ellison($17,370) and  Rep. Andre Carson ($13,225). The top-ten list includes nine Democrats, one independent (Sen. Bernie Sanders accepted $9,285), and no Republicans.

None of the above recipients has responded to IMIP’s efforts to inform and warn them about the Islamist ties of these donors.

For full details of all Islamist contributions in a sortable database, click here.

Islamist Money in Politics holds politicians accountable for accepting funds from sources linked to the enemy. It shines a light on Islamist influence in U.S. politics by making public the campaign contributions of 1,356 leading figures in America’s most important Islamist groups. To date, IMIP has documented 2,974 Islamist contributions worth $1.43 million.

Launched in 2014, the non-partisan project continually updates contribution data to educate politicians themselves and the public.

Yom Kippur in Israel Was FANTASTIC Outside – page in the Bible

Caroline B. Glick - October 1, 2020
Earlier this month, the Harvard's Kennedy School of Government announced that PLO Executive Committee Chairman Saeb Erekat has been hired as a senior fellow...