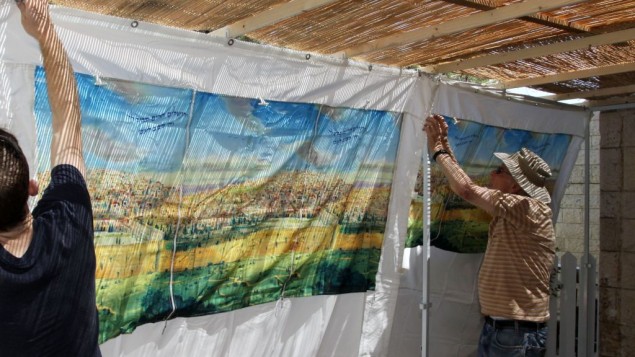 Three Palestinians who accepted an invitation to the sukkah of the head of a West Bank settlement were summoned by Palestinian Authority intelligence on Thursday to explain why they had visited “murderers of babies.”

The three, from two nearby Palestinian villages, were hosted by Oded Revivi, the mayor of Efrat, a settlement located 12 kilometers (7.5 miles) south of Jerusalem.

Also at the gathering were senior figures in settlement authorities and the Israeli security services — among them the head of the IDF Central Command Nitzan Alon, as well as members of the police and Civil Administration (the Israeli government’s representative body in the West Bank).

After images of the Palestinians at the event circulated on social media, they were summoned by Palestinian intelligence and asked about their meeting with “the murderers of babies” — a possible reference to an accident six weeks ago in which an Efrat resident ran over and killed a six-year-old Palestinian girl. The girl’s parents were also at the sukkah gathering, Channel 2 said.

Revivi told Channel 2 News that instead of working for peace, the Palestinian Authority preferred to summon for investigation Palestinians who drink coffee with their neighbors.