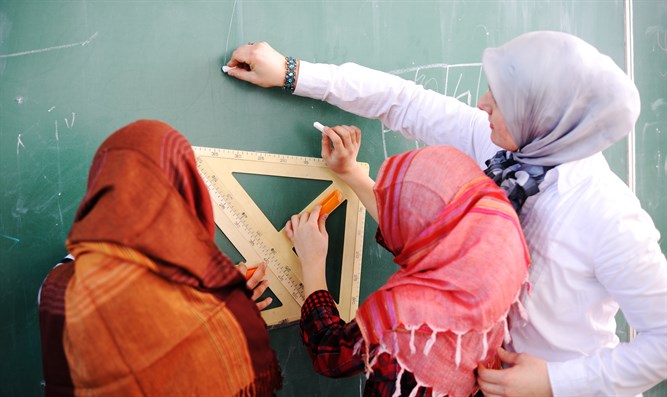 Chairman of the Knesset Education Committee, MK Yaakov Margi, issued a directive to the Education Ministry and the Jerusalem Department of Education, requiring them to provide precise documentation of the supervision and enforcement procedures of educational materials used for Arab schools in Jerusalem – both in municipal schools and in UNRWA-run schools.

Committee members heard evidence on anti-Semitism and incitement in Arab schools in the capital during the hearing, including a report by the Center for Near East Policy Research (CNEPR) think tank.

According to CNEPR director David Bedein, the organization’s investigation found that the school books used in the Arab and UNRWA schools were “rife with demonization of Jews, denial of Israel’s legitimacy, along with calls for a violent Jihad war to liberate all of Palestine.”

Arutz Sheva has been publicizing reports on UNRWA textbooks, both in Jerusalem and other areas, from the time David Bedein and Dr. Arnon Gross began to expose them and fight to have them supervised.

“Since more than 30 countries donate to UNRWA schools in Jerusalem, UNRWA education accountability will involve consuls of the lead donors to UNRWA: The US, The UK, EU, Sweden, and Germany”, Bedein added.

The Education Ministry and the Jerusalem Department of Education will be required to show what they have done about the incitement in the Arab and UNRWA school systems and how they intend to deal with the situation in the future. The Knesset is expected to begin legislation on education reform in Arab and UNRWA schools in Jerusalem following the report in six weeks.