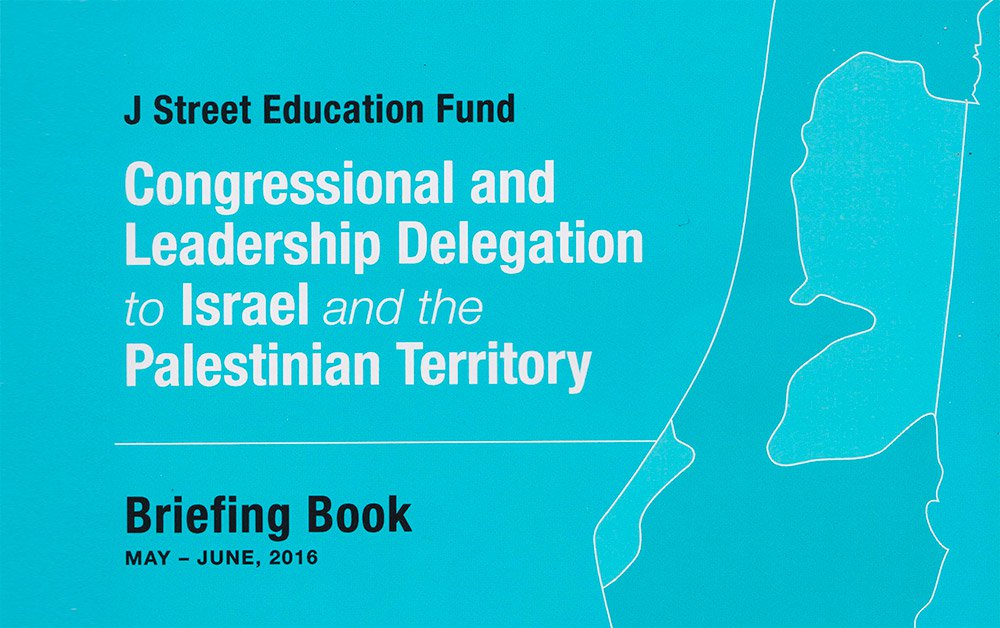 “A response to the interview with the head of J Street and their briefing booklet on this website, at http://israelbehindthenews.com/?s=yael

Like most Israelis (I have dual citizenship) I voted for Peres, supported the ´peace process,´ Oslo, and even Sharon´s withdrawal from Gaze.

Like most Israelis, I learned a lesson that apparently you have not learned. The Arab and Muslim mind has been so poisoned by the ´theology of hatred´ that was spread throughout the Muslim world by the notorious Mufti, that no concession, no reduction of territory, no forcing Jewish settlers from their Judea and Samaria homes, will end the ´Palestinian´ leadership´s goal of eradicating a Jewish-run state.

Listen and watch ´Palestinian´ TV, inspect schoolbooks, listen to recordings of important occasions, and compare this with the writings of the notorious Mufti, friend of Hitler. What we are facing is not just a desire to return Jews to the second-class status of the M. E. before Colonialism, but a goal to wipe us out completely.

And this ´theology´ produces terror, and Israel must protect itself. The Holy Land Arab leaders have continually justified acts of terrorism against Israelis, defending the Palestinians´™ right to “resistance by any means, including armed resistance.” Barghoti is just one example. Barghoti says “Israel has no right to exist” and denies that Jews are the aboriginal people of their country. He also denies the Jewish people have a right to self-determination. ´œ They are not a people, he declaimed, and the United Nations´™ principle of the right to self-determination applies only to colonized people who want to acquire their rights´. While Barghouti insists Palestinians must have “the right to have rights,” he denies the Jewish people have any rights
Some Liberals, including Jewish liberals, appear to me to believe four lies, four outright lies:

.1. “The State of Israel is a response to the Holocaust.” Answer, The Romans did not drive all Jews from the Holy Land, and in some parts, like Safed and Tiberious, Jewish settlement was continuous. This was also true of Hebron up to the 1929 riots. Muslims invited seventy Jewish families to return to Jerusalem after driving out the Crusaders. (They also allowed certain Monasteries and Convents to continue to function.) The Caliph of Jerusalem came to the Jaffa dock to welcome Jewish refugees from Torquamada’s Spain in 1492. The Muslim Turks gave Jews the right to pray at the Western Wall, a right the British removed in 1938, but that was returned by Jerusalem’s Unification in 1967. There was no “Palestinian” representation by that name in the Turkish Parliament before WWI, but there was a representative of the Jews of the Holy Land. (For many years it was Rabbi Eliyahu Navon, Chief Sephardic Rabbi of Jerusalem. His son, Joseph Nevon, who studied engineering in France, got the approval in 1888 in Istanbul to build the Jaffa ´” Jerusalem railroad, actually built by a French construction company, and first opened in 1892.) King Feisel of Iraq told the League of Nations he welcomed Jewish immigration to the Holy Land. Thus, on the basis of the Balfour Declaration, the British got the Mandate, and then their Colonial Office decided to do its best to undermine that declaration. Jews have always prayed facing Jerusalem and prayed for the rebuilding of the Holy Land.

.2. “Jewish settlement building makes the internal Muslim problem of fundamentalism and its terror worse.” Answer: There was always a strain of fundamentalism in Islam, but it was the appointment of Hajj Amin Husseini as Mufti of Jerusalem by the British, a man who began corresponding with Hitler in 1923, that injected extreme hatred into Islam. Christian colonialists did not realize that hatred breeds hatred, with hatred of Christians a natural product of the drastic changes Husseini made in Islam, changes implemented throughout the Muslim world. Islamic fundamentalism came before the State of Israel, and its opposition to Jewish settlement anywhere in the Holy Land is largely based on that fundamentalism. The few moderate Muslims that dare speak out know that Imam Pelazzi of Rome has written that the Koran specifically authorizes Jewish settlement, and it is the duty of Muslims to help! (Apparently, King Feisel understood that.) I can suggest that you check Surahs 5-21, 7-137, 10-93, of the Koran for yourself. If the cause, Islamic Fundamentalism, had been recognized as the major problem preventing Arab-Israeli peace, control and reduction of this fundamentalism would have also prevented ISIS and reduced much of the turmoil in general that has occurred in the Middle East, as well as making an Israeli-Arab peace possible.

.3. “Settlements oppress ‘Palestinians’ through separate roads, check-points, curfews, and Israeli Police activity.” (so-called ´Apartheid´) Answer: `Would any of these restrictive measures exist if “Palestinian” leaders, both PLO and Hamas, didn’t teach their people that terrorism is the finest occupational calling and that violence against any Israeli Jew, child or adult, civilian or military, male or female, old or young, is to be applauded and rewarded? Jewish partisans fighting the Nazis did not attempt to kill German school-children. Israeli underground fighters did not attempt to kill British school-children and neither did the Irish Republican Army. Algerian Muslim revolutionaries did not attempt to kill French school-children. It is the “Palestinian” leadership that oppresses their people by teaching them terrorism as the goal of life. Terrorism has been taught in UN-supervised schools in refugee camps for years. In the summer of 1996, Arafat removed the Jordanian textbooks that Israel had used in the West Bank since 1967 and substituted the anti-Semitic ones, mostly printed then in Saudi Arabia, that had been used in the terrorist-run, UN-supervised refugee camps. Textbooks that ISIS uses today. Textbooks using large amounts of material translated from those used by the Nazis. Bill Clinton and the Israeli left government did nothing (Summer 1996).

.4. “An immediate move to an independent Palestinian State will help bring peace. End the Occupation!” Answer: Israel left all the facilities for an excellent agricultural economy when it left Gaza. The first thing the leadership did there was to destroy the hot houses and farm machinery and to use the scrap to start making weapons to attack Israel. Given the nature of “Palestinian” education, we can expect the same from such a move from the West Bank. But the violence would not start then. There were 8,000 Jews living in Gaza. There are 300,000+ Jews living in areas ruled by Jordan 1948-1967, all areas where there were Jews living before 1948. If they were Muslims or Christians the USA State Department wouldn´t object to build homes for their children, but not Jews. Who, exactly is going to force these people to leave?

A separate and independent “Palestinian” state needs first a population and leadership that recognizes the right of Jews to share the Holy Land. Then housing starts, and there are housing starts for both Arabs and Jews on both sides of the Green Line, would not be in any way an obstacle to peace negotiations.

“Palestinian” is in quotes, because the Romans, when pagans, gave the name Palestine to the Holy Land to honor the extinct pagan Philistines. The British used that name, and indeed the Jewish Brigades in WWI and WWII, Jewish soldiers from the Holy Land, were called Palestinian Brigades. (Now Abbas is teaching Arab children they are descendants of the Philistines, and not Abraham and Ishmael!) They are not really Palestinians any more than Israelis are. They are Ishmaelites, in Arabic Issmaelin. And I try to adopt Abraham’s love for Ishmael, King David’s love for Absalom, the Father’s love for his Prodigal Son in Luke, when thinking about Arab terrorists. They are not intrinsically bad, but have had very bad leadership.

A Peace Process built on lies is sure to fail. A doctor who treats a symptom of a serious disease instead of the disease can kill the patient. The disease is Islamic Fundamentalism, and the Arab-Israeli quarrel or at least its continuity is one of its several symptoms. Jews have always been the ´canary in the mine shaft when it comes to intolerance.

All independent countries in this area are faced with possible Iranian domination.

The USA is not going to send a military force to rescue the Saudis. Israel and Saudi Arabia working in harmony can disable the Iranian nuclear threat with minimum casualties. A strong Israel is in Saudi Arabia´s interest, and Saudi Arabia is both the center of Islam and a society where the nefarious Mufti had the most influence. Netanyahu’s plan is to convince the Saudis and other Gulf nations that a good dose of tolerance is in their best interest. I will be glad to discuss this further in detail, including reference to the Temple Mount situation and more, if you are interested.

In addition, Israel can make water out of thin air now, and give the Saudis and Gulf States the gift of food-self-sufficiency. We can help bring Islam into the modern age and help bring peace between now warring Islamic, Arab-and-non-Arab ethnic and religious groups.

A real peace process starts with a change in Saudi thinking and funding.