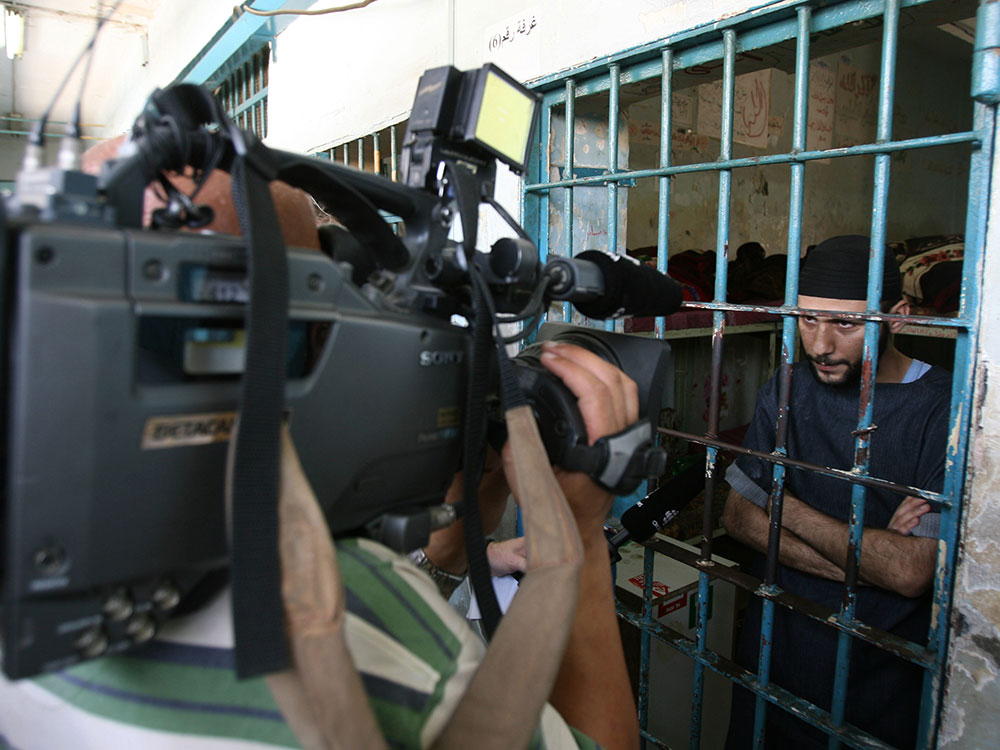 Human rights in the West Bank and Gaza Strip appear to be in a death spiral.

Two weeks ago, an American citizen, Issam Akel, who is also Palestinian, was summoned to police headquarters in Ramallah. He was then detained and subsequently arrested by Palestinian security forces and has been in custody since. His alleged crime, which is punishable by death in the areas of the West Bank controlled by the Palestinian Authority (PA), is that he was involved in selling property in the Muslim Quarter of the Old City of Jerusalem. To Jews. Under PA law, it is high treason, warranting capital punishment, to sell any land to a Jewish person.

Quite by coincidence, a week or so after Akel’s arrest, the New York-based organization Human Rights Watch issued a blistering 145-page indictment of extreme institutionalized abuse and repression in PA- and Hamas-controlled territory.

Summarizing the findings of two years of careful fieldwork and research led by Omar Shakir, Israel and Palestine director at Human Rights Watch, the report concludes that PA and Hamas authorities “routinely arrest and torture peaceful critics and opponents.” Tom Porteous, deputy program director at the influential NGO, lamented the fact that where Palestinian authorities do have autonomy, “they have developed parallel police states.”

In spite of a strong Western inclination to perceive Palestinian society as one valuing civil and human rights, the evidence very much supports the contrary. In the West Bank, the PA controls the press, as does Hamas in the Gaza Strip. The slightest, most innocuous criticism of the ruling party may well land an individual in jail, for years. Or worse.

The slightest, most innocuous criticism of the ruling party may well land an individual in jail, for years. Or worse

The press is an instrument of control over the local population and also a tool to incite to violence. PA President Mahmoud Abbas may scrub up well in a suit and tie but the media he controls disseminates an unceasing torrent of Jew-hating bile.

In fairness to the 83-year-old president, elected in 2005 to a four-year term, fortune has not been smiling on his dictatorship recently. The strain is showing.

Feeling besieged, Abbas and his top advisers have been vicious in their criticism of U.S. President Trump and all his closest advisers. He has been emphatic in his prospective rejection of any peace proposal made by the Trump administration, characterizing them as being utterly beholden to the Israeli government.

Then, during the past week, the unthinkable transpired. It is understood, and has been for many years, that there are quite extensive relations between Israel and many Middle Eastern countries, however quiet. The threat of an expansionist and nuclear Iran as well as other regional security issues (and Israeli tech prowess) have caused many Arab countries to rethink their absolutist rejection of Israel.

The most recent is Oman, whose leader, Sultan Qaboos bin Said, welcomed an Israeli delegation to his palace in Muscat, led by Israeli Prime Minister Benjamin Netanyahu, Mossad director Yossi Cohen, and others. The Israeli delegation landed mere days after President Abbas had visited Oman, and the clear suggestion of mutual recognition likely enraged the PA leader.

Coinciding with the Oman visit, Israeli Minister of Culture and Sport, Miri Regev, was in Abu Dhabi to support the Israeli judoka team competing in an international event.

Last year, the host nation shunned Israeli competitors, the norm in the Middle East. This year, however, the International Judo Federation reportedly threatened to cancel the competition unless all athletes were treated equally, regardless of nationality. So, for the first time ever at a sporting event in an Arab country, Israeli medal winners — including one gold — saw their national flag raised as their anthem played. This “normalization” of Israel seems to have pushed Abbas and his supporters over the brink.

Writing on Oct. 28 in a PA-controlled daily newspaper, Fatah Revolutionary Council member and journalist, Muwaffaq Matar, attacked the Arab countries for this arch betrayal of the Palestinian cause. Matar implored his fellow Arabs to remember the words to the Israeli national anthem, which they stood for and respected in Abu Dhabi:

“Let our enemies shudder (in fear) … let all the people of Canaan shudder, let the people of Babylon shudder, let their skies be swathed in fear and terror as we thrust our spears into their chests … and see their spilt blood and their severed heads. Then God’s Chosen People (will reach) the land God wanted (them to have).”

These lyrics, of course, are fictional. Both Matar and Abbas know this well. But such crude propaganda is typical of Palestinian “media,” which is used to incite the local population against Jews.

Palestinian society is bereft of the most basic institutions that promote civil society and nationhood: a democratically elected government; an independent judiciary; and a free press. This is not due to Israeli occupation or a lack of international support, including financial.

Palestinian society is bereft of the most basic institutions that promote civil society … a democratically elected government; an independent judiciary; and a free press

It is, however, attributable to decades of naïve Western support for intransigence and outrageous conduct, including a brazen disregard for human rights. In spite of rife, leadership-condoned incitement, Western countries poured hundreds of millions of dollars into Palestinian NGOs and UNRWA (the United Nations Relief and Works Agency for Palestinian Refugees)  — bastions of Jew-hating incitement. Very recently, as nations recognize this reality, the funding habit has begun to reverse, with significant reductions in support on the part of the U.S., Denmark, Belgium and others.

Canada, bucking the trend, has very significantly increased its financial largesse in the past two years.

For the next two days, Canadian Minister of Foreign Affairs Chrystia Freeland will be meeting with senior Palestinian officials in Ramallah, likely including President Abbas. As a fierce champion of human rights globally, I am confident that she will raise this appalling human record, particularly in light of increased Canadian funding for the area.

— Vivian Bercovici is Canada’s former ambassador to Israel. She lives in Tel Aviv.