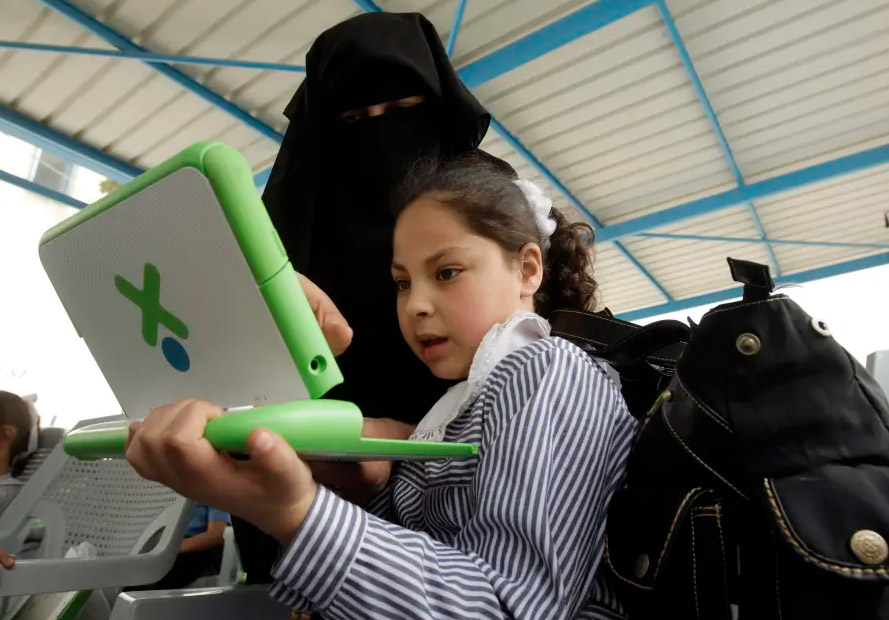 A declassified document from the United States Government Accountability Office says that schools in Palestinian Authority areas run by UNWRA have an anti-Israel bias, bordering on incitement to violence.

The report was published in 2018 and made available this week to the public after two congress members called for its release.

Schools run by the United Nations Relief and Works Agency (UNRWA) have come under heavy criticism for years culminating in the Trump administration withdrawing funding from the agency. In February, the US announced its decision to de-fund the Palestinian Authority via its USAID program.

The two congressmen called the report “damning.” In one section, the report states that “more than half of the neutrality / bias issues it found were related too one of the following three categories — maps, Jerusalem and cities — for example, regional maps that exclude Israel and refer to Israeli cities as Palestinian.”

Math problems found in textbooks were also found to be “problematic” and “not aligned with UN values.” The report explained, “a specific math problem using the number of Palestinian casualties in the first and second intifadas (uprisings) was clearly objectionable.”

US officials found “material that ignores Israeli narratives, includes militaristic and adversarial imagery, and preaches the values of resistance.”

Congressman Scott Perry said, “The declassification of this report is a win for government transparency and the American public. The UNRWA textbook report sheds light on how misreporting from the Department of State directly interfered with the ability of the US Congress to conduct its constitutionally vested oversight.”

The report was based on an earlier study recently issued by the Jerusalem-based Institute for Monitoring Peace and Cultural Tolerance in School Education which found that the latest Palestinian Authority elementary school textbooks are even more radical than previous editions. The IMPACT-se report was based on examination of elementary-school grades one through four and high-school grades 11 and 12 of the 2016-2017 PA’s educational curriculum.

“The release of this report puts to rest the myth that UNRWA is teaching an alternative, less radical curriculum to the children in
its care,” CEO Marcus Sheff said. “The report clearly states that while UNRWA may have created complementary materials in an attempt to cover up some of the hate in the PA curriculum, these materials never saw the light of day. They were not distributed, nor were teachers instructed in their use.”

“We are incredibly gratified that Representatives Zeldin and Perry have been successful in getting this GAO report declassified and released, and we were delighted to be able to meet with Congressman Zeldin’s office last week in Washington to discuss this issue,” said IMPACT-se director Marcus Sheff.

Many of the textbooks reached the hands of US officials through David Bedein of the Jerusalem based Center for Near East Policy Research. Bedein personally met with Yasser Arafat, the late head of the Palestinian Authority in 1996 as part of a special delegation and requested the textbooks. “Since then we’ve been paid for an receiving every textbook for the past 20 years,” Bedein told The Jerusalem Post. He said school children were being taught to look up to Dalal Mughrabi, a perpetrator of the 1978 Coastal Road massacre in Israel, among other concerns.

UNRWA has provided assistance to Palestinians in Israel and other countries since 1949. The Trump administration in August 2018 cut all funding to the agency questioning the organization’s “fundamental business model” of servicing an “endlessly and exponentially expanding community” of declared Palestinian refugees.