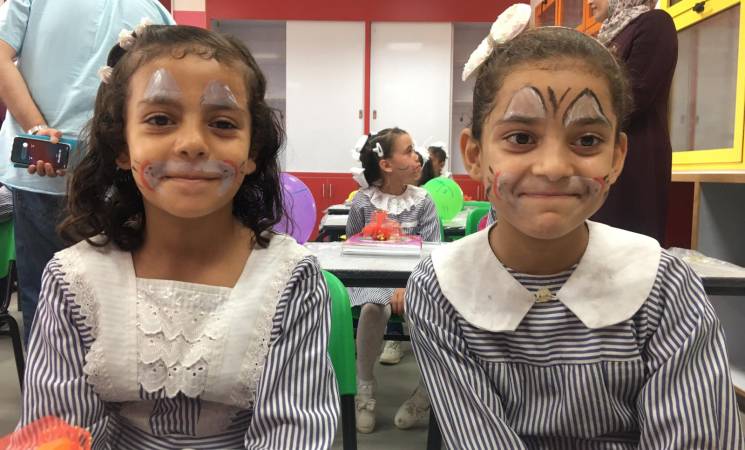 The first day of school was a wonderful opportunity for the 70 year-old temporary United Nations agency to show pictures of children and ask for money.

The United Nations Relief and Works Agency (UNRWA) wrote about the 532,000 UNRWA students who went back to school, part of the “5.4 million Palestine refugees registered with UNRWA.”

But those two figures were not really accurate, even by UNRWA’s count.

The head of UNRWA, Commissioner-General Pierre Krähenbühl who is being investigated for corruption, said that the schools help Arab students become “thoughtful and open-minded, to uphold human values and tolerance, and to contribute positively to the development of society and the global community.” Unfortunately, the exact opposite is the case. Just ten days before the first day of school, the UN was presented with significant findings of outright antisemitism in UNRWA textbooks. The IMPACT-SE study covered many examples of hatred and incitement in the classrooms including:

Over a dozen other examples were given.

In concert with the corruption, the lies about the number and types of people getting services and the promotion of antisemitism, the ever-lasting temporary agency came begging for donations.

The Arab-friendly press said that UNRWA needs another $150 million to operate until the end of the year, about 10% of the annual budget of $1.2 billion.

One possible solution for the shortfall would be to remove all of the people in the “other” category who account for well over 10% of the population and should never have been getting services from the ever expanding temporary agency.

Another cure would be to stop UNRWA’s microfinance lending program which hands out tens of millions of dollars every year to Arabs to start businesses. It is unclear if any of the over $530 million in “loans” has ever been repaid.

Shutting all services in the Palestinian territories of Gaza and Area A is another possible answer to the incessant calls for global aid.

But more than anything else, it’s time to shut the school charade.

UNRWA’s textbooks and schools are the training manuals and grounds, respectively, for Hamas’s antisemitic war against Israel. Much like Hamas’s use of children as human shields in launching rockets against Israeli civilians, UNRWA is complicit in crimes against humanity. Not only should the agency’s mandate not be renewed in 2020, social media should block its pages and world banks should deny its ability to fund raise and distribute monies immediately.