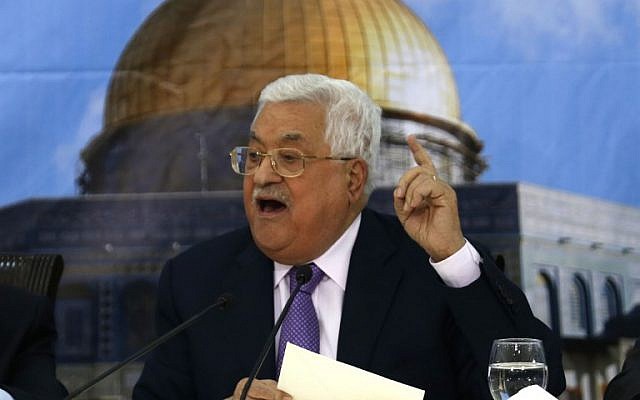 Quote: “We live in a deranged age, more deranged than usual because in spite of great scientific and technological advances, humans have not the faintest idea who they are or what they are doing.”

This updated quotation sums up the sorry state of world affairs these days. One can only shake one’s head and wonder where it is going to lead and how much further deranged it can become.

Some of the latest examples should illustrate exactly how this syndrome is impacting us wherever we may be living.

The mystery of number forty-five is finally solved.

The other evening a well-known journalist, originally American but now living in Israel, gave a lecture at our local Synagogue. He traversed a wide variety of topics, all of which were interesting. However, one encounter he had recently with a group of Jewish American visitors stuck out as a perfect example of what passes for deranged conduct these days. As he was speaking about current events one of the visitors kept interrupting him with references to number 45. Finally unable to fathom what she was referring to he asked her to clarify just what this number 45 was all about and what relevance it had to the subjects under discussion.

All was revealed as it transpired that this mysterious number was in actual fact the forty-fifth President of the United States, namely Donald Trump. Apparently, there are many who still cannot bring themselves to mention his name and therefore prefer to call him by this number. This makes about as much sense as New Zealand’s Prime Minister’s refusal to mention the name of the perpetrator of the recent Mosque massacres. Both examples are classic derangement syndrome behaviour by individuals who cannot or will not face up to reality. In one case it is the inability to acknowledge that Trump won the last election and in the other, it is a misguided belief that by making the criminal anonymous it somehow diminishes his notoriety.

It is an enduring mystery as to how seemingly intelligent individuals can be so blind and deaf that they ignore glaring evidence and pursue mirages.

We all know about the appeasers who right up to the outbreak of war in 1939 and in fact even thereafter peddled the ludicrous notion that given sufficient incentives the Nazi regime could somehow be converted to civilized behaviour. How many still remember devoted Communist supporters who despite learning about the atrocities initiated by Stalin nevertheless closed their minds and until their dying day remained faithful and fervent followers of the “workers’ paradise”?

Today’s deranged “believers” follow the same pathetic pattern of ignoring not only the lessons of the past but refusing to internalize the stark evidence hitting them in the face. It is patently crystal clear that those aiding and abetting terror acts against Jews and Israelis do so in furtherance of their stated aims which are the eradication of a Jewish presence in the homeland of the Jewish People. It makes no difference whether this support is active or passive because the end results are the same. Hamas, Hezbollah and other assorted groups all funded and hosted by Iran and its proxies make no secret of their intentions. It is the duplicitous others using the well-worn tactics of speaking out of both sides of their lying mouths who manage to fool and befuddle the gullible.

Thus we witness the spectacle of Israeli politicians from left field that makes pilgrimages to Ramallah there to be feted and mesmerized by professional con artists. The media love these occasions because it makes a fantastic splash around the world hiding the fact that the majority of Israeli voters reject the illusory “peace overtures” allegedly just waiting to be embraced.

What of course is deliberately omitted and ignored are the myriad examples of real intentions either articulated in Arabic thus escaping the attention of foreign audiences or the deliberate lies. It is instructive to note that following the recent murders and maiming of several Israelis not a word of condemnation was forthcoming from that dove of peace, Abbas. Most probably he was too busy trying to calculate how despite a financial crisis he could pay pensions and rewards to the “martyrs” and their families who carried out the murders.

As a reminder for those deranged pilgrims to Ramallah and other apologists of appeasement here is a small sample of what passes for “peace” gestures these days.

Where has all the oil gone?

The mystery continues as to the whereabouts and final destination of the Iranian revolutionary guards registered vessel which sailed forth from Gibraltar. Somewhere in the Mediterranean, this banned cargo of Iranian oil is just waiting for the right opportunity to make a dash for a safe port and unload. The Iranians know that no serious action will be taken to stop them because the French have already made it clear that their only priority is to appease the Mullahs at all cost. For one moment it looked as though Trump would also be suckered into this deranged agenda but thankfully the Iranians themselves put a stop to it.

Shock and horror – Jews want to pray on the Temple Mount.

Can you imagine a more outrageous situation than Jews being allowed to pray on their holiest site? Contrary to the hysterical assertions made by the “guardians of religious freedom” (a misnomer if ever there was one), the Hashemite Kingdom of Jordan, there is no intention to enter the Mosque there, merely to have the right to pray on the Mount in a designated area. It is a perfect example of how deranged incitement and the deliberate dissemination of barefaced lies contribute to inevitable pogroms. This is an old tactic but unfortunately instead of standing strong those who should be defending our basic rights prefer to run for cover and try to buy illusory quiet.

In a few weeks, we will have another opportunity to choose whom we want to govern us. The choices are many but on the day it all boils down to which party is more likely to defend and enhance our lives.

The trouble is who does one believe? Watch this space.