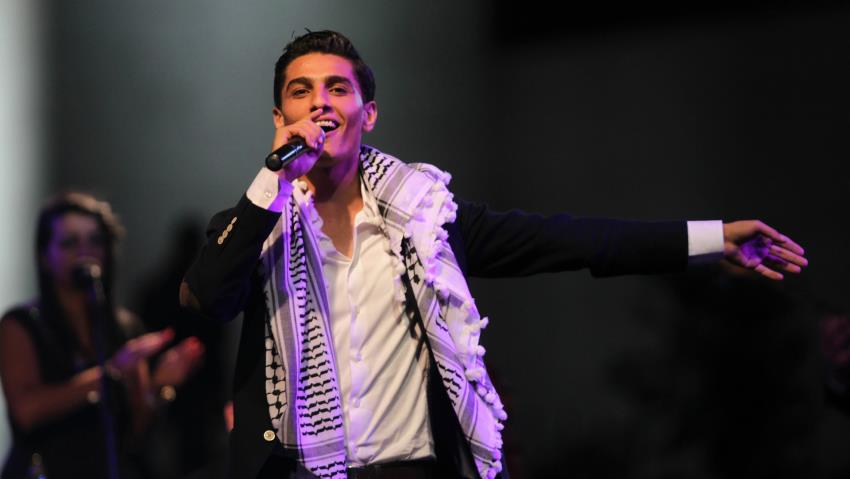 We dispatched a TV crew to cover that event, which will be screened this week at the UN.Filming a rock concert where a crowd is swayed by a sexy singer is not unusual. Who has not seen that in their lifetime?  What is new this time?

After all, the singer who sways the crowd does so in the spirit of a United Nations agency. What could possibly be wrong with that? Except that the message from this UNRWA youth idol is that Jews must be wiped out of Palestine, and replaced with by Palestinian Arabs, only by Palestinian Arabs.

Germany, which slaughtered Jews only a generation ago, has  emerged as a leading funder of UNRWA.

And where does such an agency get its support? Yes, from the usual suspects:  Saudi Arabia, Qatar and the United Arab Emirates. Yet also from leading democratic nations of the world – Germany, the UK, the US, Canada, Japan, Norway, Switzerland, Sweden, France, Spain, Italy and Belgium. All turn a blind eye and closed ear to the “Voice of Judenrein”, presented so clearly by  UNRWA Youth Idol Mohammad Assaf, who has emerged as the singular voice of the UNRWA path of destruction.

As our cameras panned the crowd swayed to the music of hypnotic Jihad, Nuremberg rallies of days by gone.  As young people cheered calls for mass murder of Jews and mass martyrdom to achieve such a goal, it is not hard to understand why Germany, which slaughtered Jews only a generation ago, has  emerged as a leading funder of UNRWA, and why the UK, which closed exits to Palestine from the European inferno, emerge as a funder of this message of destruction.

Mohammad Assaf, newly married into the wealthiest Palestinian Arab family on earth, travels each day from UNRWA refugee camps in Gaza, with a permit from the Israel  Civil Administration, smiling at curious Jewish authorities, as if his message to Arab youth concerts is innocuous.

UNRWA , recently shaken by corruption at the highest levels, now witnesses the emergence of a new leader who proclaims the genuine voice of “UNRWA values”.

Decide for yourself if Mohammad Assaf’s message is anything but innocuous.