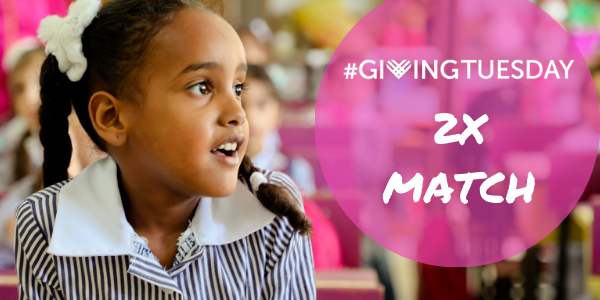 At a time when FACEBOOK founder Mark Zuckerberg conducts campaigns which stress “education for peace” around the world, it comes as a surprise that FACEBOOK would offer generous matching grants to UNRWA

No education for peace and coexistence exists in UNRWA.

UNRWA schoolbooks call for violence in the “the liberation of Palestine”, all of Palestine, leaving no place for any ” two state solution”.

Newest UNRWA textbooks printed in 2017-18 openly state that the Jews who survive the liberation of Palestine would then be exterminated.

UNRWA text books glorify Dalal El Mugrabi, who commanded an armed terror attack on a civilian bus on Israel’s Coastal Highway in 1978, resulting in the murder of 38 passengers, including 13 children.

UNRWA school books venerate the massacre of the 11 Jewish sportsmen killed at the Munich Olympic Games in 1972.

UNRWA educate descendants of Arab refugees from 1948 to believe that their only solution is a return to villages from 1948, by force of arms.

The UNRWA textbook for Grade 9, Reading and Texts, asks students to “reconcile between the following poetical lines and the feelings they express”: “The morning of glory and red liberty watered by the martyrs’ blood… the hope for the Liberation of Palestine.”

The UNRWA 8th-grade textbook for Reading Comprehension reads: “Your enemies killed your children; split open your women’s bellies, took your revered elderly people by the beard, and led them to the death pits…”

The UNRWA 7th-grade textbook, Our Beautiful Language, features a poem entitled “The Martyr”: “Hearing weapons’ clash is pleasant to my ear and the flow of blood gladdens my soul/ As we as a body thrown upon the ground skirmished over by the desert predators/…By your life! This is the death of men and whoever asks for a noble death – here it is!”

The UNRWA 5th-grade version of Our Beautiful Language includes a poem entitled “We Shall Return,” which inculcates the “Right of Return”- by force”

A sentence from An 8th-grade UNRWA Language text exhorts, “O brother, oppressors have exceeded all bounds and Jihad [Holy War] and sacrifice [fida] are imperative…”

Israel does not exist on any map in UNRWA schools, despite the fact that he Jewish state remains a member in good standing of the UN.

UNRWA removes the names of all Israeli cities, towns and farmlands from their school books and replaces them with Arab names.

FACEBOOK, when it chooses its causes, should show a human face, not the mask of UNRWA which presents a less than honest face to the world.

The Center for Near East Policy Research has examined all 365 textbooks used by UNRWA. which can be examined at: