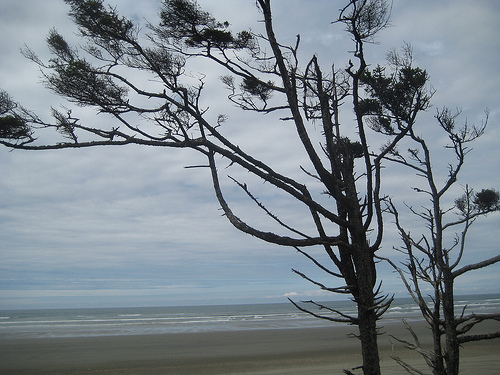 This quote came to mind as I read the latest crop of pontifications from individuals and groups purporting to speak for others on a variety of subjects. Israel and Jews are the constant targets of “aytzis” givers. For those unfamiliar with this Yiddish expression, it basically means advice usually of an unsolicited nature.

Not just advice but statements guaranteed to be so provocative and devoid of reality that their utterances will only have the opposite effect to that originally intended.

At least three such outbursts caught my attention and are worth focusing on.

Diplomats and politicians love nothing better than getting together at conferences, committee meetings and summits where they can wax eloquently and bask in the media attention which usually emanates from such gatherings. Whether it is the current hot topic of climate change or intractable international conflicts the endless talking fests seem to dominate the headlines on almost a daily basis.

One of the “in” topics these days is the Holocaust and the rise in its revisionist denial by Jew-haters of the extreme left and right as well as other groups in between. It is not just denial and revisionism but the latest tendency to equate it with other events thereby diminishing its unique status and in effect minimizing the Jewish experience.

A favourite scenario these days is to organize meetings and conferences related to the Holocaust where representatives of Governments once complicit in its facilitation can be seen and heard proclaiming a fervent desire to denounce and combat the current resurgence of Jew-hatred. Without a doubt, these speakers are genuinely desirous of tackling this scourge. Unfortunately far too often their eloquent words when analyzed fall short. They either gloss over their own country’s complicity in past anti-Jewish pogroms and actions or refuse to acknowledge present-day anti-Israel rhetoric and policies which fuel current events. Trying to divorce delegitimization of the Jewish State from delegitimization of Jews, in general, is a symptom of denial which pervades the corridors of too many foreign ministries these days.

The recent Jerusalem Post Diplomatic Conference is a classic example of how the German and French speakers strove mightily to on the one hand condemn incitement against Jews and yet at the same time justify their labelling and boycott legislation against products from parts of the Jewish homeland. There would have been very few in the audience who would have fallen for this pathetic performance. However, the same views presented at a gathering of non-Israelis elsewhere would no doubt have once again watered the poisonous seeds of hate already waiting to sprout in the fertile fields of Europe and elsewhere.

Yet another conference on antisemitism this time organized recently by the Israeli President was a classic example of well-intentioned participants engaging in earnest discussions but not really achieving anything other than mutual backslapping and engaging in flights of fancy. Taking part were the European Commission coordinator on combating antisemitism, the US special envoy for monitoring and combating antisemitism, the German Government Commissioner for combating antisemitism, the French special representative on racism, antisemitism and discrimination and the UK special envoy for post-Holocaust issues. All these worthy individuals proclaimed their fervent intention to eliminate this longest surviving virus. Unfortunately, it will take more than the combined efforts of these worthy individuals to eliminate a plague which has been around for two thousand years or more.

By not designating Hezbollah as a terrorist and Jew-hating entity the German Government facilitates the spread of anti-Israel poison and the probability of future terror attacks. Ignoring the torrent of threats by Iran to eliminate Israel and pretending that hate is the sole prerogative of the extreme right does nothing to overcome the threats we face as Israelis and Jews.

Flights of fancy and delusion merely inhibit rather than facilitate the fight against Jew-hatred. This is what Katharina Von Schnurbein of the European Commission had to say: “I am optimistic that the day will come when antisemitism will disappear. We have witnessed the impossible becoming possible (the fall of the Berlin wall). The disappearance of antisemitism will happen even though it seems unthinkable right now.”

As a heartfelt desire, this statement is commendable. Regrettably, it is devoid of any sort of reality and epitomizes the sort of wishful thinking which is best left unsaid.

Elie Wiesel stated it best when he said: “better to believe the threats of our enemies than the promises of our friends.” If anyone knew a thing or two about worthless words it was him.

In January Israel is destined to host various world leaders for the 75th. commemoration of the liberation of Auschwitz. No doubt this will be another oratorical occasion full of pathos and breast-beating but short of actual action or contrition for past policies which facilitated the genocide of Jews and others.

This week a mind-blowing piece of advice to Jews in Europe was issued by Chareidi Rabbis in Israel. Their recipe for combating physical and verbal hate was “not to stand out and instead keep a low profile.”  On reading this I was reminded of many of the Chareidi leadership in pre-war Europe who told their followers to stay put, keep a low profile, don’t stand out and pretend it will all blow over. It is incredible that in 2019 after everything we experienced the same sort of failed directives should be proclaimed.

Last but by no means least I marvelled at the declaration made by US Democratic leaders when they stated: “Trump is the biggest threat to American Jews.” Apparently a President who has a Jewish daughter, son in law and grandchildren is a greater threat to American Jews than the rampant assimilation now ravaging the Jewish community. A President who recognized Jerusalem as our Capital, shifted the embassy there, recognized Israeli sovereignty of the Golan and blew away the fiction that Jewish settlements in Judea and Samaria are illegal is a greater threat than US Jews distancing themselves from the Jewish State and any sort of meaningful Jewish identification? No wonder there is a growing disconnect between Israeli and American Jews.

As the Yiddish expression goes which more than adequately sums up the current situation: Gornisht helfin” (nothing will help).