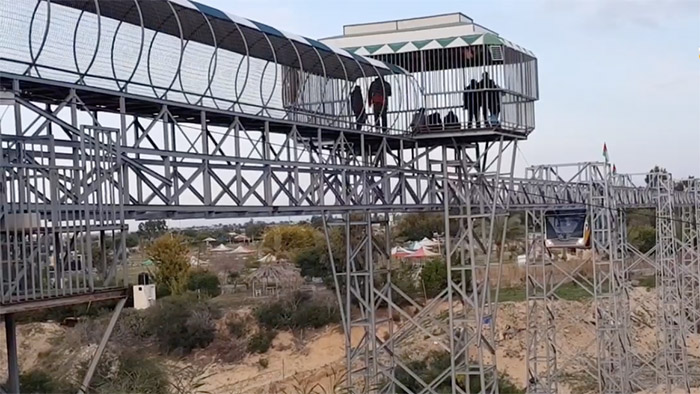 An amusement park in the southern Gaza Strip recently unveiled a train ride that seeks to simulate a journey from the isolated coastal enclave to Jerusalem’s Old City, home to a number of Islamic holy sites. The ride, which spans 550 meters and features two elevated tracks, is the newest attraction at the Asdaa City theme park in Khan Younis. It was built on land that formerly belonged to the Ganei Tal settlement, which was evacuated after Israel decided to withdraw from Gaza in 2005.