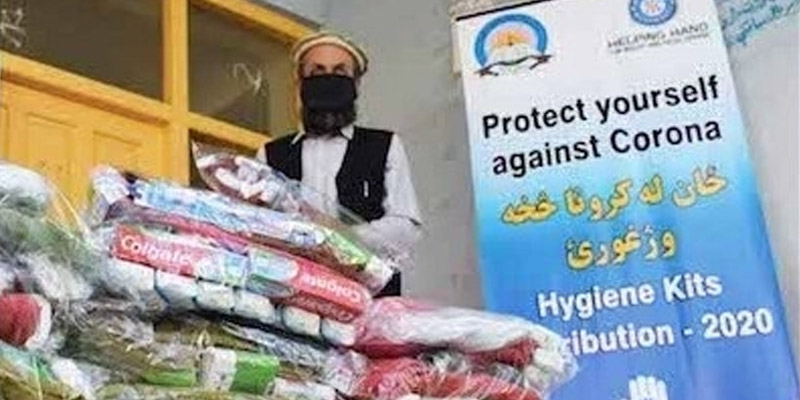 In an April 29 press release from Rep. Brian Fitzpatrick (R-Pa.) and Rep. Seth Moulton (D-Mass.), the two congressmen call on congressional leaders to ensure that nonprofits can benefit from the “next round of coronavirus disaster relief.”

According to the press release, 142 members of congress have “joined them in the call to action,” along with dozens of prominent charities. One listed charity is Helping Hand for Relief and Development (HHRD), the overseas charitable arm of America’s Jamaat-e-Islami Islamist network.

As the Middle East Forum uncovered a few years ago, HHRD organized a 2017 conference in Pakistan with the Falah-e-Insaniat Foundation and the Milli Muslim League, the charitable and political wings of the notorious Pakistani terrorist organization Lashkar-e-Taiba, which was behind the deadly Mumbai attacks in 2008, in which 166 people were murdered, including six Americans. HHRD has also openly admitted to carrying out 214 different projects with Al Khidmat, the official “welfare arm” of Jamaat-e-Islami in Pakistan, which publicly works with Hizbul Mujahedeen, another U.S-designated terrorist group. Al Khidmat also openly finances Hamas, the Palestinian terrorist organization.

In fact, as a result of these findings by the Middle East Forum, today HHRD is the subject of a congressional resolution calling on law enforcement to investigate its activities.

In recent months, HHRD has been lobbying legislators to ignore and downplay evidence of these extremist links.

Signing on now to a bipartisan effort to underwrite nonprofit work offers HHRD both congressional legitimacy and the chance of a future government subsidy.

And yet, just a few years ago, the former ICNA Relief head and viciously anti-Jewish Islamist activist Mohsin Ansari revealed he was intending to arrange a funeral service for the late Moitur Rahman Nizami, a Bangladeshi Islamist leader executed for his role in the mass-murder of tens of thousands by Islamist killing squads in 1971.HHRD’s equally radical sister organization, ICNA Relief, can also be found mingling with government officials. Across the country, from Tempe, Ariz. to Nassau County, N.Y. and Fairfax, Va., state governments and city councils have listed ICNA Relief as a coronavirus crisis resource. In Boston, ICNA Relief is among 29 organizations due to receive a share of $3 million from the Massachusetts taxpayer for coronavirus relief work.

Surely it is possible for state and federal officials to choose partners without ties to extremists.

It is difficult to reject help during a crisis, even if that help serves to sanitize duplicitous extremist charities. But given the many tens of thousands of reputable Muslim and non-Muslim charities operating across the United States, surely it is possible for state and federal officials to choose partners without ties to terrorist organizations and hateful radical ideologies.Meanwhile, the U.S. Agency for International Development proudly lists the international Muslim Brotherhood-founded charity Islamic Relief as a “faith-based organization responding to COVID-19,” despite its well-documented history of ties to Hamas, its designation as a terrorist organization by Israel and the United Arab Emirates, and the overt, violently anti-Jewish rhetoric of its U.S. officials.