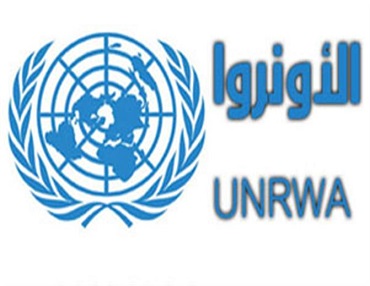 [Allocations to UNRWA without demand for transparency, change of curriculum, resettlement- David Bedein]

The Advisory Commission (AdCom) on the United Nations Relief and Works Agency for Palestine Refugees in the Near East (UNRWA) met virtually by teleconferencing on 1-2 July. Discussions focused on the ability of UNRWA to continue delivering on its mandate despite worrying regional and global developments, and despite its continued funding challenges.

Participants showed great support for the Agency, particularly in their reaction to the progress that UNRWA made to strengthen its organizational effectiveness and increase transparency, efficiency and accountability.

“Everyone present at the meeting of the AdCom wants UNRWA to succeed in providing protection and assistance to Palestine refugees,” said Philippe Lazzarini, the Agency’s Commissioner-General. “We now must continue to ensure that we have adequate funding to match that expectation.”

Palestine refugees are facing increased uncertainty in the run-up to an announced Israeli annexation of the West Bank, a massive economic crisis created by COVID-19, an economic freefall in Lebanon, an ongoing conflict in Syria and a blockade entering its fourteenth year in Gaza. These mammoth challenges have pushed an already vulnerable population further into despair, something that UNRWA is fully cognizant of. The challenges increase the reliance of Palestine refugees on UNRWA, which is seen as one of few steady, reliable and predictable elements in a highly volatile region.

“My team and I have shared with the Advisory Commission our concerns about the rapidly deteriorating daily life of Palestine refugees in our five fields of operations,” said Mr. Lazzarini. “We have also shared our view that a strong and predictable UNRWA can greatly contribute to maintaining a lifeline for 5.6 million people who look at the Agency as a source of stability and hope.”

The Advisory Commission is tasked with advising and assisting the Commissioner-General of UNRWA in carrying out the Agency’s mandate. The two-day meeting also included updates about specific areas that witnessed progress, such as a more gender-balanced recruitment process, an increase in women in senior leadership positions, advances in internal mechanisms allow for more robust oversight and management of disputes.

The Commissioner-General reiterated his urgent call for all partners to continue their support to UNRWA and implored that members of the Advisory Commission help him broaden the Agency’s donor base and ensure multiyear funding rather than annual funding, as a way to help longer term planning.

“I am also concerned with where we stand with our programme budget, the budget that allows core services such as health education and social services to continue without interruption,” added Mr. Lazzarini. “If we do reach the level of funding that we need for all our core programmes, I will have to go back to this Advisory Commission for guidance on the programmes that the Agency must prioritize over others. For now, when I am asked whether UNRWA schools will open in September, my answer is yes. I will do everything I can to allow half a million girls and boys go back to school.”