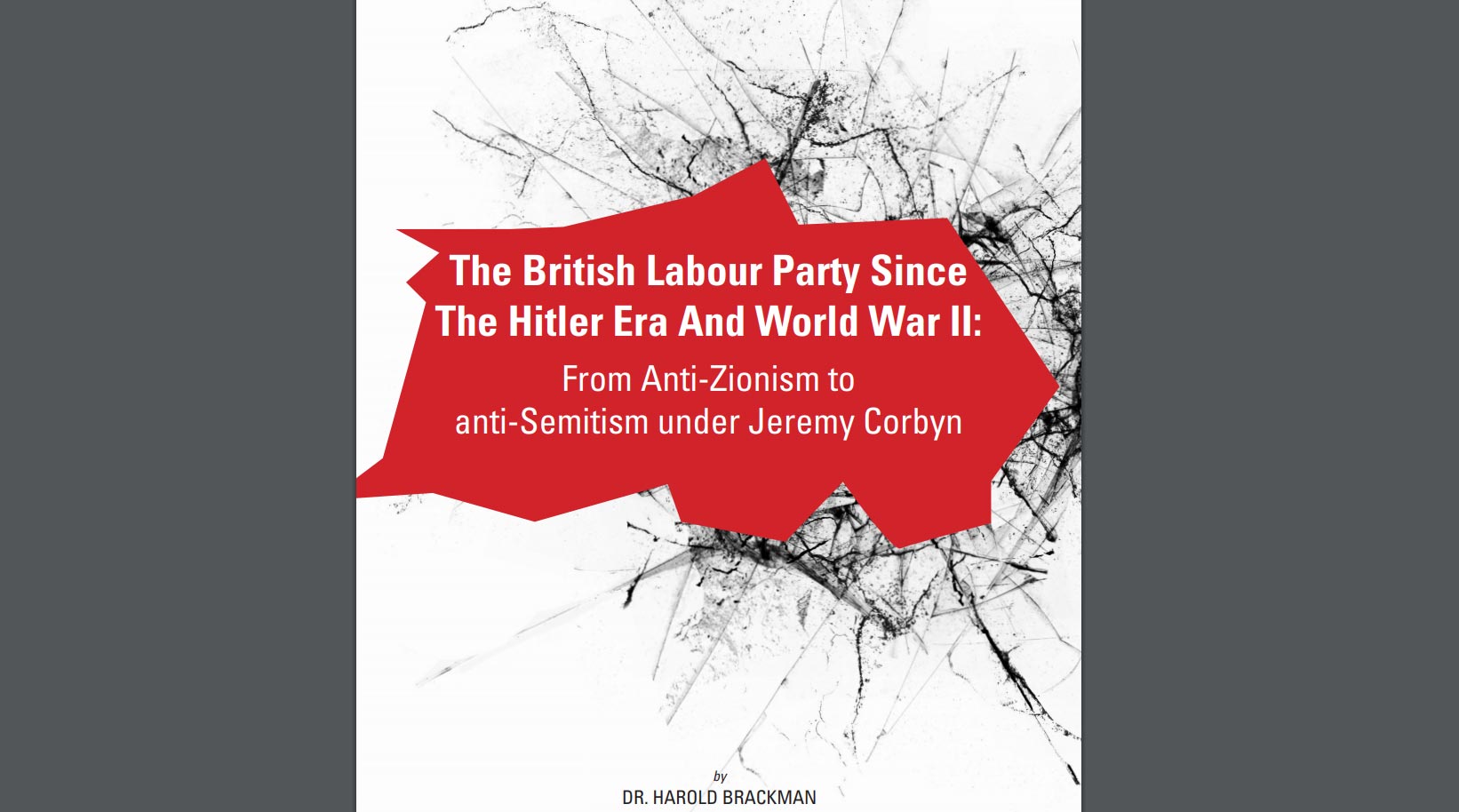 In 2012 while plotting his rise to control of the British Labour Party, Corbyn admiringly defended a mural depicting ravenous Jewish bankers taking bites out of the backs of naked Third World minorities.14 Not since the meteoric career of Sir Oswald Mosley, leader of the British fascists in the 1930s, who never seriously threatened to become PM, had British Jews faced such danger from a major political figure.

Corbyn has supported the campaign to overturn the convictions of Jawad Botmeh and Samar Alami for the 1994 bombing of the Israeli Embassy in London; Botmeh and Alami had admitted possessing explosives and guns.

Corbyn signed five motions in support of their case between 2002 and 2006, raising issues of public interest and calling for their parole. Their convictions were upheld by the High Court of Justice in 2001 and by the European Court of Human Rights in 2007.15 Corbyn was paid £20,000 for hosting an Iranian call-in television program.

After Corbyn became British Labour Party head in 2015, defeating moderate Jewish Labourite David Miliband, he insisted that all western governments repudiate and disarm Israel in the face of the new campaign by Iranaligned Hamas to destroy the Jewish state by attacks from without and within. On Passover, Jeremy Corbyn read a message outside of the prime minister’s office on Downing Street and posted on his own Facebook page, calling for a review of arms sales to Israel because of its “illegal and inhumane” actions against Palestinians protesting on the border with Gaza. . . .They have a right to protest against their appalling conditions and the continuing blockade and occupation of Palestinian land, and in support of their right to return to their homes and their right to self-determination.”