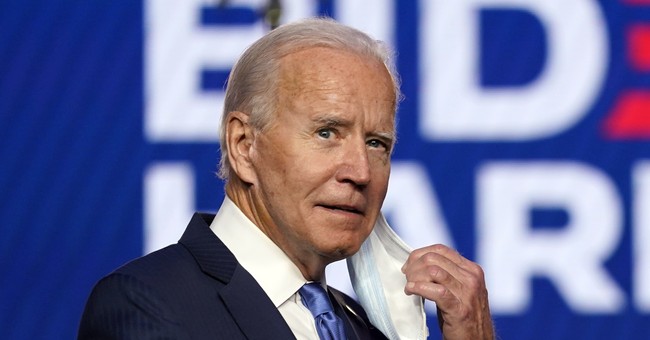 ust hours after being sworn in as Commander-in-Chief Tuesday, President Joe Biden has signed a series of executive orders. Two of them specifically endanger U.S. national security.

The first halts construction of the wall on the U.S.-Mexico border.

U.S. Customs and Border Protection Commissioner Mark Morgan, knowing this order was coming, has been pushing back on the move. The wall stops human and drug smugglers. It allows Border Patrol to better control and understand who crosses into the country. Under President Trump, 450 miles of wall were built. An additional 350 miles have already been approved and paid for.

The border wall system has transformed the operational environment on the Southwest border. The wall denies, deters and impedes the unlawful entry of people and contraband into the United States. pic.twitter.com/CNwKkWMWzS

The second reverses the ban on travel from terrorist hotspots, including Iran, Libya, Syria, Yemen, and Somalia, in addition to North Korea, Chad and Venezuela. The ban was put into place in 2017 against governments who could not provide proper documentation, vetting or identification information for citizens traveling to the United States. It required that “baseline for information sharing to support visa and immigration vetting determinations” be established, that passports were secure and that governments worked to provide information about suspected terrorists.

“Following an extensive review by the Department of Homeland Security, we are taking action today to protect the safety and security of the American people by establishing a minimum security baseline for entry into the United States,” President Trump said at the time. “We cannot afford to continue the failed policies of the past, which present an unacceptable danger to our country.  My highest obligation is to ensure the safety and security of the American people, and in issuing this new travel order, I am fulfilling that sacred obligation.”

Biden’s decision to reverse these actions puts the national security of the United States at risk.