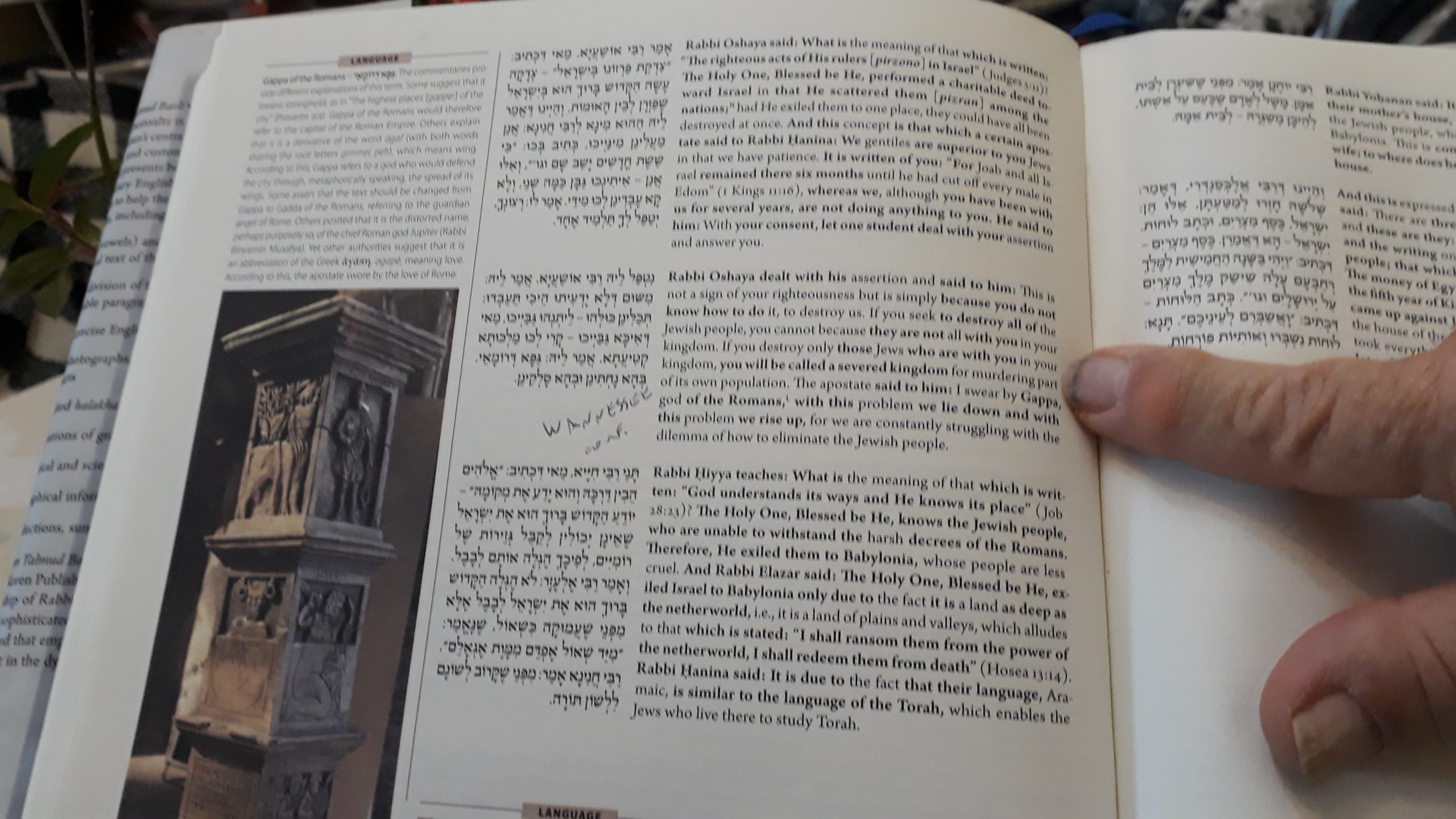 A well known Nazi deception was to study and manipulate customs and the tragedies of Jewish history.

A mystery remained at the end of the war concerned the surprising discovery of the Pesachim tractate of the Talmud inside Hitler’s bunker, found after the bunker fell into Allied hands

How did that happen?

And why was this tractate different from any other tractate?

At this time, when Jews learn the Daf Yomi daily Talmud study cycle, the tractate that is now reviewed is none other than Pesachim, which deals with every possible aspect of Passover, along with relevant aspects of Jewish lore and Jewish history.

On February 16, 2021, page 87 of Tractate Pesachim is learned in the Daf Yomi daily Talmud learning cycle.

On page 87b, the Talmud recalls the persecution that Jews face in every generation, followed by a Talmduc observation that it was God’s grace that Jews were not exiled to only one place, so that when Jews are persecuted in one venue, they can survive on another locale.

Is this was not a “vision” of the Wannsee conference which took place eighty years ago, when the Third Reich convened a conference to set in motion a master plan to murder all 11 million Jews of Europe?

Given the Nazi penchant to actually learn Jewish texts so as to “know the enemy”, could it be that there were Germans who studied Pesachim 87b?

The actual volume of the Peachim tractate found in the Nazi bunker was handed over to Rabbi Issac Herzog, then the chief Rabbi of Palestine, and today remains iin the possession of his namesake, Yitzhak Herzog, who now serves as the head of the Jewish Agency for Israel, charged with the mission of gathering the Jews from the four corners of the earth, to return to their homeland in Israel.

Full disclosure: I have participated in an early morning Daf Yomi session early in the morning every day for the past 35 years.

When a reporter who researches anti-semitism and the fate of the Jews happens to learn Daf Yomi before work each day. perspective is essential.