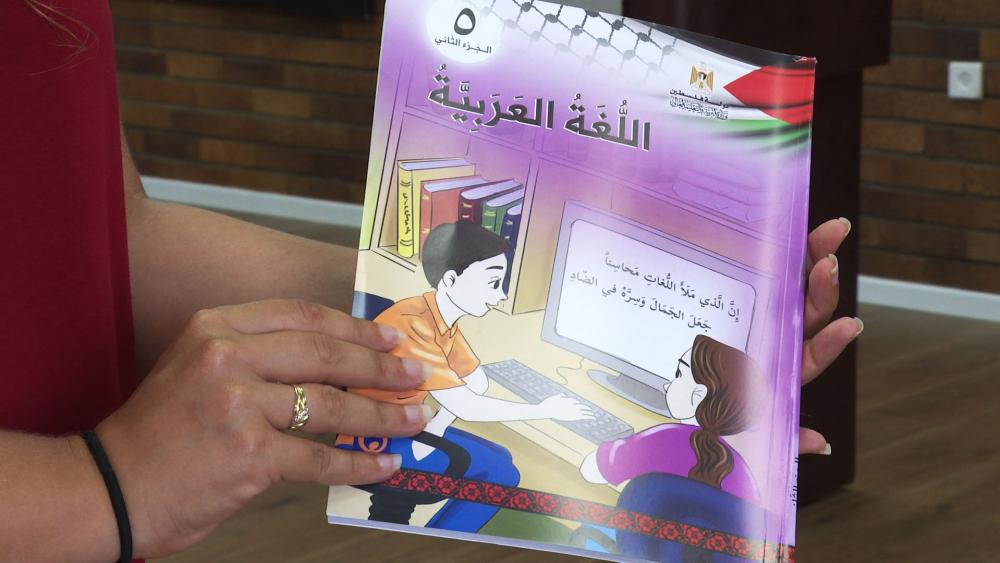 On February 9, 2021, the Bedein Center for Near East Policy Research gave its sixth briefing in less than four years for senior staff members of the UN Secretary General, concerning UNRWA policies.

Dr. Arnon Groiss, retired deputy director of the Arabic language news service of the Voice of Israel, addressed the updated UNRWA site, which confirms that UNRWA allocates 58% of its $1.5 billion budget to education.

Dr Groiss, who has examined more than 1,000 texts which the PA has provided for UNRWA over the past 20 years, ever since the PA began to issue its own textbooks, provided examples of the blatant anti-Semitism that is prevalent in the UNRWA education system, in which the PA operates as the sole source of texts for UNRWA schools in Judea, Samaria, Jerusalem and Gaza.

A flagrant example documented by Dr. Groiss was a poem that third-grade children recite each day about the extermination of Jews, which is now a popular song in UNRWA schools: “I swear, I shall sacrifice my blood In order to water the land of the noble ones, And to remove the usurper [code name for Israel] from my country And to exterminate the defeated remnants of the foreigners…”

UN Secretary General staff members make it clear that donor nations to UNRWA are held responsible for overseeing UNRWA policies. In that context, will you, in your capacity as the Ambassador of… ask that UNRWA remove antisemitism from its midst? That would include a directive to each UNRWA school to invoke the values of the UN which stress principles of peace and reconciliation as their goal.

A UN school whose walls and gates are adorned by portraits of terrorists who have committed murder does not reflect the values of UN education.