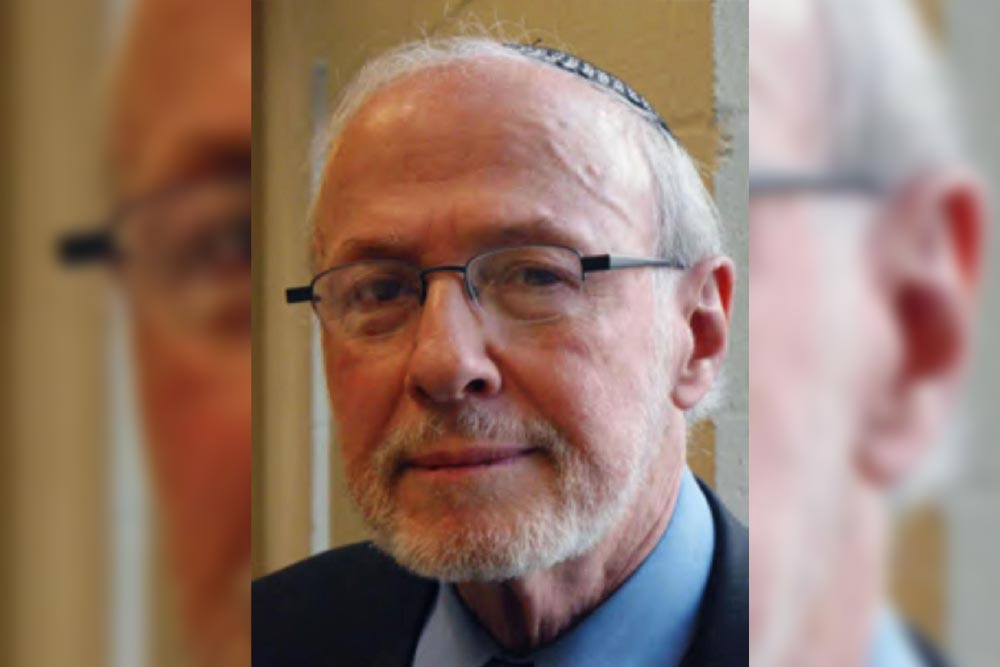 The obit for Rabbi Moshe Adler in the Cleveland Jewish News omitted mention of his trial year at Hillel in Madison, Wisconsin., which could well be described as his baptism by fire.

Full disclosure. I was a student of Moshe Adler in 1969 when he served in his position at the Hillel Foundation at the University of Wisconsin

Moshe walked into the Madison Hillel in the midst of turblulence generated by concerning civil rights, Vietnam, the P.L.O. and the post woodstock cultural revolution.

This was Rabbi Adler’s first experience after of Yeshiva.

He and his wife Rachel walked into an inferno which combined activism, passion and anger.

Moshe handled it like a mensch. I was all of 19 years old and I too was consumed by aggressiveness of the late 60s and made a demand of Moshe – that if he wanted us to come to shul, he would have to translate the entire Rosh Hashana service so every Jew on campus could understand what was going on.

Thinking back, this was the height of chutzpah, yet Moshe handled it in such a way that everyone respected what he did, which is to explain every aspect of the service so that every Jew on campus would indeed feel comfortable.

That was just the beginning of Moshes multilevel challenges in Madison.

As the anti-war movement became more activist and more radical, Moshe was asked the kind of questions that no Rabbi would ever want to deal with – questions of life and death, which we, in our late teenage years were coping with.

Someone on campus handed Moshe the document which showed that the U.S. Army Math Research Center, located at the heart of the campus was churning out substances which were used for chemical warfare in Vietnam. The document was verified and widely circulated.

Students began to ask whether they should trash the building of the U.S. Army Math Research Center

Moshe was thrown into an acrimonious discussion which raged for the next several months.

Moshe did everything in his power to gently persuade passionate students to hold back on threats against the personnel of the Army Math Research Center so that no lives would be lost in the process.

I watched Moshe develop a gentle, clear way of dialogue with radicals of the late 60s in such a way that they would listen to common sense.

I distinctly remember Moshe meeting Jerry Rubin, who had become famous or infamous – depending on your point of view – following the Chicago 7 trial.

I will never forget Jerry Rubin looking at Moshe Adler and saying: “You are the kind of rabbi that I can deal with.”

Rabbi Adler, over the years, influenced an untold number of young people who were searching for themselves in those turbulent times.

Moshe had a way of speaking to people.

Moshe’s manner was something to be emulated.

Fifty years later, recalling calm talks with Moshe and Rachel over the third meal of Shabbat as if they occurred yesterday.

Moshe’s way of how to respond to a Jew under fire stays with me to this day.

The tragic conclusion of Moshe’s year in Madison was not pleasant. Four students indeed blew up the Army Math Research Center in August 1970, shortly after Moshe left Madison.

A Jewish student working on his postdoc was killed in the attack.

Moshe’s attempt to to douse the flames of violence were not heeded and the tragedy of that bombing still resonates in Madison.

22 years ago, when I visited Cleveland, while attending the annual conference of the American Jewish Press Association, I sought out Moshe Adler

He presented the same gentle soul that comforted me during that intense year .

Moshe had blessed me to go to Israel in 1970, where I have lived ever since. Moshe’s encouragement has stayed in my heart ever since,

God makes people like Moshe Adler for times of distress. I will miss Moshe.