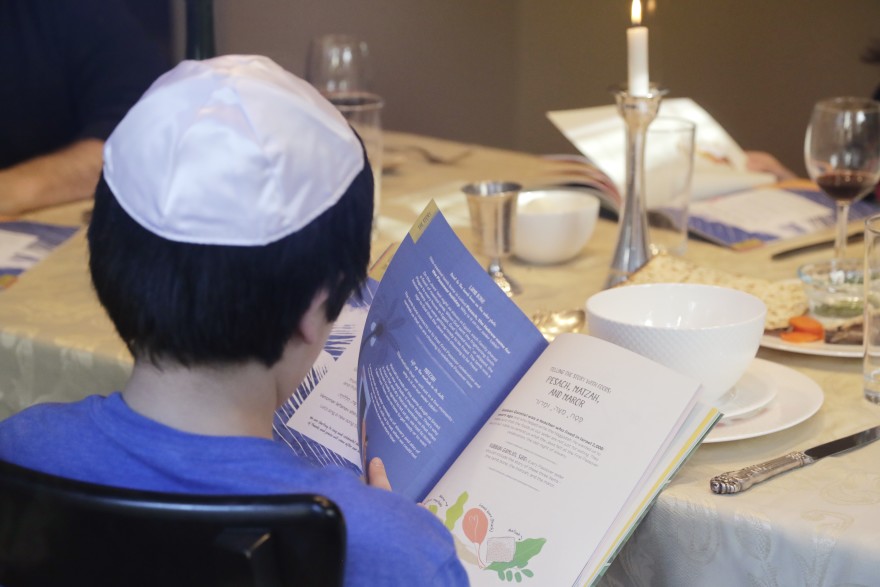 As we sit around the Seder table this year it will be an ideal opportunity to reflect on the real reason we are celebrating.

It has become fashionable in many parts of the world, especially in America, to give the Festival of Passover a connection with some trending modern-day theme rarely related to the real meaning of the Holyday.

Freedom from all sorts of oppressive behaviour and whatever the particular flavour of the month maybe seems to be the “in thing” in many circles. There is nothing wrong with drawing lessons about freedom and oppression from this annual celebration but quite often it comes at the cost of what Pesach is originally all about. For anyone removed from the mainstream of Jewish life and knowledge it is no doubt meaningful to gather together once a year with friends and family in order to savour the delights of ethnic food and indulge in social bonding. Likewise, there can be chance encounters which might reignite some sort of Judaic spark and benefit from outreach activities.

For visitors, travellers and strangers in foreign countries Chabad serves as a lighthouse beacon and welcoming base providing hospitality, Kosher food and warm fellowship without any sort of intimidating demands.

All these scenarios demonstrate the kaleidoscope of Jewish life.

When all is said and done however in order for participants to internalize the fundamental lessons of the Festival it is necessary to learn about and above all recognize what it is all about.

Yes – although oppression, enslavement, denial of human rights, plagues are important components of the story the bedrock theme is all about liberation from an alien country and the commencement of a long journey to our own Land.

Since our dispersions, after the destruction of the first and second Temples we have been scattered to the four corners of the globe. There was hardly any sustained period of time when we were able to live in peace and tranquillity during the two thousand years of exile. During the time of the inquisition we had to practice our faith in secret and Seder night was fraught with mortal danger. In Europe, Passover was an especially tense time as blood libels and theological Jew-hatred ran rampant. Even when rare periods of tolerance made tentative appearances, Jews were wary about displaying their religious observances in public.

Despite all obstacles and persecutions at Passover, the story of the Exodus from Egypt was recited at family and communal gatherings wherever Jews lived. The culmination of the Haggadah recitation was the fervent prayer “next year in Jerusalem.” For most this was an impossible dream kept alive annually but never to be fulfilled in anyone’s lifetime.

Why does the Seder service end with the prayer that we should be all present in Jerusalem?

The simple answer is that just as the original deliverance from oppression was the commencement of our journey to sovereignty in our own land so the logical lesson for every generation is that this is still the game plan.

Until 1948 the ability to leave one’s alien environment and settle in the Promised Land was daunting and almost impossible for most. Since then the dream of being next year in Jerusalem is attainable and for an increasing number of Jews has become more urgent than ever. No matter how secure many may feel, past history demonstrates that this can be fleeting and fragile. How many are now not wearing kippot or identifiable Jewish symbols in public? Increasing numbers of Jews today face life without Kosher meat because Shechita is banned and more may suddenly wake up to discover that Brit Mila has been outlawed.

As long as we remain a vulnerable minority in places where Jews and Judaism are increasingly seen as somehow alien and out of step with the latest politically correct doublespeak and cancel culture we will be targeted for special attention. It seems incredible that as we now have returned to our ancestral homeland the annual Seder recitation of a return to Jerusalem should still be an unfulfilled dream.

With all its imperfections Israel is nevertheless still the only place where being a Jew does not need any apology or explanation and where our sovereignty can once again be defined, celebrated and defended.

Pesach has never been more meaningful for us as a family since we made Aliyah thirty years ago. It has confirmed that we have finally come home and that we can be partners in the most exciting restoration of Jewish life in the place promised to our ancestors for all subsequent generations.

One of the best-known recitations from the Seder night Haggadah is DAYENU loosely translated as “it would be sufficient or enough.”

I have composed my own updated modern version which I offer as a light-hearted contribution to this year’s festivities.

If He would have freed our ancestors

And not made us wander for 40 years – Dayenu

If HE had made us wander for 40 years

And not caused our enemies to attack us – Dayenu

If HE had caused our enemies to attack us

And not allowed us to settle in peace – Dayenu

If HE had allowed us to settle in peace

And not restricted the number of political parties – Dayenu

If He had restricted the number of political parties

And not made us a stiff-necked people – Dayenu

If HE had made us a stiff-necked people

And not created so many ego-tripping politicians – Dayenu

If HE had created so many ego-tripping politicians

And not enabled us to flourish – Dayenu

If HE would have enabled us to flourish

And not afflicted us with COVID 19 – Dayenu

Yet despite all plagues, politicians and challenges

HE has truly transformed us into the innovation nation

As the votes are being tallied, contested and tabulated, we await the inevitable period of uncertainty until something resembling a strong coalition can be cobbled together and those elected start to tackle the multitude of challenges looming ahead.

Hopefully, this year will see the fulfilment of our Pesach prayer and we will be able to witness a return to Jerusalem by an increasing number of dispersed Jews.

Meanwhile, Chag Sameach wherever you may presently be domiciled.