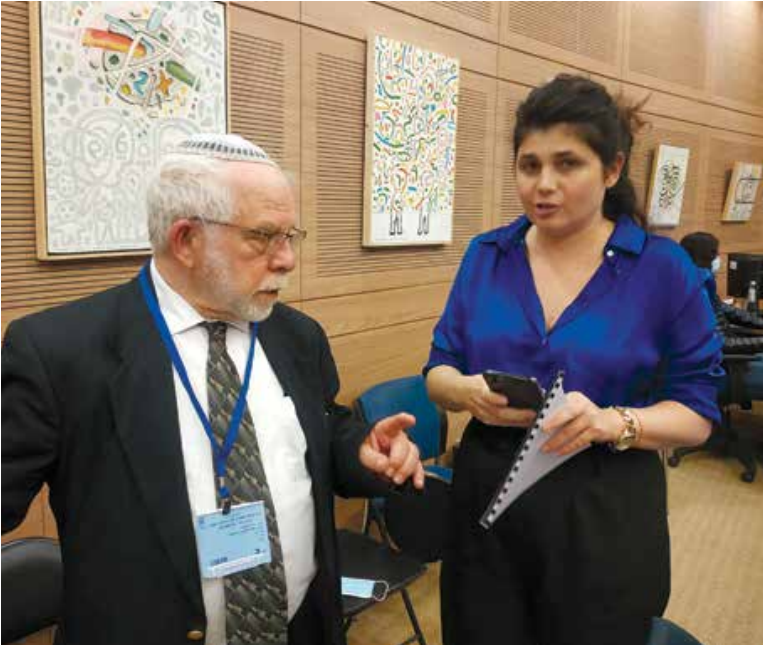 From the perspective of an MSW community organization social work professional, suffice it to say that the function of any social work refugee agency is to help people
to get on with their lives.

The exception to the rule is the social work agency UNRWA, which mandates that 5.3
million descendants of Arab refugees from the 1948 war must live as refugees in perpetuity, in the continuing indignity of 59 “temporary” refugee camps, under the fake
promise of the right of return to villages that no longer exist.
Indeed, the future was not on the agenda of the UNRWA international donors conference on November 15 in Brussels, which only dealt with raising funds to keep Arab
refugees in refugee camps.

Toward that conference, the Nahum Bedein Center for Near East Policy Researchsent photographers to get a sense of the current atmosphere in the teeming Aida and Deheisha UNRWA refugee camps in Bethlehem.

The photojournalists returned with 915 pictures of massive murals which don the fences of refugee facilities, all of which depict one theme: war against the Jews to liberate lost Arab villages – and by force of arms.

These murals of life in temporary UNRWA facilities will be the subject of an on-line
UNRWA photo exhibit that will be displayed at UNRWA-Monitor.com All this begs the question: where does UNRWA go from here?

Here are five policy suggestions that should be on the agenda of the next UNRWA Donors Conference, with one purpose in mind: to help 5.3 million descendants of refugees from the 1948 war get on with their lives, instead of living a refugee life in perpetuity.

1. Cancel the new UNRWA war curriculum – based on Jihad, martyrdom, and the “right of return by force of arms,” which have no place in UN education – whose theme is “Peace Begins Here.”

2. Disarm UNRWA schools and cease paramilitary training in all UNRWA facilities. It is an absurdity that UNRWA, a UN agency with a purported commitment to “peace education,” allows such arms training and missile fire from its premises.

3. Insist that UNRWA dismiss employees affiliated with Hamas, in accordance with
laws of donor nations that forbid aid to any agency that employs members of a terrorist
organization.

4. Introduce UNHCR standards to advance resettlement of fourth- and fifth-generation
refugees from the 1948 war who have spent seven decades relegated to refugee status.Current UNRWA policy is that any Arab refugee resettlement would interfere with the
“right of return” to pre-1948 Arab localities.

By adopting the stance of Arab maximalists, UNRWA flouts its commitment to the future of Arab refugees from 1948 and their descendants.

5. Demand an audit of the $1.5 billion budget that flows from 68 nations and 33 nongovernment organizations. This would address documented reports of wasted resources, duplication of services, and undesired wads of cash to terror groups that now
dominate the UNRWA population.

This will represent the agenda of the new Israel Knesset Task Lobby for UNRWA policy change, chaired by MK Sharren Haskel, which will convene its next session in January.

David Bedein, who has produced 20 movies about UNRWA, shot on location, directs
Israel Resource News Agency and the Nahum Bedein Center for Near East Policy
Research

Canadians for Peace Now welcome a leading basher of Israel.