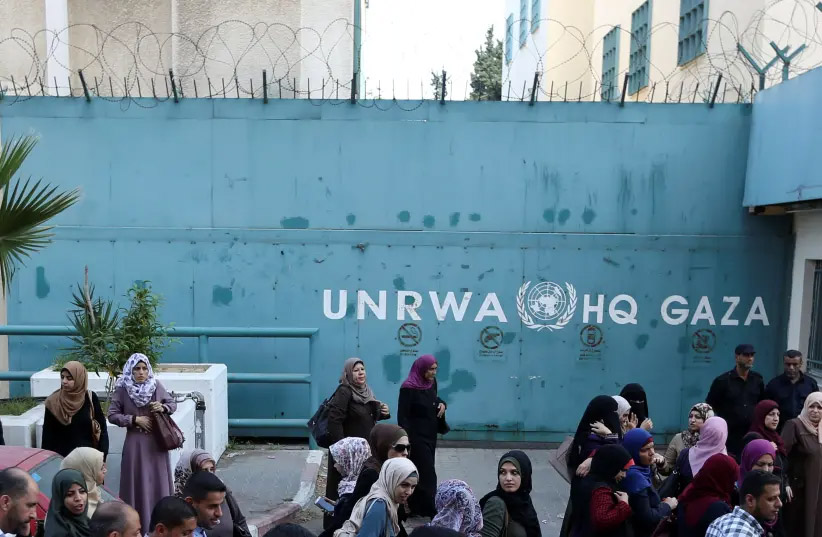 Translated from Portugese, The UNRWA fake concern for refugees…

According to UNRWA, there are now over 5 million Palestinian refugees, the only people whose refugee status is passed on to the next generation with its own agency,

By not following UNHCR’s refugee resettlement standards. UNRWA now employs more than 30,000 people and has a billion-dollar budget annually, where more than 58% of the money goes to education.

It is noteworthy that the Secretary is aware of the questionable fate of donations to UNRWA, financing of chaos and terrorism at the expense of quality education for refugees.

In UNRWA schools across the Middle East, the doctrine taught is that the best way to honor the Palestinian cause is bloodshed. UNRWA has gigantic power, not only economic and political, but also influence, its structure has become a factory of extremists and terrorists who grow up believing in an ideal world where evil is represented by Jews and Israel.

We are not calling for an end to UNRWA. We believe that such power should be used for good, and we see the organization’s potential to generate peace advocates , willing to determine themselves and build their own future.

For that to happen, is necessary to end with the incitement to violence perpetrated in UNRWA schools and to reform their its guidelines and to facilitate more transparency in their use of funds.

It is evident that the entire UNRWA apparatus is compromised, since there is no economic, social and political mobility for its refugees

Instead, the agency condemns all generations of Palestinians to live as refugees, in camps that have become eternal homes, in an atmosphere of violence.

Education is the basis of everything, so that children can grow up learning that life is what they have of most value and must be used every minute to build a future, giving the freedom and opportunity for a life beyond the indoctrination of terror.

How will peace begin there, if the curriculum preaches the demonization of Israel and the Jews? It is necessary for UNRWA to declare its independence from the influence of the PLO, Hamas and other extremists

Thus, to maintain the commitment to “openness, tolerance and coexistence”, as said by UN secretary general, we must start with an analysis of the maps painted on the walls of UNRWA schools, along with with terrorist images and slogans.

Examine the material used in schools, so that do not terrorists being praised as honored martyrs

Make sure that the officials representing the UN agency are not members of internationally recognized terrorist groups. We want your real commitment to tolerance and coexistenc

Mr. António Guterres, as the UN Secretary General. Please stop turning a blind eye to UNRWA incitement against the State of Israel, the only guarantee that the Jewish people will be protected and safe

Honor your commitment to “openness, tolerance and coexistence”.